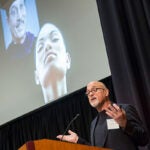 In recent years, cancer patients have benefited from a new array of weapons to fight the disease. Traditional chemotherapy and radiation therapy — blunt clubs aimed at any fast-growing cell in the body — have been augmented by “targeted therapy” drugs that interfere with specific cellular functions in an attempt to block cancer growth.

More recently, therapies that unleash the body’s immune system on cancer have been making their way to the clinic, offering new “immunotherapy” weapons in what has become an expanding clinical arsenal.

Pandolfi talked to the Gazette about the encouraging progress in the fight against cancer and about a promising new avenue of investigation opened by the discovery of another type of RNA.

GAZETTE: You wrote in 2013 that we’re in a period of unprecedented opportunity in cancer research. Do you still believe that, and, if so, why?

PANDOLFI: Absolutely. … I haven’t changed my mind a bit. Actually, there is more enthusiasm now, and our symposium was a testament to the enthusiasm. It was well attended because everyone is [asking] about the revolution in immune therapy. … But there is a second aspect, which is the noncoding RNA revolution. I don’t know if you’ve heard about it?

GAZETTE: What can you tell me about it?

PANDOLFI: This eye-opening, almost inconvenient truth emerged that our genome is a bit more complex than anticipated.

We are [now] able to not only sequence the genome, but to sequence the transcriptome, the RNA that comes from the DNA.

We realized that our protein-coding genome is only 2 percent of the [entire genome], [but] the rest of the genome — the other 98 percent — is not silent and does more than regulate protein-coding gene expression. In fact, it’s heavily transcribed and … at last count, we may have as many as 100,000 RNAs in our cells that don’t code for proteins.

These include circular RNAs, circRNAs, which we didn’t see until now because we didn’t have the bioinformatics tools. Now, we appreciate that this species is one of the most abundant RNAs in our cells.

We discovered that these RNAs are functional or profoundly dysfunctional, driving disease as well as protein-coding genes. This new knowledge will allow us to find new disease genes, to develop new drugs and new medicines. We are talking about RNA medicine. In our Cancer Center, we launched the Institute for RNA Medicine, a research initiative [that] is expected soon to become Harvard-wide.

PANDOLFI: There are two major breakthroughs. One is the targeted therapy revolution.

Conceptually, we’ve moved from chemotherapy and radiotherapy, which are based on the only thing that we [once] knew about cancer: that it is characterized by proliferation.

The idea was that if you block proliferation, the cancer will suffer. [But] resistance ensues, and toxicity is huge because our body also has [noncancer] cells that proliferate.

Then we discovered cancer is driven by protein-coding genes. … We could develop drugs that do not necessarily kill the cancer cell, but rather fix the molecular problem [within the cell].

This approach led to great success. The reason why I’m here and director of this Cancer Center is … the story of a leukemia, APL [acute promyelocytic leukemia], which we cured.

We developed a combinatorial treatment, which eradicated the disease. We found two drugs that go after the oncogene. Now this concept is accepted, with hundreds of targets, hundreds of oncogenes or tumor suppressors. The pharmaceutical industry is working hard in that space.

The second new weapon is immune therapy. Cancer cells shut down the immune response in many ways. Cancer basically develops a shield to protect itself from the immune system. Now scientists have cracked this shield with approaches that go after it and break it down.

The fruition of this new approach is what we are experiencing now. There are immune therapies that can really cure, meaning you can deploy the drug that breaks the shield and the immune system wipes the cancer out. The beauty of all this is … you can develop vaccines.

GAZETTE: We know a lot more about cancer than we did before, but part of what we know is that even within different types of cancer — lung cancer, liver cancer, breast cancer — there are different genetic profiles …

PANDOLFI: We already know that cancer is not one disease, but many. Complexity is very high.

Then, say the cancer [has] many mutations. Which mutation would confer resistance to that drug, and which combination of drugs will overcome that resistance? How can we combine them with immune therapies? The challenge now is how do we test all these things because if we did it in a human being, it would take forever.

We came up with this idea of the “mouse hospital,” which is one of the signatures of our Cancer Center. We re-created the complexity of human cancer at three levels.

First, we made mice that are genetically engineered to harbor all these genes that we are talking about, and now the noncoding RNAs. So the idea is to make a mouse which is a phenocopy of the cancer of Mr. Smith, who is treated at the Cancer Center, by engineering the mouse to express the genes of Mr. Smith. 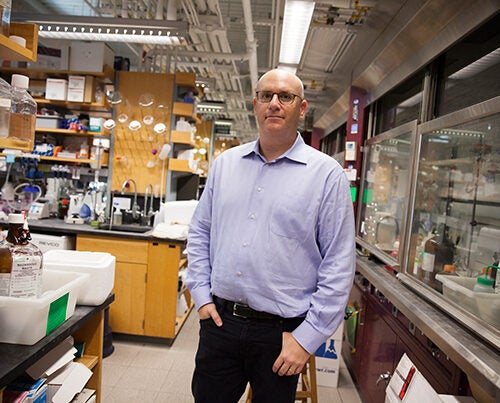 The second way is that you take the tumor of Mr. Smith, a biopsy, and you put it in a mouse. This is called an “avatar approach” or “patient-derived xenograft.” So you put the tumor in a mouse, and then you retransplant it in many mice. You have 100 mice, then you treat them with several drugs to very quickly understand which [drug] would work and which one would not.

Meanwhile, Mr. Smith gets his standard therapy. They offer him drug X, then he fails and they offer him drug Y. As soon as he fails everything standard, there is what I call the panic phase. If you have the [mouse] avatar, while the patient is given the standard treatment, you can find a new drug or new drug combination that you can offer.

The third approach is even faster. Again, Mr. Smith comes to the center, we biopsy his tumor or we take a leukemia sample and we put it in a [lab] dish. We grow mini tumors — organoids — and again test with several drugs. The organoid has the advantage that it is much less expensive and much faster. You can go from biopsy to drug testing in a matter of weeks.

The next hurdle is very simple: Who pays for it? Maybe we’ll convince the insurers to pay for organoids. You don’t want to spend a huge amount of money to give Mr. Smith a drug that doesn’t work. So … why don’t you give us a little more money to do genotyping analysis and organoids? This prescreening allows you to know if the drug is needed.

But we are not yet there. [Now] this approach is funded by government through grants, by philanthropy, and by the cancer center.

GAZETTE:: How long until these new therapies become the standard of care? People are still getting chemo and radiation therapy …

The other thing happening now is the need to deliver combination therapy. But the FDA still doesn’t allow you to try a combination or cocktail of drugs in [clinical trials]. You have to do it one at a time, which is never-ending. There are a number of people who are pushing to do a cocktail of drugs up front. You would combine them all and do phase 1 and phase 2 and phase 3 [trials].

At the moment all this is done, almost invariably, at the end of the journey when the panic phase ensues.

GAZETTE: And when the person is much sicker.

PANDOLFI: And when the patient is much sicker, when the cancer is much more complex because it has evolved in your body.

We need to push the envelope [of] early diagnosis. [If] you have three nanoparticles in your body that signal there is something wrong, you go in and take them out. If you can do that, you’re treating a cancer which is simpler … the genetic complexity is smaller, the size is smaller, and the targeted therapy and immune therapy will be much easier to deploy.

I think the noncoding RNA will help. We need to find biomarkers that we can use and can monitor on almost a regular basis. We will probably introduce a panel of genes or RNAs that you can detect in your blood that will spy for possible cancer development.

GAZETTE: Would you do that every year at your annual checkup?

PANDOLFI: Why not? Men over 50 have the PSA [prostate specific antigen] test … and the PSA is one marker. Imagine that you can test 100 markers and increase the accuracy. You have a test that is all cancer, “pan-cancer,” you have 50 genes, and you are sure that if one of them is regulated, it’s either prostate or colon. You follow up with imaging and if you find something wrong, you get it out.

GAZETTE: Which cancers do you think are most likely to be cured?

The other factor is that you need to have some time to play the game, so I think slowly developing cancers that give time to the operators to use this panoply of drugs, such as prostate cancer or cancers that are already impacted by current therapies, will be cured first.