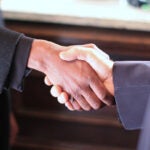 Seeing past disabilities in the job search

Intimacy and memory intertwine when living in the Dudley Co-op

The sun warms the alcove. On the corner of Sacramento Street and Massachusetts Avenue, the room fitted with two Victorian windows set perpendicular to each other makes me feel like I slumber in a treehouse.

The windows are open. A light breeze flows through and mixes with the sweet smell of molasses bread someone bakes in the kitchen on the floor below. I hear friends talking and laughing on the front porch. An ashy smell indicates that a cigarette is lit. In the early morning, a tree outside the window throws faint rustling shadows onto the white ceiling. I try to capture them with a camera, but they are so pale as to be perceptible only to the human eye. The tree is more vibrant than its shadows. An early turner, it burns red while the others cling to their green.

The room contains a fireplace, blocked off but framed by cracked tiles painted with sparrows darting across a blue sky. There are too many old mirrors in the room. Everywhere I turn, a blurred reflection looks back. The floors are unpolished, leaving feet open to splinters, but a straw rug mostly solves the problem. Mismatched chairs crowd the room — eccentric tweed, somber leather, faux-opulent velvet, each of a different era, each left by a former dweller. One year’s occupant had enthusiastically covered the walls in a brilliant orange. Later, they were redone in a more sedate purple, but bright remnants can be seen along the ceiling cornices.

The door is a slab of heavy oak that swings solidly shut. A sticker pasted above the knob advises going out the window in case of fire, and it is a wonder that, in the past half-century, there have only been two significant fires in the old house. The building is entirely wooden, large and solid, adorned with stained glass and capped with a triumphant turret. The porch is wood, the staircase and its smooth rail, the expansive windows, the motley stools, the carved lintels, all dark and worn.

This house is my home. In bare feet, I walk inside, risking splinters and broken glass. In the kitchen, we — the ones who live here — bake our bread, tear pieces with our hands, stir the steaming contents of cavernous pots, pour drinks, break dishes, sweep the shards. A backyard garden yields squash, carrots, tomatoes, herbs, and a trellis drooping with autumn grapes. Flour is sieved, vegetables are chopped, cans are wrested open, spices scattered, and friends fed from painted plates. From the living room, the strains of piano music accompany the clatter of utensils. Most days someone pauses at the bench and plays a tune. Other instruments are at hand for less serious musicians: a beer-can maraca, a tissue-box guitar.

This house, the Dudley Co-op, was founded in 1958 by a group of Harvard undergraduates who could not afford to live in the dormitories. The men eschewed the coat-and-tie dinners of Adams House and the opulent teas of Lowell to live here, in this big Victorian north on Mass. Ave. In truth, its early years were not “cooperative.” The young men hired Radcliffe women to cook and clean; even so, room and board was still, apparently, less expensive than in the Houses.

By the 1960s, women had informally begun to move in. In 1971 the house was officially opened to students without regard to gender. The house occasionally was home to people other than Harvard students. Over the years it hosted two homeless men adopted in defiance of official rules, who became icons — but who also often alienated the women who had just begun to take their places at the co-op and the University. The residents now have a reputation for activism, and many consciously work to change their worlds for the better, in ways both loud and quiet. Yet, even now, each year’s cooperative may lament the passing of the years just gone. Things were always better before, done better with old friends and old memories, and the cycle of nostalgia does not end until the realization that life is inevitably and eternally of the moment — and there is some comfort in that. 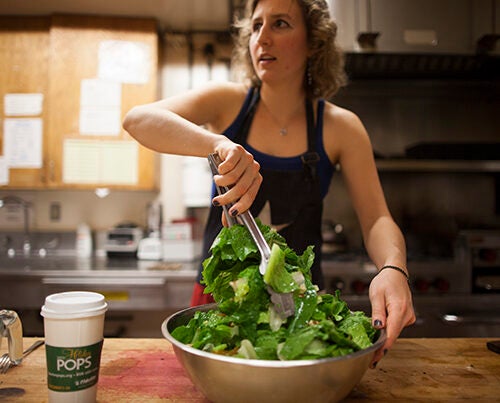 Where the nonconformist gets domestic

In 2016, my senior year of college, I most often feel comfort and acceptance. It was not always like this. I grew up in Nebraska, ostensibly a fly-over state, though one whose landscape emerges in the imagination of anyone who thinks “America.” We had long golden rows of corn that looked like ripples from the window of a moving car. We watched football games in open-air stadiums with concrete seats. We crowned homecoming queens and kings. We were the center of Tornado Alley: Thunderclouds piled high in Big Sky Country and made mountains where none existed. The seasons were intense but evenly spaced. Hot languid summers were followed by brisk winters that snapped the trees with cold fingers. People wrestled with lawnmowers, and when tornado sirens sounded they bundled their families into the basements to watch movies, and they hung up their Christmas lights immediately after Thanksgiving.

But I was not a part of Nebraska, nor it of me, save for the pure blue of the sky after a storm that will haunt my memory, or the drive down a highway so straight and long it made me think a journey could last forever, or the mellow peace of a suburban lawn — well, I don’t know, belonging is hard to categorize. Many students like me enter Harvard feeling out of place. I think this is partly because, for many, this institution, and others like it, wasn’t founded for people from our particular walks of life. The reminders accumulate: the names on the buildings and streets, the mansions and mission statements, the subtle behaviors familiar to some, and painfully adopted by others. If you let them, they create an atmosphere of slight but constant unease.

Only the length of three years has taught me the difference between here and the rest of America. When people ask how different it was to grow up in Nebraska, my mind blanks. There is a world of difference, I want to say, but at the same time there is none at all. The straight gray highways of the Midwest are far from the cobblestone streets of Boston, but Nebraska had cobblestones too in the quaint old parts of its cities. And a few miles outside of Boston the road also runs long and empty through rustling pines. Even here, occasional storm clouds trouble the sky. Nebraska’s past does not belong to me; its future truly belongs only to those who stay and grow older there. Harvard is the same. Although the students who come may lay claim to its name, we are itinerant residents. I leave marks on its culture, perhaps, but the foundations of its buildings have been set. I pause for a season and then the next generation takes my place.

But maybe those small touches do accumulate. The staircase banister in the cooperative is worn smooth and tan from nearly a century’s worth of fingers tapping along it, knuckles rapping, or hands holding on for dear life. The halls of Harvard are hung with faces whose names I do not know. In this house, old images also layer the walls, but sometimes they break their barriers of unfamiliarity. Someone coming through the doors sees a photograph and tells a story. Murals are signed by authors’ name and years of make — 1968, 1999, 2012, and so on.

This is a paean to an old house in which young people have left their memories. This year I am still young, but this place makes me feel old when the evenings come early and cold. I step out the door and walk south on Massachusetts Avenue. Nebraska never possessed native trees like these, these thick gnarled beasts that fade into the landscape until they burn red in the autumn sun. They have molded themselves to the brick buildings which look onto the street with long yellow eyes. I read the names carved on the gates, on the cobblestones, on the signs. They are not my own. The wind touches them lightly, dancing and marking and coming to rest. I speak my own name into the evening air.