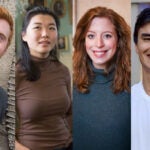 With changes in U.S. immigration policy possible, Harvard outlines its support network for students who may be affected

As President-elect Donald Trump puts together the administration that will help transform his campaign pledges — including those on immigration — into action, Harvard’s community is coming together around members who might be affected.

While Trump’s actual immigration policies are still unclear, his campaign pledge to deport millions of undocumented migrants and revoke President Obama’s Deferred Action for Childhood Arrivals (DACA) policy has raised anxiety among Harvard’s undocumented students, as well as among their classmates, faculty members, and administrators who work with them.

“There’s definitely anxiety, fear, frustration, some degree of anger, I would say,” said Maureen Martin, director of immigration services for the Harvard International Office, who is part of a group of Harvard administrators who have come together to coordinate the response on behalf of undocumented students.

No one at the University knows precisely how many undocumented students are at Harvard, Martin said, because they aren’t asked to identify themselves. Several students have revealed their undocumented status, however, and estimates indicate there are roughly 10 students per class at Harvard College and an unknown number at the graduate Schools.

In the last week, faculty members and students have expressed their concern for undocumented students in the Harvard community, including staging a rally on the steps of Widener Library.

Harvard President Drew Faust was among 200 college and university presidents who recently signed an open statement in support of maintaining and expanding the DACA program, which protects from deportation undocumented students brought to the U.S. as children. The statement calls students benefiting from the program “exemplary student scholars and student leaders” who are “actively contributing to their local communities” and who have been able to pursue opportunities in business and education. It further offers to meet with national leaders to present the case for the policy.

Faust has also called for the University community to support its vulnerable members. In emails on Nov. 15 and on Monday, Faust said the University is committed to diversity as a bedrock principle underlying its educational mission and reiterated that Harvard rejects violence, hatred, and divisiveness. Monday’s email was intended to specifically address the concerns of undocumented students in the community, and to “reaffirm our clear and unequivocal support for these individuals, who are part of the fabric of University life.”

She appointed her chief of staff, Lars Madsen, to coordinate efforts to support and guide undocumented students across the University.

“We must together demonstrate what it means to be a community enriched, not embattled, by difference and diversity; we must listen generously to one another across disagreement; we must model reasoned and respectful discourse and argument; we must all support those in our community who feel vulnerable or under attack,” Faust wrote on Nov. 15.

Amid concerns about a shifting law enforcement focus, Harvard University Police Chief Francis Riley said in an email to the Harvard community on Nov. 21 that campus police do not ask the immigration status of those it encounters and has no plans to change that policy.

“It is not the jurisdiction, responsibility, or practice of the HUPD to police the immigration status of members of our community and, consistent with its long-standing policy and practice, the Department will not do so,” Riley wrote.

Harvard College Dean of Students Katherine O’Dair, meanwhile, appointed Loc Truong, who is director of diversity and inclusion programs for the College’s Office of Equity, Diversity and Inclusion, to focus specifically on the concerns of undocumented students.

Truong is heading a committee to provide support, coordinate programs, and ensure that students under the umbrella of the Faculty of Arts and Sciences — at Harvard College, the Graduate School of Arts and Sciences, and the School of Engineering and Applied Sciences — are aware of what is available to them and get the help they need. The committee also provides a contact point for those interested in offering a helping hand.

“Everyone is ready to help, they just want to know how,” Truong said. “It takes time to bring people together.”

Truong said he’s spoken with many undocumented students, both singly and in groups, and seeks to assuage any uncertainty about their status at Harvard. Truong said he told students that Harvard accepted them without regard to their immigration status and feels an obligation to both their education and safety. That won’t change regardless of what happens in Washington, D.C., he said.

“We’re in this for the long haul,” Truong said. 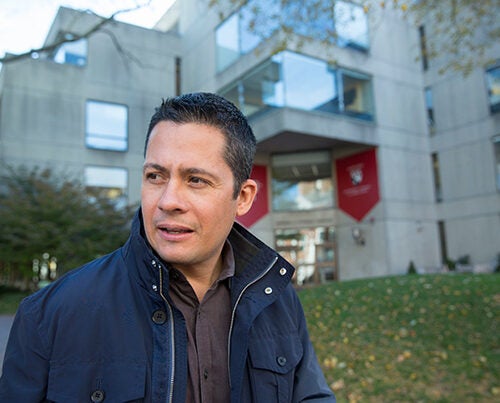 Camila Nardozzi, director of the Office of International Education and a member of the committee, said part of the difficulty of the situation is its uncertainty. It’s hard to know at this point how closely the new president will adhere to promises made during the campaign, she said. That uncertainty both makes it difficult to plan and raises hope that programs like DACA might survive.

Nonetheless, it’s wise to plan for the worst, she said. That’s why her office, which advises students about study-abroad experiences, is recommending that undocumented students not leave the country right now.

The Immigration and Refugee Clinical Program, based at Harvard Law School, is also planning a series of “know your rights” information sessions in the weeks to come, as well as specific sessions for students who want to fill out their DACA renewal paperwork, according to Deborah Anker, clinical professor of law and director of the program.

For students not already covered by DACA, Truong said they are not recommending they file new registrations. Those already registered, however, should renew for another two years on the hope that if the program is ended they’ll continue to be covered until their registration expires. The Financial Aid Office is ready to assist with the $455 fee if needed, Truong said.

Anker advised students to understand their personal situation, as they may qualify for different programs and alternate deferrals.

One encouraging fact, Anker said, is that there is a strong pro-immigrant community in the area, with legal clinics not just at Harvard, but also at Boston University, Suffolk University, and Boston College. That community has mobilized quickly, she said, and she expects that as the weeks pass and Inauguration Day nears, a lot of resources will become available for those who need them.

“There’s a strong community here that recognizes we’re a nation of immigrants. We’re here to support people, and we’ll see what happens,” Anker said. “There’s a lot of support and a lot of resources out there. We’re not even two weeks post-election but there has been a tremendous amount of mobilization.”