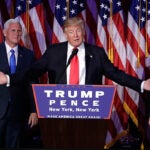 When Donald Trump announced his candidacy for president in June 2015, he placed the prickly issue of immigration at the forefront of his campaign. He disparaged Mexican immigrants, calling some criminals and “rapists,” and swore he would build a wall on the United States-Mexico border.

Trump also targeted two of President Obama’s executive orders: the Deferred Action for Childhood Arrivals (DACA) and the Deferral Action for Parents of Americans and Lawful Permanent Residents (DAPA), programs intended to protect both children and their parents from deportation.

As the next president, Trump is expected to follow up on his campaign promises, a prospect that is already sending shockwaves through the 11 million illegal immigrants who live in the United States.

“This morning, many immigrants and children of immigrants woke up fearful, defeated, and worried about their place in this country,” said Roberto Gonzales, sociologist and assistant professor at the Harvard Graduate School of Education, who has studied the quandary of undocumented young adults who were brought here by their parents.

“For immigrants who live here, this election has been largely around the question of who are we as a country,” he said Wednesday. “Trump certainly rallied the masses on an anti-immigrant and an anti-Latino platform, and the fear of the country’s changing demographics played a central role in the campaign. There is a lot of uncertainty and fear.” 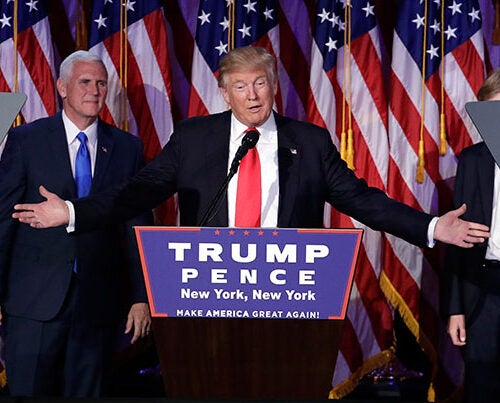 Harvard analysts ponder changes across the American and global landscapes

Gonzales’ main concerns are the children of undocumented immigrants in the Trump era. In “Lives in Limbo,” his recent book, Gonzales wrote about how the lack of legal status puts undocumented youth at risk of becoming a “disenfranchised underclass.”

“It seems to me that building an actual wall is going to be costly and difficult,” said Gonzales. “DACA is going to be a low-hanging fruit, and canceling it will be a very quick and easy way to satisfy Trump’s base. The questions I have are: Will DACA, as we know it, continue? And what will it happen to those who have it?”

Life for immigrants was already trying during the Obama administration, said Gonzales. Obama deported 2.4 million illegal immigrants, more than any other American president, but it could be worse with Trump, he said.

“Make no mistake about it,” he said. “It’s going to be a very difficult. We have much work ahead.”

As for the United States-Mexico relationship, Trump’s presidency poses a serious risk to the advances made during the Obama years, said David Carrasco, Neil L. Rudenstine Professor of the Study of Latin America, who teaches at Harvard Divinity School, the Department of Anthropology, and Harvard Extension School.

“There is fear and anger in Mexico,” said Carrasco. “Although Obama deported many thousands of people, there was a sense in Mexico that Obama was a partner they could work with. And we know that Trump’s motto of ‘Making America Great Again’ has meant, to some people, ‘Making America White Again.’ This message … is what in part propelled Trump to victory. Looking at this, as a Mexican-American, as a person of mixed race who identifies with the Obama years of inclusion, this looks like a big step back. I think Mexico will see it also as a step back.”

As part of his campaign, Trump promised to build an “impenetrable, physical wall” on the southern border and make Mexico pay for it, an endeavor that Carrasco decries as doing more harm than good.

“I think this is going to be ‘Fortress America’ rather than ‘America, the Beautiful,” Carrasco said. “I hope I’m wrong. The wall will end up dividing America within itself, and it will create divisions within the United States even more deep than they are now, and that would be terrible.”