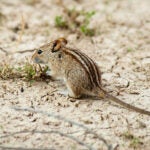 Ernest Shackleton’s desperate 1916 open boat voyage over hundreds of miles of stormy seas is hailed as an epic feat that saved his stranded crew, but more interesting to a Harvard physician is the tale of the 22 crewmen left behind on tiny Elephant Island and the work of two doctors who tended them.

The physicians, Alexander Macklin and James McIlroy, lanced abscesses and pulled teeth, for starters. Their most impressive accomplishment was saving a crewman’s life by amputating toes that were so badly frostbitten they were turning gangrenous.

The work was detailed in a paper published in the journal Anesthesiology by Paul Firth, an assistant professor of anesthesiology at Harvard Medical School (HMS) and a pediatric anesthesiologist at Massachusetts General Hospital (MGH). Firth reviewed eyewitness reports, diaries, and other documents to write a thorough account of the surgery, which was conducted on an operating table made of wooden boxes laid out beneath the overturned lifeboat sheltering the crew.

The doctors knocked out the patient by dripping chloroform onto a cloth held over his face and completed the amputation in less than an hour. Despite the rigors of the procedure, a complete recovery followed.

The two-year ordeal of Shackleton and his crew began when the Endurance left England in 1914, sailing south with the aim of completing the first coast-to-coast crossing of Antarctica via the South Pole. The ship became stuck in pack ice before reaching Antarctica, however, and sank, stranding the crew on an ice floe. When the floe began to break up, the crewmen used their lifeboats to reach Elephant Island. Shackleton took a boat and small crew and set out for a whaling station hundreds of miles away, on South Georgia Island.

On arriving at South Georgia two weeks later, Shackleton immediately set about a plan to rescue his men. But it took four tries and four months, during which time the physicians took on life-or-death roles.

To Firth, the surgery was doubly impressive because chloroform can be difficult, not to mention extremely dangerous, to administer — too little is as potentially deadly as too much. Also, it breaks down in the presence of flame into the poison gas of World War I battlefields, phosgene, putting surgeons and nurses at lethal risk.

“To deliver a safe anesthesia [and] perform a nice neat surgery in those circumstances is quite astonishing,” Firth said. “To basically put together the whole improvisation … essentially construct an operating theater and to warm it and to deliver the anesthetic, which is very difficult in that cold temperature, is a lot of innovation.”

Firth credited the operation’s success to skill administering the proper dose and the drafty nature of the crude shelter — warmed by a stove burning penguin pelts and seal blubber — which prevented the buildup of poisonous gases.

Firth knows the hazards of extreme environments firsthand. He has participated in several mountaineering expeditions and led the 2004 American-Norwegian North Everest Expedition, which put the first Norwegian woman on the summit and got Firth within 500 meters of the top of the world.

In 2008, Firth published a detailed analysis of the 212 climbers who have died on Everest, finding that the most dangerous time is not the climb to the top, but the descent through the highest regions when exhaustion is high and judgment poor, potentially exacerbated by the effects of altitude sickness on the brain.

When asked about his own experience of getting so close to top of the world and turning around, Firth said he applied the lesson he learned from Shackleton, who failed to reach the South Pole and survived, and Robert Scott, who reached the Pole in 1912 but died on the return trip.

“I’d actually studied the Antarctic people in the past … so I had very strongly in my mind it wasn’t getting there, it was the getting back that was important,” Firth said. “That was kind of a lesson that I’d learned from Shackleton before I ever went to Everest.”