Lessons of self-care, while caring for others 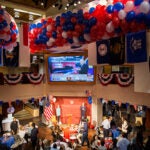 This semester at Harvard Divinity School (HDS), Cheryl Giles, M.Div ’79, is teaching “Spiritual Care and Counseling” — a title that easily could be applied to her entire professional life.

Care for others has always marked her work, from college chaplaincy to clinical psychology to her current role teaching ministry to students, along with increasing awareness of the need for caregivers to take care of themselves, too. It was her desire to minister to others that first brought Giles to HDS as an M.Div. candidate in the late 1970s, when she hoped to become a Catholic priest.

“There were all sorts of things going on around women’s ordination in the Catholic Church at the time,” she explained.

Giles considered entering a convent, but found that the vow of obedience required of nuns was an obstacle for her.

“One time I had a long conversation with a mentor whom I loved, and I asked her how I would know that a mother superior’s decision for me was more the will of God than my own sense of what was emerging,” she said.

Giles remained Catholic for another decade, returning to work as a chaplain at Boston College, where she had studied philosophy and theology as an undergraduate, thus finding a way to minister to a student population as a layperson.

Eventually, her drive to provide care to people who most needed it led Giles to earn a Psy.D. in clinical psychology, a degree that mixed academic study with practical training. During this process, however, her professional objectives shifted unexpectedly because of her willingness to listen to herself.

“When I applied to the doctoral program, I thought I was going to work with adults, but during my internships, I especially resonated with adolescents, which was a total surprise to me. And that’s where I ended up. You think such-and-such is your path, straight ahead, and then it gets interrupted. I didn’t resist it much because I realized that was the right place for me,” she said.

At the same time, however, her faith was further shaken by a series of losses.

“I lost five really important people in my life, including my mother and a couple of my mentors, in about four years. And then five years later my father died. So I was having a really rocky time. I felt like I was outside Catholicism. I think the Catholic Church is a wonderful place for social justice, and I’m really excited about this new pope, but a lot of things in the theology were not working for me anymore.”

As Giles moved away from one faith, she began taking steps toward a new one in which she would eventually find a home.

“I began to learn meditation, and that opened possibilities for the spiritual growth and depth I was seeking,” she said. “I was also feeling destabilized then, which fits with Buddhism. There isn’t anything to hold onto, you’re working with your own mind a lot, and it’s not like an exterior structure is going to provide safety for you.”

Having finished her doctorate, Giles started to care for young people who were destabilized in their own ways. She worked first at an outpatient center in Roxbury, where gang violence was a growing problem. Soon after, she was named director of a new inpatient facility for adolescents with severe mental illnesses, where the demands were even more intense.

“[The patients] all lived together in a 24-hour unit, having been stepped down from hospitalization. The unit wasn’t locked, so it was staff-intensive. Part of the challenge was to make sure the kids didn’t run away or get sexually involved with each other. There was a lot of drama in the unit at all times because these kids had various degrees of mental illness with an underlay of trauma.”

Despite the numerous challenges Giles encountered in her job, there were also many joys.

“There was a high level of creativity I had there,” she said. “For instance, I could play basketball with one kid a couple of times a week, which was a kind of intensive therapy because this was not a kid who was going to sit in an office in a chair and start talking. Luckily I liked basketball, though I wasn’t necessarily in the best shape! And he kept me running around the court because he was an excellent shooter. But when we both got tired, we’d sit and he’d start talking and opening up about things.”

Moments like these were deeply rewarding for Giles, but directing the program was exhausting.

“It was just starting up, so there weren’t even charts on the kids when I took the job,” she said. “I thought, why not, I have a lot of energy! It proved to be really challenging and interesting, but in a matter of three years I had burned myself out.” 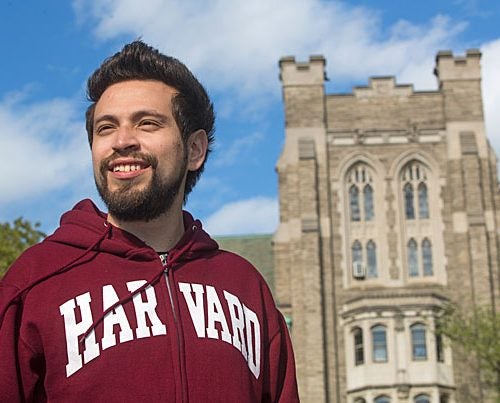 Taking care of their own

While directing the inpatient program, Giles had also started to teach courses on counseling at HDS as an adjunct. When a full-time teaching position opened up, she was invited to apply. Worn down by the constant stress of running the facility, she decided to try for the job.

She was awarded the position of professor of the Practice in Pastoral Care and Counseling in 1997. Though it was difficult to leave the program she had helped get off the ground and the patients with whom she had built such strong bonds, she found new people to care for at HDS.

“Since coming here full time, the most exciting thing for me has been the students,” Giles said. “We get some of the best students in the world. They are open, sensitive, really bright, and they want to be change agents in different ways. As they’ve grown, I’ve grown, too.”

“As the field has taken on important issues like oppression-sensitive pastoral care, end-of-life concerns, questions about intimate-partner violence, and so on, I’ve woven these into my teaching. And, of course, two big areas for me are self-care and ethics,” she said.

Knowing firsthand the dangers of burning out in the high-stress world of caregiving, Giles emphasizes self-care skills for her students and mentees.

“Many of us at a divinity school want to be of service and to care for others,” she said. “But when you start asking people about self-care or self-compassion, they don’t really get that piece.”

Because Giles considers these topics important for sustained service, she is writing about them for a textbook on ethics in ministry, a joint effort with Emily Click, HDS assistant dean for ministry studies.

For Giles, one of the benefits of being at HDS is the chance to engage in these conversations from a variety of spiritual perspectives.

“For some people,” she said, “ministry and self-care is going to be closely tied to their own religious or spiritual tradition and what they think their responsibility is to that tradition. For some Christian and Jewish students, it’s going to be more Biblically based, and for others less so. For Hindu and Buddhist students, the theology, if you will, that emerges from their traditions is a different kind of call. But providing a space for people to begin talking about that in a small class gives them the opportunity to think about it from outside of their own tradition, and it also gives them the experience of articulating their tradition to people outside it.”

Giles has also moved further along her own spiritual path at HDS.

“Since I’ve been here, I’ve continued to meditate and moved from vipassanā, or insight meditation, to Tibetan Buddhism. I met a community of people I really like here and a spiritual director who really models what the Buddhist path means to me. So it’s been a place of real growth.”

Long an important faculty member in HDS’s Buddhist Ministry Initiative, in February Giles attended the first-ever gathering of American programs that offer master’s of divinity degrees with a concentration in Buddhism, held at Naropa University in Colorado.

Another project with which Giles has been closely involved is the HDS Racial Justice and Healing Initiative, which aims to transform dialogue around race at HDS and beyond.

“I’ve seen this initiative building and building, and I’m excited about what we’re doing here in terms of getting the community invested, learning what’s going on, and challenging people to be thoughtful and active,” Giles said. “Another thing we’re looking at here at HDS is how the pedagogy can embrace diversity and inclusion. I think about that a lot in terms of teaching ‘Spiritual Care and Counseling.’ I do a unit on oppression-sensitive pastoral care that addresses white privilege, structural systems, and so on.”

HDS student Sitraka St. Michael, M.Div. ’17, took a course with Giles that grew out of these concerns, called “Talk About It: How Race Matters.”

“I join many, many generations of HDS citizens in giving thanks for the hospitality that her pedagogy extends to a multiplicity of longings, possibilities, and disagreements,” he said. “The felicity of Cheryl’s teaching resides in its touch. She has affirmed my gifts, encouraged me in my pursuits, and called me ‘my brother.’ We have quite a teacher, a friend, a mother, and a sister in her.”

Giles’s care for students at HDS extends beyond the classroom to her mentoring relationships with students such as Karlene Griffiths Sekou, M.Div. ’17, who has never taken a class with Giles but still considers her an important influence on her time at HDS.

“Professor Giles embodies a rare depth of insight and a keen intellectual curiosity that is both healing and expansive,” she said. “I am certain that many would echo me in saying it is always a joy — a feeling of strength and inspiration — to sit at her feet.”

“I feel so grateful for the relationships I’ve developed with students here,” she said. “I’ve learned just as much from them as I’ve given, so it’s been a really nourishing experience for me.”

Giles rarely practices therapy formally now, though she occasionally takes referrals on a pro bono basis. However, at HDS she teaches new generations of caregivers, many of whom end up going into chaplaincy or social work, becoming clinical pastoral education supervisors, or entering doctoral programs in psychology. She also sometimes gives more specialized classes, for instance on “Adversity and Resilience in Adolescent Development,” and “Compassionate Care of the Dying,” which focuses on Buddhist practices.

Giles tries to impart not only the impulse to care, but also practical techniques for cultivating compassion, toward oneself as well as others. She believes this is of vital importance for the meaningful social justice work in which many of her students are also involved, in movements such as Black Lives Matter that are gaining attention across the nation.

“There’s a place for anger,” Giles said, “but we have to make sure that our anger is a call to action, not something that becomes self-destructive, either because of choices that we make or because we become so angry that we sabotage ourselves by becoming depressed. We have to work on our efforts to understand compassion and to use it skillfully.”