Advice for the next president 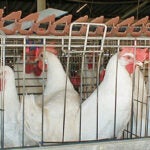 The divisive 2016 U.S. presidential election has debased and damaged the nation’s political system and has allies and adversaries alike seeing a weakened United States, a development that has prompted great international uncertainty that the next president will need to undo, says Chuck Hagel, former U.S. secretary of defense.

“There’s not a leader that I’ve talked to or a senior representative of a government that is not necessarily in some state of panic, but [has] a lot of concern about where is all this going,” said Hagel, a decorated Vietnam War veteran who was defense secretary from 2013 to 2015, during a talk Tuesday evening at the Harvard Kennedy School with veteran ABC News reporter Ann Compton, now a resident fall fellow at the Institute of Politics.

The next president will need to address these questions quickly and reclaim the nation’s undisputed global standing, he said.

“The whole campaign [has been] a lowest common denominator of doom. That’s not who Americans are. We’re a hopeful, positive nation that sees a new president, a new administration with some renewal, some hope, some new possibilities,” he said. “I’m not sure the world buys into that now.”

Hagel, a two-term Republican U.S. senator who also served as co-chair of the President’s Intelligence Advisory Board during President Barack Obama’s first term, urged the next president to immediately go to Capitol Hill and meet with legislators, visit with European and Asian leaders, and meet with Russian President Vladimir Putin.

“We’re seeing a new world order being defined right now” similar to the period after World War II. “The big difference is [that] the United States is not the dominant and only economic power that is leading” this reorganization.

About 100,000 Iraqi-led coalition troops entered the northern Iraqi city of Mosul this week to retake the city from ISIS, an effort Hagel thinks will be successful. But he cautioned that given the complex and “combustible” dynamics in the region with the Turkish army, Iranian Shia militia, Kurdish forces, and U.S. special advisers all converging on a small area, what happens after Mosul is liberated is the bigger question.

“How will that city be rebuilt? Who will govern? Who will be in charge? Who will protect it?” Hagel wondered in an interview with the Gazette beforehand. “Those are tough issues because they’ve got deep religious-cultural-ethnic issues and divisions to deal with, so this is just the beginning of a very complicated process.”

With Russia perhaps meddling in a U.S. election, along with its incursion into Crimea and Ukraine, its role protecting Syria’s President Bashar Assad, and its aggressive provocations toward the U.S. military in recent months, Hagel said meeting face-to-face with Putin must be among the next president’s first moves once in office.

“Engagement, it seems to me, is the only way we’re going to try to ‘de-conflict’ with Russia,” Hagel told the Gazette.

Despite Russia’s formidable nuclear capabilities, it is still inferior militarily and economically relative to the United States. “They’ve got huge problems. They’re going to continue to have huge problems. But right now, they’re causing a lot of trouble in the world. Just look at Ukraine and Europe, and what we’ve been forced to have to do there with NATO, and it won’t get better, I think, unless we reach out.”

Though accommodating Putin shouldn’t necessarily be on the table, talking through conflicts should be a priority. “I think we’re smarter and wiser to make that effort first, because the alternative is more military and more escalation, and that’s not in anyone’s interest anywhere.”

“Cyber is a very, very significant threat to the security of this country,” Hagel told the Gazette. “We have tremendous cyber retaliatory capability, but once you put that in motion, … you better be very certain of what you’re doing and what you are attempting to do and why you want to do it, but, more importantly, to what end? Where do you want this to go?”

“Russia cannot eventually win these kinds of contests against the United States,” he added. “Can Russia inflict a lot of damage? Yes, absolutely.”

Hagel’s tenure as secretary was rocky, marred by political forces in the White House and in Congress. He endured a bitter confirmation process in which fellow Republicans fought the nomination, culminating in Sen. Ted Cruz falsely accusing Hagel of taking $200,000 from North Korea and being Iran’s preferred nominee.

“I was an easy target to kind of use me to vilify Obama. And there’s a history. I didn’t support John McCain in 2008” because of his stance on the Iraq War, Hagel said.

While in office, congressional “sequester” cuts slashed billions from the Defense Department budget, and tensions between the Pentagon and the White House over strategy in Afghanistan and Syria boiled over. Negative stories about Hagel were leaked to the press, some observers believe by the White House, after his resignation.

Hagel says that he doesn’t regret taking the job and that politics is simply an unavoidable reality for major positions in Washington, D.C.

“You have to understand that. Doesn’t mean you like it. Doesn’t mean it’s fair. It’s not fair, but I thought that job was important enough and worthy enough … For me, it was a great privilege to be able to help and do things for our troops and our country and serve in a new way. I certainly didn’t need another title or another job,” he said. “That’s why I’ve always, in my public roles, taken an attitude like, ‘Fire me. I don’t need this job.’ ”

Hagel said he had a good relationship with Obama and remains close friends with Vice President Joe Biden, despite his party affiliation.

“I never saw the job of secretary of defense as a partisan job,” Hagel told students.

He and Obama clashed publicly over the infamous “red line” threat Obama made to Assad over the use of chemical weapons in Syria. Hagel supported and began preparing to launch missile strikes on Damascus after Assad used poison gas on Syrian civilians in 2013, killing 1,400. Obama stunned the world by rejecting a military response by the United States.

“A lot of people believe the reason the Russians are there is because President Obama did not do what he said he was going to do,” Hagel said. The United States “never had a coherent policy” in Syria, he said, which led to a political vacuum filled by ISIS. It’s a position he first staked out in a controversial 2014 memo to Secretary of State John Kerry and national security adviser Susan Rice, triggering a showdown within the administration.

Asked about Obama’s legacy, Hagel said it’s “premature” to say how the conflict in Syria will define part of his administration.

“Decisions a president makes in the public view and the optics aren’t necessarily always the reasons that the president made those decisions,” he said. “Often, they’re made with longer-term consequences in mind and have effects the public can’t always see.” He added, “Until you get away from it, you don’t really have a clear picture.”

He declined to reveal whom he supports for president, but said he’s not surprised at the dark, angry tenor of the election given the economic and national security worries felt by disillusioned U.S. voters, compounded by turbulence in the world.

“Politics is still a noble business,” said Hagel, who represented Nebraska in the Senate from 1997 to 2009. “I think this country is so much better than what the world is seeing. We’re going to be in for a few more difficult years, but we will turn it around and we’ll be a better country for it.”