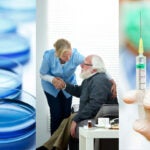 In 2014, lead began leaching into the water system in Flint, Mich., a majority African-American city where more than 40 percent of residents live below the poverty line. In August, severe ground contamination forced more than 1,000 inhabitants from their homes in East Chicago, Ind. The highest levels of lead- and arsenic-poisoned soil were found in the West Calumet Housing Complex, home mostly to low-income minority families.

The findings were chilling, especially because elevated lead levels are known to be particularly harmful to pregnant women and children. “Lead exposure can affect nearly every system in the body,” according to the Centers for Disease Control.

Mounting evidence suggests the crises in Flint and East Chicago are not isolated incidents. According to Harvard sociologist Robert Sampson, they are just two more examples of the “ecology of toxic inequality,” or the theory that higher lead levels in the blood are often directly tied to racial and ethnic segregation.

Sampson explored the idea in a paper co-authored by Harvard graduate student Alix Winter. In the report, published in the “Du Bois Review: Social Science Research on Race” by Cambridge University Press, the researchers did a comparative analysis of more than a million blood tests given to Chicago children from 1995 to 2013. Their results show that the city’s black and, to a lesser extent, Hispanic neighborhoods disproportionately bear the burden of the city’s lead toxicity. Along with soil, lead dangers often lurk in old paint and plumbing.

“It’s useful to consider this study in the larger context of new ways to understand inequality,” said Sampson, Henry Ford II Professor of the Social Sciences and author of the 2013 book “Great American City: Chicago and the Enduring Neighborhood Effect.”

“In this case,” he said, “it’s how inequality literally gets into the body and under the skin.”

Using data from the 1990 Decennial Census, Sampson and Winter demonstrated that socioeconomic factors such as poverty and lower levels of education correlated with higher lead levels. But their research went even further, following links between elevated lead levels and environmental and housing factors. 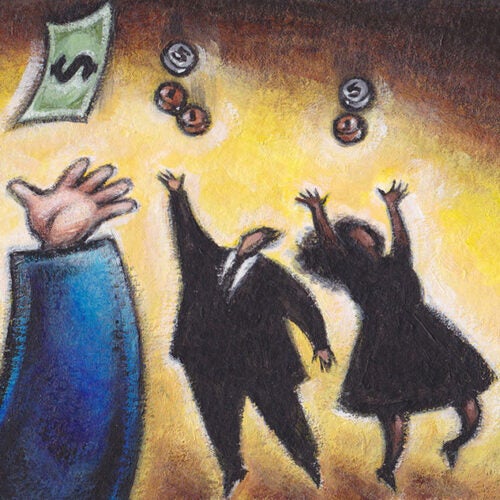 In 1995, using SUV-mounted video cameras, researchers from the Project on Human Development in Chicago Neighborhoods observed the physical condition of local streets, lots, and homes. Sampson and Winter analyzed those findings and showed that areas with dilapidated housing stock, including many homes with peeling lead paint, as well as a neighborhoods’ proximity to former smelting plants were connected to higher lead levels in the blood.

The deeper dive exposed the limits of a Census-only focus.

“Our results indicate that that kind of approach to studying inequality is insufficient because there are clearly important variabilities in housing conditions and proximity to shuttered smelting plants that have consequences for lead toxicity,” Sampson said.

“There are roughly 55 shuttered plants in the city,” he added. “Even though they are shuttered they of course spewed emissions that reside in the soil and decay very slowly, and then kids play in this and they track it inside.”

The new research is part of an ongoing longitudinal study tracking the developmental outcomes of a group of infants whose lead levels were first tested in 1995. Researchers followed the children into their teenage years, assessing a range of health and behavioral issues.

According to Sampson and Winter’s working paper, “increased lead exposure during childhood is negatively associated with adolescent well-being across a variety of domains,” including increases in impulsivity, anxiety, depression, and body-mass index.

The bright spot in the findings is the revelation that a major public health push in Chicago brought toxic lead levels down dramatically over time, for all racial groups. The paper credits “rigorous testing and the lead-based paint abatement of homes and other locations where children spend considerable amounts of time.”

The turnaround proves that the will to fight inequality can yield life-changing results, said Sampson, a reassuring notion when so much work remains.

“If in 2016 we are evacuating entire neighborhoods, this is not a problem of the past.”