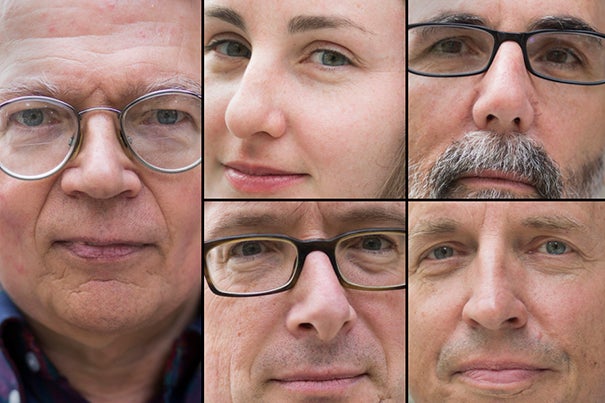 Devils in the details

By Sibella Matthews Program in Criminal Justice Policy and Management/HKS

Overflowing prison populations and high rates of violent crime once made New York City a metaphor for the urban decay confronting America’s cities. But over the last two decades crime in the nation’s largest city has declined steeply, with murders plummeting from 2,200 in 1990 to 350 in 2015.

Given the popularity of incarceration as a crime-control strategy in the United States during this time, a casual mid-’90s observer could be forgiven for hypothesizing that such a miraculous decline in crime would surely be the result of a massive increase in imprisonment.

But a paper released today, “Better by Half: The New York City Story of Winning Large-Scale Decarceration While Increasing Public Safety,” suggests quite the opposite. In fact, New York City’s crime decline was coupled with a sustained and dramatic reduction in incarceration, allowing the state to close more than a dozen prisons and save tens of millions of dollars. New York is now not only the safest big city in the United States, but also one with the fewest incarcerations for its size.

“Not only does the New York story show that substantial reductions in incarceration are realistic and attainable, but also that safety can be improved at the same time,” said Schiraldi. “While prison and jail populations grew across the nation and even within the state of New York, New York City actually made an about-face on incarceration and crime. Cities can actually be safer with substantial decreases in incarceration, and states should follow the lead of this remarkable reform.”

The paper documents that between 1996 and 2014, New York City’s serious crime rate fell by 58 percent, while the combined jail and prison incarceration rate fell by 55 percent. Despite the fact that the city’s population grew by more than a million during this time, the number of residents behind bars declined by 31,120. In contrast, the same period saw the national incarceration rate grow by 12 percent, accompanied by a more modest decrease in serious crime of 42 percent.

“Based on the accomplishments in states with the largest decreases in incarceration, we know that a successful decarceration recipe includes bold reform agendas, organizational moxie, and powerful public engagement,” said Greene. “New York’s unprecedented reduction in reliance on incarceration has been a bottom-up, advocacy-driven, community-focused strategy. When these ingredients include robust and sustained advocacy, we see that it is possible and realistic to reduce reliance on incarceration by half.”

The paper explores the grassroots advocacy and increased numbers of responsive and reform-minded public officials at both the local and state levels that reversed the laws and practices prompting mass incarceration, including those generated during the nation’s war on drugs. Successful campaigns to reduce incarceration and abolish the harsh Rockefeller-era mandatory drug sentences were waged by groups such as the Prison Moratorium Project, the Correctional Association, and the Drug Policy Alliance.

“This report reinforces the critically important role of advocacy and grassroots organizing in cutting incarceration by over 50 percent while reducing crime in New York City,” said Glenn E. Martin, founder and president of JustLeadershipUSA. “It proves that we have to be audacious in our thinking and actions to end mass incarceration, and invest in the ideas and leadership of those directly impacted in order to make big victories possible. In New York City, the next bold step is to close Rikers Island Jail Complex and invest in communities. The N.Y.C. story has inspired JustleadershipUSA’s mission, to reduce the U.S. correctional population by half by the year 2030.”

The study’s co-authors point to the organizations and service providers who successfully educated judges, prosecutors, probation officials, policymakers, and the public about workable and humane alternatives to locking up New Yorkers. The New York Police Department reduced felony drug arrests by 66 percent between 1998 and 2015, even though drug use in the city remained stable.

“Communities across the country are working not only for an end to the drug war and mass incarceration, but for systemic change,” said Lorenzo Jones, co-executive director of the Katal Center for Health, Equity, and Justice. “‘Better By Half’ shows that with an informed, powerful base of directly impacted people, policy reformers, and community organizers, we can win real reform, change systems, and strengthen and secure safety and justice for all. This lesson is applicable across the country, and we hope funders, researchers, and policymakers in particular take heed.”

Michael Blake of the New York State Assembly and fall fellow at the Institute of Politics at Harvard University noted, “We are at a critical moment in time for criminal justice of ensuring that all of us are safe, improving relations between communities of color and law enforcement, and finding more ways to reduce the prison population while increasing economic opportunities for New Yorkers.”

As America grapples with the challenges of and solutions to mass incarceration, the paper highlights lessons from New York City, combined with insights from California and New Jersey, arguing that it is possible to be twice as safe with half as much incarceration.

“The paper by Schiraldi and Greene shows that very large cuts in incarceration need not pose any threat to public safety,” said Bruce Western, faculty chair of the Kennedy School Program in Criminal Justice Policy and Management and former vice chair of the National Research Council Panel on the Causes and Consequences of High Incarceration Rates. “In fact, New York City may now be in a virtuous circle where low incarceration rates and low rates of crime are mutually reinforcing.”