Eli Dershwitz’s road to the Olympics 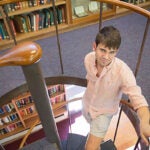 Harvard sophomore Eli Dershwitz represented the United States at the Summer Olympics in the men’s saber fencing competition in Rio de Janeiro. While he didn’t win a medal this time, Dershwitz said the intense training and discipline required to make it to Brazil gave him the confidence to succeed at Harvard and the drive to “reach certain academic levels.”

“Being able to make split-second decisions off of tiny pieces of information in a sport, that also helps in real life,” said Dershwitz, who took a year off from Harvard to train. He will fence again for the Crimson this season and hopes to compete in the next Olympics in 2020 in Tokyo. The top-ranked U.S. saber fencer, Dershwitz was only 20 at this Olympics, and athletes in his sport tend to peak in their late 20s.

So he’s looking ahead as well as back. 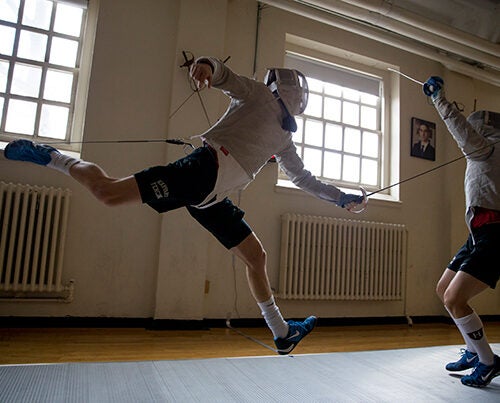 As the top-ranked saber fencer in the United States, Harvard’s Eli Dershwitz, 20, will seek an Olympic medal in Rio de Janeiro.