Abdul-Jabbar on what America needs 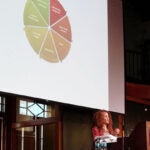 Athlete turned author muses on how the nation has changed for the better, and how it hasn’t

There are a few familiar sides to Kareem Abdul-Jabbar: NBA legend, celebrity author, social and political activist. But it was mostly the activist who showed up Saturday evening for a conversation with Henry Louis Gates Jr., Alphonse Fletcher University Professor and director of the Hutchins Center for African & African-American Research, before a packed house at the John F. Kennedy Jr. Forum.

The longstanding friendship between the two was evident as the talk flowed freely. Gates warmed up by asking “If you were my height, would you have been a professor?” The 7-foot-2 Abdul-Jabbar said that was likely, given his love of books. “My dad would never answer a question; he’d hand me a book instead. So I realized at an early age that there’s a lot of information in them.”

From there the talk took a topical turn. Early in the hour, Gates asked a question that set the tone: If Martin Luther King Jr. paid a visit to modern-day America, would he find that things have changed for better or worse? Abdul-Jabbar said there would be some of both.

“I’d say there’ve been some improvements, some things have gone south, and we still have a lot of work to do,” he said. “The best thing that’s happened was the rise and success of President Obama. He gave black Americans a person they could identify with and respect. He could have done a lot better if he’d had the cooperation of Congress, but Republicans have decided to sabotage everything [Obama] did.” 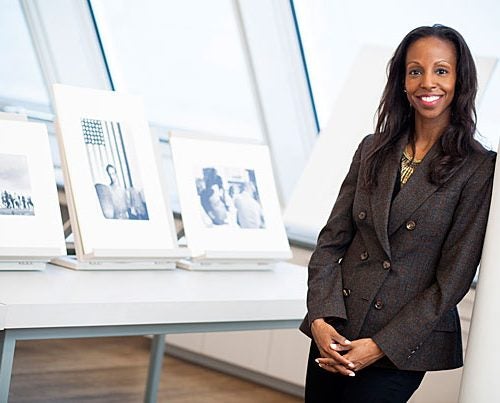 Abdul-Jabbar replied yes when Gates asked if that was because of race, and said that race also played a role in the rise of Donald Trump. “For people who thought that everything was good and as it should be when white people were in charge of everything,” said Abdul-Jabbar, “they started to get a little shaky when they saw a black person elected as president.” Returning to the topic later, he said “Whoever wins the election, and I think Hillary will, people need to understand that the complexion of Americans is getting darker, and that’s nothing to be afraid of. We’re all Americans despite the pigmentation. We don’t need a wall; we need common sense.”

Some of Abdul-Jabbar’s thoughts on race and equality are collected in his new book of essays, “Writings on the Wall: Searching for a New Equality Beyond Black and White,” which he promoted over the weekend with a book-signing at the Harvard Square Coop. The talk with Gates expanded on some of those thoughts, getting into the roots and motivations of his own activism. In particular, he discussed the inspiration he got from the boxer and activist Muhammad Ali, who also risked his athletic career by taking a stand.

“He decided in 1967 that the Vietnam War was unjust. And if he’d joined the Army, they would have given him a cushy position. He could have gone on boxing and doing his thing. But because of his feelings about the war, he was not going to go ahead with that. People who cared about him, including Bill Russell and Jim Brown, convened a summit meeting of black athletes, and I was the youngest to be involved.” What Abdul-Jabbar learned, he said, was the best ways to get activism across. “To have a positive effect on American society, you need an idea that people can get behind. Do the changes you want to suggest make sense, and can you make them work for our community?”

As Gates pointed out, the black middle class may have doubled since King’s day, but the percentage of black children living in poverty is about the same. “I think the negativity comes from the fact that certain black families cannot educate their children,” Abdul-Jabbar said. “People with no roof over their head can’t go to parent-teacher conferences. So their children join the drug culture, which is the one business that doesn’t discriminate according to race. So what we need is to help black parents find a way to get their kids educated.” That’s especially true, he said, because of institutionalized racism. “The crime and suffering in the black community has a lot to do with the way black people are viewed. In 200 years, that hasn’t changed.”

In terms of bridging the racial divide, he said that his basketball stardom has been a mixed blessing. “It enables other Americans to see that we enjoy the same things they do, that we have courage and the ability to compete, and to be smart — remember that for a long time there were no black quarterbacks. I think that had a lot to do with how people saw our intelligence. We were seen as being not quite up to par, something less than an intellectual.”

Responding to an audience question, he talked about the challenges and responsibilities of being a Muslim American. “As a Muslim you have to engage; you can’t be insular. You have to let your fellow Americans know what you’re all about, and they need to learn what it means to be discriminated against for things that aren’t necessarily your fault. We need to understand that they may be afraid — and there were things that happened that everybody should be afraid of.”

His own conversion, he said, happened after he read “The Autobiography of Malcolm X” while attending the University of California, Los Angeles. “The important thing is that we all worship the same creator. We worship the God of Abraham, as do Jews and Christians. Which is why I get so tired of people on TV saying, ‘They worship a false God,’ because we don’t. We worship the same God that you do.”

When another student asked what Harvard students could do to make a change, Abdul-Jabbar offered some simple advice: “Get to know other students who don’t look like you.”