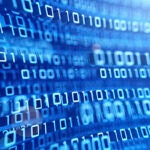 Sen. Susan Collins hopes for renewal of bipartisanship under next president

Sen. Susan Collins, Republican of Maine, is renowned as a force of bipartisanship in Washington, and sometimes as a voice of reason. Introducing Collins at the Harvard Kennedy School (HKS) on Thursday night, Harvard President Drew Faust characterized her as a problem-solver who can look beyond ideology. “She sees her role on the Hill in terms that are becoming increasingly and unfortunately rare. Through this tumultuous and transfixing election season, she has instilled the value of treating people with respect.”

Moderated by HKS Dean Douglas W. Elmendorf, the hourlong talk often brought out Collins’ differences with the current GOP. Yet she noted that she still sees herself as a traditional New England Republican.

“I believe in the traditional values of personal responsibility, individual freedom, free markets, and a strong national defense,” she said. “And I believe in keeping government out of certain aspects of our lives. Today I feel that the party is in a state of chaos, but the pendulum always rights itself. And I think that sticking with the core values is the best way to make that happen.”

Prior to the HKS talk, which ended her day on campus, Collins toured labs to learn more about Harvard research, meeting with Kit Parker, Tarr Family Professor of Bioengineering and Applied Physics, whose work ranges from bioengineered wound dressings to traumatic brain injury.

In talking with Associate Professor of Stem Cell and Regenerative Biology Chad Cowan at the Sherman Fairchild Lab, Collins focused on Cowan’s work with metabolic diseases such as type 2 diabetes.

During the tour, researchers thanked Collins for her longstanding support of the work being done. Professor Bruce Yankner, who studies neurodegenerative disorders such as Alzheimer’s and Parkinson’s disease, noted that the senator “has been a staunch advocate for the NIH [National Institutes of Health] and biomedical research.”

Collins also spent time with Harvard University students from Maine, and met with members of campus GOP clubs before taking the stage with Elmendorf.

The presidential race was a major theme of the night, not least because Collins was one of the first prominent Republicans to denounce Donald Trump’s candidacy. Last night she reaffirmed her reasons for doing so: “His lack of empathy for the Gold Star parents who had lost a son in the war was a major issue for me, as were his mocking of a disabled reporter and his disrespectful treatment of the Mexican-American judge [Gonzalo Curiel] who was on the Trump University case.”

But in response to a student question, she said that she does not support Hillary Clinton either, due to her deleted emails and allegations of peddling influence in the Clinton Foundation.

“She also said that she was exonerated by the FBI, and she was not,” Collins said. “I am troubled by that, and I feel she is a flawed candidate. But having said that, if she is the next president I will work closely with her, just as I did when she was co-chair with me of the Alzheimer’s task force.”

“I would ask them to identify bipartisan issues where we can come up with an early accomplishment. One candidate for that would be a major investment in biomedical research, into Alzheimer’s, diabetes, and cancer. I would like to see an increase in NIH [National Institutes of Health] funding, and that’s one place where I feel that Hillary and I can work together.”

She also called for the next president to develop strong personal relations with the House and Senate, an area where she thinks President Obama has failed. “Personal relationships matter, and the White House is an easy place to entertain. You don’t need to shop or do dishes.”

In the night’s toughest question, Collins was asked why she, as a supporter of Gold Star families, voted to authorize the Iraq invasion.

“You make the best decisions you can based on the information that you have,” she said. “I read all the intelligence reports, including the ones from England, saying that Saddam Hussein had chemical and biological weapons. That turned out not to be the case. There is no more difficult decision than sending young men into war. But like Hillary and the vast majority, I thought I was making the right decision.”

Collins also recalled a personal encounter that helped inspire her life in politics. As a high school senior she traveled to Washington and met Sen. Margaret Chase Smith, a Maine Republican.

“She talked to me for two hours and she never mentioned being a woman senator, even though she was the only one serving then,” Collins said. “Instead she talked about national defense and a host of other issues. It left me feeling that women could do anything, which wasn’t something that you’d always hear in 1971. I was proud she was my senator, and today I’m proud to say that I sit at Margaret Chase Smith’s desk.”