A tension as old as the country 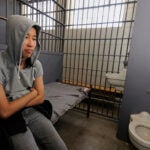 Native Americans currently represent 1 percent of the U.S. population, but thousands of years ago they were the indigenous inhabitants of the territory known to some of them as Turtle Island and eventually to others as North America. Today, there are 567 federally recognized tribes. The largest are the Navajo Nation and Cherokee Nation.

The Gazette interviewed Kristen Carpenter ’98, Oneida Indian Nation Visiting Professor of Law at HLS, Council Tree Professor at University of Colorado Law School, and one of the event organizers, on the history of American Indian law, the friction between federal and tribal laws, and the rise of the indigenous rights movement in the United States.

GAZETTE: Can you describe the state of Native American rights in the United States?

CARPENTER: It is mixed. On the one hand, American Indian tribes are powerful, resilient communities, deeply steeped in tribal culture and ways of life, and continuing to live in their homelands and territories to this very day. As a matter of law, tribes have well-grounded and longstanding rights commemorated in treaties made originally with European nations and then with the United States. They also have rights that are established in the U.S. Constitution and in federal statutory law, which have long been recognized by the courts. In recent years, however, there has been somewhat of a retrenchment in federal courts, and especially in the Supreme Court, with respect to the recognition of tribal jurisdiction and tribal statutory rights that were enacted to remedy some of the past dispossessions American Indians endured.

GAZETTE: What are the main grievances of Native Americans toward the U.S. courts?

CARPENTER: My sense is that tribal governments are quite often seeking dignity and respect in the courts. Indian tribes were here before Europeans and others who came to what is now called North America. Tribal governments engaged in treaty-making with Europeans going back to the 1600s. Tribal rights to exercise their own laws over their territories and their members are traceable to treaties. One question in federal Indian law is often how to understand and implement those historic arrangements today. This is a question not unlike that faced in U.S. constitutional law, where a venerable document also presents questions of contemporary interpretation. Secondly, while federal Indian law clearly recognizes tribal self-government, various parties challenge the jurisdiction of the tribal courts and regulatory system. This sounds technical but what it really means is which government and whose values are able to regulate people’s lives, lands, and resources on a day-to-day basis. The foundational rules of federal Indian law provide that tribes generally retain jurisdiction within reservation boundaries, and especially over tribal citizens, and that states have authority off the reservation. That’s oversimplifying the situation and there are a lot of situations where things are a little bit messier in reality.

GAZETTE: A few years ago, there was a messy case that highlighted the strain between federal and tribal laws. A Cherokee girl was given back to her adoptive parents after the Supreme Court ruled that the Indian Child Welfare Act didn’t apply. Could you explain what happened?

CARPENTER: Yes, this was the case of Adoptive Couple v. Baby Girl, decided by the Supreme Court in 2013. To explain it, I have to share some history. The Indian Child Welfare Act of 1978 was enacted to address the historic removal of Indian children from their parents for purposes of their religious and social “assimilation.” In various iterations, dating back to 1850, assimilation was a federal policy implemented in part by religious organizations, state child welfare workers, and private adoption agencies. One of the views animating these practices was that Indian children would be “better off” with white families. By the 1970s, one in four Indian children was being raised away from their families. Congress noted the “wholesale separation” of Indian children from their families had devastating consequences for the children, who suffered high rates of psychological and physical trauma, as well as the parents, siblings, and tribes who lost their children, and passed ICWA to address this situations. Under ICWA, Indian parents and tribes must receive notice of custody proceedings involving their children, tribal courts have jurisdiction in some cases, and there is a set of foster care and adoptive placement preferences prioritizing the extended family and tribe.

In the Adoptive Couple case, a Cherokee baby was put up for adoption by her non-Indian mother in a set of events that did not comply with ICWA, such that the father — who was an active-duty serviceman — was served with notice of the impending adoption four months after his daughter’s birth and days before his deployment. When he returned from Iraq almost two years later, the father was able to appeal the case and the South Carolina Supreme Court ruled that ICWA had been violated, granting him custody. The little girl then lived with her father, siblings, and grandparents and Indian community for two years. But the Supreme Court ruled ICWA didn’t apply because, according to Justice Samuel Alito, the statute required a parent show “continuing custody” to be eligible for ICWA’s protections. The little girl was then relocated back to South Carolina with the adoptive couple.

GAZETTE: What’s your opinion about the outcome of the case?

CARPENTER: In my view, the case was wrongly decided. ICWA is supposed to protect Indian families and remedy the legacy of federal policies that disrupted Indian family custody. The Supreme Court, completely missing Congress’ intent, created a new and narrow reading of the statute to deny a fully capable, fit, and loving Indian father the opportunity to bring up his daughter. Many in the Indian child welfare community are working in domestic and international venues for reform that will prevent this kind of outcome in the future.

GAZETTE: So the question is what’s the importance of Indian laws in U.S. jurisprudence?

CARPENTER: Indian tribes pose a lot of hard questions for the U.S. legal system. They’re governments and communities that predate the United States, but through conquest and colonization, they came to be dispossessed of many rights, whether it’s land, jurisdiction, culture, or family. Yet, those tribes still remain 500 years later through the resilience and determination of their people as well as the strength and beauty of their culture. Today Indian law tests the capacity of the U.S. legal system to acknowledge and respect the pre-existing rights of Indian tribes and to account for those interests and norms of legal pluralism in a democratic system that is more comfortable with individual rights. Those are real challenges. In my view, the answer lies in the framework established by treaties and the Constitution, specifically to respect the sovereignty and jurisdiction of tribes, for the United States to negotiate with Indian tribes on a government-to-government basis, and for cooperative approaches among all three sovereigns to address the problems contemporarily facing us.

GAZETTE: Can you tell us whether those principles are being used in the Dakota Access Pipeline situation, the most recent case of friction between the federal government and tribal communities?

CARPENTER: The Standing Rock Sioux tribe opposes the construction of the Dakota Access Pipeline less than half a mile from its reservation. The pipeline is slated to travel under the Missouri River, the tribe’s main source of drinking water, right through some of their sacred sites. So when the Standing Rock people claim that their very way of life is threatened now by the pipeline, I think they mean it quite literally. These lands and waters were originally protected by the tribe’s own laws, and later by the Treaty of Fort Laramie of 1851, which the U.S. later violated, such that the contested lands are now owned by the United States, managed by the Army Corps of Engineers. Various statutes require federal agencies to “consult” with tribal nations about federal undertakings that would affect their resources. The Standing Rock Sioux and other tribes affected by the pipeline are litigating those rights in the federal courts right now. In recognition of the spirit of those laws, the Obama administration, through the Departments of Justice, Interior, and the Army, has called for a halt to construction in order more fully to consult with the affected tribes.

GAZETTE: What can the United States learn from other countries with indigenous populations?

CARPENTER: Currently in the United States, tribes’ aboriginal title, meaning the land they have occupied since time immemorial, is not recognized as “property” pursuant to the Fifth Amendment. The Inter-American Commission of Human Rights has held, in a case involving the Western Shoshone people, the rule of law in the U.S. thus violates basic norms of property, equality, and non-discrimination. In cases involving Nicaragua, Ecuador, Belize, Suriname, and others, the Inter-American Court on Human Rights has recognized that property rights grow out of indigenous peoples’ land tenure. Some of these countries have, in turn, reformed their national laws to recognize tribes’ customary land tenure as a source of property rights and begin the process of demarcating and titling those rights. While those reform efforts are not without difficulty, I’d like to see the United States also recognize Indian tribes’ aboriginal lands as being eligible for the full set of property rights protections.