A family history of wartime heroism 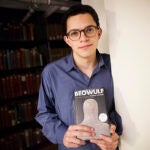 They weren’t personally threatened. They weren’t Jews, Gypsies, homosexuals, or any of the other groups targeted by Hitler’s death squads. And yet over a period of two years, 1939–40, Waitstill and Martha Sharp, a Unitarian minister and his wife from Wellesley, Mass., left their children and their safe home several times to save those who were in danger. Using fake documents and at great personal risk, the couple managed to rescue hundreds from the Nazis.

Although the Sharps were not celebrated in their lifetimes, their heroism was honored posthumously in 2006, when they were named as “Righteous Among the Nations,” by Yad Vashem, the Holocaust Martyrs’ and Heroes’ Remembrance Authority in Israel, only the second and third Americans of the more than 20,000 non-Jews so honored for risking their lives to save Jews during the Holocaust. (Martha is the only American woman.)

A new PBS documentary, “Defying the Nazis: The Sharps’ War,” tells their story. On Tuesday, the film will be screened at 4 p.m. in the Sperry Room, Andover Hall, at Harvard Divinity School. A post-screening panel, at 5:45, will include the Sharps’ grandson, Artemis Joukowsky, who collaborated with documentarian Ken Burns on the film. A livestream of the event will also be available. The Gazette spoke with Joukowsky about the project.

GAZETTE: How much did you know of your grandparents’ story when you were growing up?

JOUKOWSKY: It was never talked about for many different reasons. I had never heard of the story until I received [an] assignment from my ninth-grade history teacher [to interview a relative] and my mom said, “Talk to your grandmother. She did some cool things during World War II.” Learning that story and getting to know her was a double win-win, it was the only A I ever got in high school. It really lit my fire to be interested in not just history but social justice in history.

When [my grandmother] died, I was asked by my mom to go in the basement of her home and found 14 boxes of files of the people she rescued … These 14 boxes lighted my imagination. That was 1999. I knew that it had to be documented in a film. [These papers are now part of a collection kept at the Andover-Harvard Theological Library.]

GAZETTE: What your grandparents did took quite a toll on your family. Not only did they leave your mother and uncle, who were children, but they ended up divorcing.

JOUKOWSKY: It is something that is still difficult in some ways. There is a sense of going and saving the world’s children but not taking care of a daughter or a son. The process of making a film involves recognizing that my grandparents felt my mom and uncle were fine and they had to rescue people who would die. For them, it was a hierarchy of needs.

GAZETTE: How is this story relevant today?

JOUKOWSKY: We have a worldwide refugee crisis, not just in Europe and not just in Syria, but all over the world: wealthy areas versus poor areas, and also women and children being victims of war. You look at what the Nazis did, leading to the death of 60 million people, and [you have] those numbers being eclipsed. Sixty-five million refugees is not good — all those children need to get an education and learn how to live in a civil society. We’re going to create a tremendous underclass. We have to address these issues. In some ways, the rebuilding of Europe and the fact that 1.5 million refugees are in Germany is positive — people can learn from their own mistakes and repair them in real time.

Imagine if America had said in 1938, “We need a lot of people in Alaska. We’ll take 6 million Jews.” The world should know that immigration is the most positive way of growing your economy. It’s the most progressive thing you can do.

GAZETTE: Besides this film, you work on media that raises awareness about people with disabilities. How does this relate?

JOUKOWSKY: I have a form of muscular dystrophy called spinal muscular atrophy. Most people die before they’re 2 years old. I have a mild form of it — I require a wheelchair. I cannot stand very well. I will die of my disease before my normal life expectancy, but I’m 55 and still alive, so that’s pretty good. It’s all about how you chose to view your disability. My work is media projects that show that people with disabilities can play an active and equal role in the world today.

I am a disabled filmmaker and I made this film with Ken Burns. [My] subjects touch on the issue of “difference.” If our lives are on a spectrum, then we’re all differently abled.

People with disabilities … [experience] a tremendous marginalization. The capacity for engagement is not there, so we have to invent a new economy so they can bring their talents and their resources to the world. People with disabilities are a gift in that they teach us about other things in life. This is about embracing diversity, embracing tolerance, about seeing humans as having the same basic needs for respect and love and kindness and opportunity.