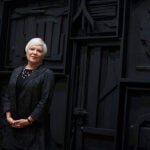 On Easter Sunday in 1939, one of the most famous singers of the 20th century, with help from first lady Eleanor Roosevelt, staged a concert at the Lincoln Memorial. It was a musical stand against the Daughters of the American Revolution, who had refused to let Anderson perform in Washington’s Constitution Hall because of a “white artists only” contractual clause. Seventy-five thousand people turned out to hear the contralto voice her protest.

But then, 16 years later, during her debut performance at New York’s Metropolitan Opera before an audience a fraction of the size, Anderson had butterflies.

“I was there onstage, mixing the witch’s brew,” Anderson, who sang the role of the fortune-teller Ulrica in Verdi’s “Un Ballo in Maschera” (“The Masked Ball”), later said. “I trembled, and when the audience applauded and applauded before I could sing a note, I felt myself tightening into a knot.”

Anderson didn’t let her nerves stop her from becoming the first African-American soloist on the Met stage. Her historic performance signaled a breakthrough in classical music and was a Civil Rights milestone, yet it was also a “compromised moment,” said musicologist Carol Oja.

“It was an era when black-faced minstrelsy was still alive on stage and screen and the role she played was labeled as a ‘negress who lives in a foul dwelling,’” said Oja, Harvard’s William Powell Mason Professor of Music. “There was a good deal of racialized language surrounding this role. Her performance was a triumph but it was also … sad.”

A fellow at the Radcliffe Institute, Oja is working on a book (“Black Virtuosos and Civil Rights”) chronicling the breakthrough generation of African-American classical musicians between World War II and 1961, the year soprano Leontyne Price became the first African-American singer to have a sustained relationship with the Met. She discussed her research in a HUBweek lecture at Knafel Center Wednesday.

Anderson and Price feature prominently in Oja’s narrative, along with baritone William Warfield, conductor Dean Dixon, and conductor and violinist Everett Lee. The Met and the New York Philharmonic, bastions of classical music in the United States that have each “struggled with segregation and the racial climate and habits of their eras” are the other key actors in Oja’s work. 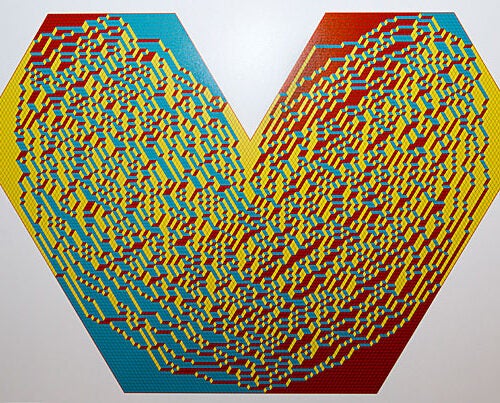 Poring over archives in New York, Philadelphia, Washington, D.C., and online, Oja has repeatedly found herself shocked by “the mind-numbing details of racial segregation and the ends to which people went to keep segregation in place.”

According to Oja, the Philharmonic has a better record than the Met, having integrated their series of summer concerts at Lewisohn Stadium long before Anderson made her Met debut in 1955. Still, performances with the orchestra at vaunted venues such as Carnegie Hall were the exception for African-Americans until the mid-1950s.

Also central to Oja’s story is the role of the National Association for the Advancement of Colored People in helping desegregate the classical music world, and the efforts of the Associated Negro Press to push for more African-American performers onstage. Today the availability of black newspapers in newly digitized platforms, said Oja, “has transformed this kind of study.”

“The perspective of the African-American world wasn’t accessible before because there was no indexing of these newspapers. Now we can see that racial issues in classical music were being argued and discussed vigorously in black newspapers. That was far different from the white press.”

Oja hopes that helping people better understand the past may help them move forward. “Amid new waves of racial difficulties in the country, it’s so important to understand the history of racial exclusions … it’s a major part of our past and it just isn’t discussed fully enough.”

Sadly, notes Oja, diversity in classical music is still an uphill battle. Groups such as the Sphinx Organization, a Detroit-based program that aims to promote diversity in the arts, are a sign of progress, and orchestras have moved much closer to balance along gender lines. But minorities, in particular African-Americans, are still poorly represented, she said.

“Some changes have happened,” said Oja, “but not enough.”