Giving weight too much weight 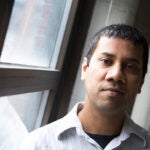 Programs to fight obesity can exacerbate eating disorders if they put too much emphasis on weight rather than exercise and healthy eating, said experts in a panel discussion at the Harvard T.H. Chan School of Public Health.

The conundrum highlights the complexity of addressing eating disorders such as bulimia, anorexia, and binge eating at time when recognition is low, screening inadequate, insurance coverage sketchy, and fighting obesity has become a public health priority, the panelists said.

“Some obesity programs are backfiring because of their focus on weight and on the scale,” said Claire Mysko, chief executive officer of the National Eating Disorders Association. “These [eating disorders] are serious public health issues, woefully misunderstood, underfunded, and often untreated.”

Some 30 million Americans have diagnosed eating disorders and many more are undiagnosed, said Alison Field, chair of epidemiology at Brown University and head of the Growing Up Today study, which follows 17,000 boys and girls age 9 to 14.

The weight-obsessed teenage girl of stereotype is just the tip of the iceberg, Field said. Eating disorders are also an issue with boys, though the details can differ — an obsession with low body fat, the perfect physique, and washboard abs. Eating disorders affect people of all ages, walks of life, and ethnic and racial groups.

Joining Field and Mysko for “Eating Disorders, Mental Health, and Body Image,” were S. Bryn Austin, a professor of social and behavioral sciences at the Harvard Chan School and director of the Strategic Training Initiative for Prevention of Eating Disorders, and Thomas Weigel, an instructor in psychiatry at Harvard Medical School and associate medical director for McLean Hospital’s Klarman Eating Disorders Center. The event was moderated by Carol Hills, senior producer and reporter for PRI’s “The World.”

There are many people who may not precisely fit those criteria but for whom thoughts about food and body weight are disruptive, Mysko said. Education on the subject is poor enough that people often call the National Eating Disorders Association helpline and say, “I don’t know if I qualify,” she said.

A disposition for an eating disorder can be inherited, the panelists said. Those suffering from eating disorders are often experiencing social stresses such as family conflicts or have in their history childhood trauma or sexual abuse. Many are also dealing with issues related to depression or addiction.

A media culture that bombards us with pictures and videos of ultra-thin women and “ripped” men is another key contributor, Mysko said.

While panelists agreed that recognition of eating disorders is still too low, they also said there has been an international push to address the issue in the modeling industry, by standardizing certain health criteria for models. In the United States, advocates have begun to lobby the Occupational Safety and Health Administration to develop guidelines for the modeling industry. Some retailers, including American Eagle, have lately made an effort to feature models with a more realistic physique.

Panelists offered a suite of recommendations to address the problem, including early screening for eating disorders, encouraging pediatricians to ask patients about binging and purging, restoring monitoring of eating disorders by the Centers for Disease Control and Prevention, getting states to ban the sale of diet pills and muscle-building supplements to minors, and closing loopholes that let insurance companies deny coverage.