An opponent who prevailed 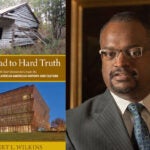 The miracle of a museum

On Saturday night a slight woman of enormous international stature let a Harvard audience in on a perk of her position: When she is asked to give a speech, the leader of Myanmar said, her staff provides her with talking points. Even better, for her lecture as the Harvard Foundation Humanitarian of the Year, Harvard provided her with a topic.

The winner of the 1991 Nobel Peace Prize, Aung San Suu Kyi became an international symbol of nonviolent protest shortly after leaving her husband, British historian Michael Aris, and young sons in England to care for her sick mother back in Myanmar. There she helped form the National League for Democracy (NLD), drawing the angry attention of the military government. She was placed under house arrest in 1989 and would remain a political prisoner for 21 years before her release late in 2010.

Although she was given permission to leave Burma if she agreed never to return, Aung San Suu Kyi instead remained as a symbol for her countrymen. “Aung San Suu Kyi became the face of resolution to remind people that we are allowed to fight for more than we are given,” said Harvard Foundation intern Jasmine Chia ’18.

After her return to public life, Aung San Suu Kyi became president of the NLD and was named to parliament in 2012, becoming her country’s first female minister of foreign affairs and minister to the president’s office. Her current title, state counselor of Myanmar, is equivalent to prime minister.

Counter said Aung San Suu Kyi was chosen for the award because “We try to select a person whose principles are consonant with the vision and the philosophy of the Harvard Foundation. She is most decisively that. Her struggle against hatred, her idea of reconciliation, which is very much in the tradition of Nelson Mandela and Bishop Tutu — all of those things made her our choice this year.”

In accepting the award, Aung San Suu Kyi said, “I look upon this prize not as a reward for what I have done, but as a happy omen for what we are trying to achieve in the future. We can have freedom and security in the right proportion. In my country, there is still a long way to go before I can say that our people are both free and secure.”

Her speech circled back to the goal of reconciliation, especially with the minority Muslim Rakhine state within Myanmar, on whose behalf students quietly protested outside the Science Center. Professor of Comparative Religion and Indian Studies Diana Eck, who worked with Aung San Suu Kyi’s husband in the years he was at Harvard (“Though there was no question that his mind was also, was mostly, in Myanmar”), pointed out that Aung San Suu Kyi had also protested when it was forbidden. “No one would be more appreciative of the students standing outside for the people of Rohingya,” Eck said.

Indeed, said Aung San Suu Kyi, “What we want is not domination but reconciliation.” She has established a commission chaired by former United Nations General Secretary Kofi Annan to look at the issues in Rakhine, and she and Annan’s successor, Ban-ki Moon, agreed at a meeting in Myanmar on Aug. 30 to work toward the Rohingya’s peaceful coexistence with their neighbors.

“But why do we fear and why do we want others to fear us? Those who want others to fear them should be ashamed of themselves,” she said. “We have to eradicate the roots of fear. How? If I had the answer, my country would have been at peace many years back. But believing that everybody has a core of goodness that can be mined is a start.

She also marveled at some aspects of American society. “When I look around the United States, you are a very, very wealthy country. Why do you want to get richer? What is this drive? Why? How many meals can you eat in a day? Always the drive for more possessions — is it about security? Proving you are better than others? If you could find the answer, it would help us improve relations between human beings.

“I do believe in human beings,” she concluded. “The fact that we are not in caves clubbing each other proves that we are improving. So let’s all put our heads together and find the answers because I am not capable of doing so in one short speech.”

Harvard students and faculty during and after the lecture took the opportunity to honor Aung San Suu Kyi with tributes that ranged from a musical performance by Lynn Chang ’75 on violin and Reyloun Yount ’16 on the yangqin, to a delicate framed portrait presented by a Burmese artist in the audience at the end of her speech, to the Harvard sweatshirt given at the awards dinner by Harvard Foundation intern Devontae Freeland ’19.

Perhaps the most moving was a personal appreciation given by Tout Tun Lin ’19 at the awards dinner following the lecture. Lin spoke about growing up in Myanmar under the close eyes of parents who feared his arrest, seeing the freedoms enjoyed by teenagers of other countries in scenes from foreign films, and watching more of his friends disappear each year as professionals fled the country.

“But Aung San Suu Kyi — she stayed. She stayed despite what the party put her through. She stayed,” he said. “And she showed us, the younger generation, that Myanmar’s soul was not dead.”