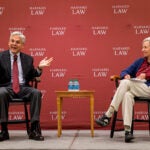 The makings of Merrick Garland

Most managers share one of two origin stories. Some managers started from the bottom and paid their dues with time and sweat. Others inherited their position, forever distant from those they try to lead. Of the former, a small contingent quickly ascends the ranks, only to be thrown back to the starting line by circumstance. This summer, I found myself among the latter, the oddly privileged few.

As with many college students, my summer began in an air-conditioned office in the District of Columbia. My morning commute started at 0715, work generally ran from 0830 to 1700, and I found myself back in my apartment by a humid 1830. I was on military time. Work at the Pentagon was strange, to say the least. My department, the Office of the Secretary of Defense for Policy (OSDP — the government loves its acronyms) included a mix of high-ranking military personnel, political appointees, and their various staff members.

Of these groups, the military personnel presented the greatest challenge for me. Now, you may be thinking: Aren’t you a cadet? Shouldn’t your exposure to the Army prepare you for interaction with other military personnel? As a cadet, the highest-ranking officer I interact with on a regular basis is a lieutenant colonel. In the Pentagon, full-bird colonels are a dime a dozen. (If you’re a full-bird colonel who’s reading this, please don’t hurt me. You’re worth far more than a dime.) My office covered the Pacific Ocean, and I was the sad shrimp surrounded by sharks.

‘I was no longer a manager of American foreign policy. I was a cadet once more.’ — Nathan Williams

Nevertheless, I adjusted to my new environment. I learned the art of tact as well as how to handle a conversation with individuals whose ranks dwarfed mine. I helped plan meetings and provided concise briefings for my superiors — all without succumbing to the corporate evil known as coffee. Within a few weeks, I found myself at home, eager to aid in the management of America’s defense.

Six weeks in Washington had spoiled me. My co-workers kept me busy, and the constant stream of news and assignments sheltered me from boredom. With baked goods, air conditioning, and a state-of-the-art athletic center, life in the Pentagon was comfortable. Then came June 26.

Most cadets have mandatory training each summer. I partook of Cadet Initial Entry Training (CIET) at Fort Knox. I got to travel to Slovakia as part of the Army’s Cultural Understanding and Language Proficiency Program (CULP — again, the government loves its acronyms). The program’s goal is to immerse future Army officers in different cultures and expose them to foreign militaries.

On June 26 I flew to Fort Knox for a pre-deployment screening, and on July 1 my Slovak adventure began. The transition from the Pentagon to Knox proved difficult at first. My slacks and tie were replaced by boots and a uniform. My office was exchanged for a barracks, and I found myself rapidly melting under the Kentucky sun’s ruthless rays. I was no longer a manager of American foreign policy. I was a cadet once more. 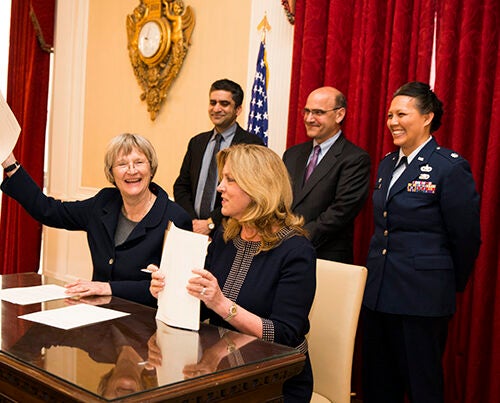 But I didn’t find the transition from intern to cadet unfortunate. As I said, I consider myself among the world’s oddly privileged individuals. I’ve spent most of my life learning foreign policy from books and binders. CULP, on the other hand, enabled me to experience foreign policy firsthand.

At Harvard, you can find yourself in a café leisurely discussing the implications of Donald Trump’s political rise and Brexit’s passage on Eastern European affairs. In Slovakia, I could see the expressions of my Slovak peers as they contemplated the ramifications that a resurgent Russia and a potential Trump presidency could have on their young country.

At the Pentagon, you can research the effect of Soviet training on our newest NATO allies in Eastern Europe. Through CULP, I directly observed the legacy of Soviet doctrine on Slovak training exercises, as well as the impact of secondhand Russian equipment on their operational capabilities. I fumbled with their outdated CZ-58 rifles, I struggled to readjust their 1960s-era helmets, and I experienced the frustration of receiving Soviet-style explanations for their field training (meaning none whatsoever).

Thus, I grew closer to our Slovak counterparts, learning what one cannot discover at Harvard or at the Pentagon: the personal struggle of a soldier growing up in a 23-year-old country in the middle of an important political transition. CULP didn’t interrupt my political summer experience. It completed it.