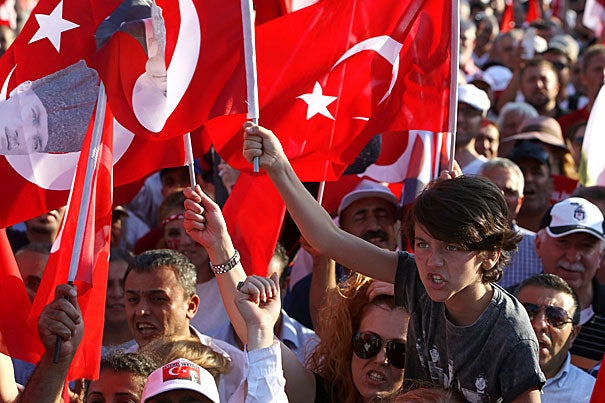 A Harvard conference will review how online learning works best, and how to make it better.

MOOCs (massive open online courses) have sparked explosive growth in both education and opportunity. Consider edX. Since this joint Harvard and MIT online platform launched in 2012, it has attracted more than 27 million course enrollments representing more than 8 million learners, uniting students all over the world with teachers and course material through lectures, interactive forums, problem sets, videos, and more.

What many of those students may not realize is that the learning goes both ways. Each time a student clicks a link or logs into an online conversation, he or she leaves a digital trail. And that information is vital to expanding and improving the future of learning.

“There’s a tremendous demand for learning from people around the world,” said Peter K. Bol, vice provost for advances in learning (VPAL) and the Charles H. Carswell Professor of East Asian Languages and Civilizations. He pointed out that 70 percent of edX registrants already have bachelors’ degrees. “They’re doing this because they want to learn,” he said. “And with large amounts of data available, we can actually figure out what works and what doesn’t work.”

The proper, careful, and organized use of that information will be the topic of an expansive workshop and conference on Friday. This first Harvard-MIT data workflow event for edX institutions will introduce participating institutions to the edX infrastructure and allow attendees to share their perspectives on the need for analytics and reporting at their home institutions. Among other schools, Arizona State University, Boston University, Colgate University, Hamilton College, Rice University, Wellesley College, and Microsoft Corp. have made plans to attend.

The focus of the daylong event, said Dustin Tingley, faculty director of VPAL and professor of government, will be on “learning from the students how they’re using the platform, and learning how we can design a better educational experience for those students.” 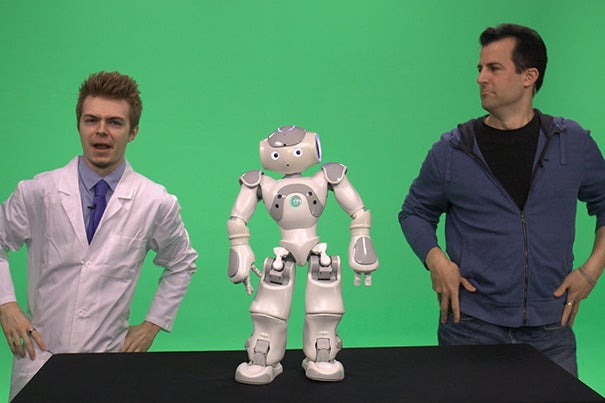 To do that, said Daniel Seaton, VPAL research scientist and conference organizer, universities and other MOOC creators have to wrangle the enormous amount of data these courses produce. For Harvard alone, in the four-plus years since edX was launched, roughly two terabytes have been generated to date. “Then when you start talking about replication and storage and some of the things that happen when you backup data,” Seaton added, “you’re up to four terabytes — and it’s growing.”

The goal is to avoid having every university come up with its own system. In addition to the effort that would be wasted if each participant “reinvented the wheel,” this would hinder cooperation in developing effective MOOCs going forward.

“We’re driving toward having more data standards that would facilitate communications between institutions,” said Seaton. As Bol explained, this kind of beneficial feedback loop fits perfectly with the MOOC mission. “MOOCs are deeply collaborative,” he said. “They involve lots of people working together and thinking together.”

Already, user data is improving MOOCs. “We’ve looked at how people have been behaving and engaging on these platforms,” said Tingley. “And we realized there were people who wanted to be engaging more intensively, doing problems to practice, having discussions with their classmates.”

This data is also sparking other important conversations. “The MOOC movement has been a catalyst for broader conversations around educational data,” said Seaton. For example, he pointed to the wealth of information in student records. “How should we use this?” he asked. “What’s the appropriate use of this kind of data? How do we treat it? What I really find is that that conversation would be happening if MOOCs hadn’t happened.”

In addition, this vast store of data may offer broader insight into the human brain. “One of the critical priorities for HarvardX is using online learning for doing research and understanding not only what constitutes the most effective practice but also what this can tell us about how humans learn in general,” said Robert A. Lue, professor of the practice of molecular and cellular biology and faculty director for HarvardX, as well as one of its co-creators.

Because MOOCs use a combination of video, text, and audio, the data that has been collected on how students use each feature — which, for example, are lingered over or returned to — can shed light on how various subjects are best absorbed. Lue gives the example of the recent discovery that visual learning is extremely important in the sciences. “Science courses online are now extremely visual,” he said. “It’s really over the last few years that this has been a trend in science education. The importance of visual learning is not a discovery of HarvardX, but HarvardX is certainly doing its part.”