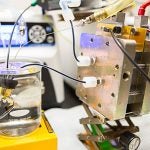 A battery inspired by vitamins

It’s long been associated with failing grades and accidents behind the wheel, but it turns out that the wandering mind may be far more complex than many believe.

A new article by Paul Seli, a postdoctoral fellow working in the lab of Dan Schacter, the William R. Kenan Jr. Professor of Psychology, examines variations in mind wandering. In the article, Seli and colleagues argue that mind wandering happens both with and without intention, noting important differences between the two in terms of causes and consequences. The research pointing to this conclusion is outlined in a paper in Trends in Cognitive Sciences.

Researchers first began examining mind wandering — or “task-unrelated images and thoughts” — in the late 1970s. Despite a noted difference between intentional and unintentional modes, the distinction had little impact on the field and consequently fell by the wayside.

“Over the years, a number of different constructs have been unified under the single term ‘mind wandering,’ and through that process, the distinction between intentional and unintentional types was lost,” said Seli. “However, if intentional and unintentional types of mind wandering behave differently, and if their causes differ, then it would be exceptionally important to distinguish between the two. Without such a distinction, researchers will effectively conflate two unique cognitive experiences, and as a consequence, our understanding of mind wandering will be incomplete and perhaps even flawed.”

By the time Seli, as a Ph.D. student at the University of Waterloo in Canada, began to look into mind wandering, it was largely regarded as unintentional thought with links to a range of negative consequences. 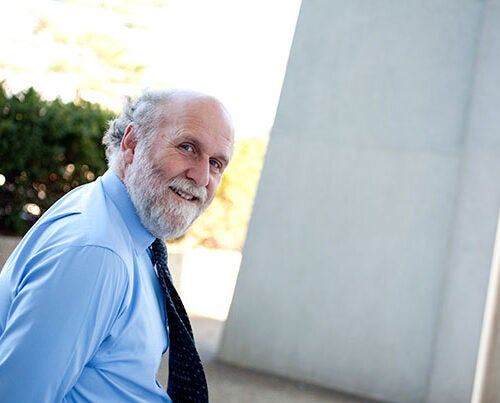 Harvard's Schacter examines links between past and future

Before long, though, he began to suspect something deeper was at work.

“To study mind wandering in the lab, we often present participants with boring tasks to elicit these task-unrelated thoughts,” he said. “Throughout these tasks, we typically assess mind wandering by presenting participants with ‘thought probes,’ which are temporary task interruptions that require them to report whether their thoughts are focused on the task or on something unrelated.”

Over the course of several experiments, Seli began to realize that some participants weren’t simply losing their focus, but seemed to intentionally disengage.

“Now, there are certainly instances where people care about performing well on these laboratory tasks, and despite their best intentions to stay focused, their thoughts drift away, but it became clear to me that this isn’t always true, even though this is often the assumption that is made in the literature. If people do in fact frequently experience intentional mind wandering, and if the causes of intentional and unintentional mind wandering differ, then this would be exceptionally important because it would suggest that attempts to reduce the occurrence of mind wandering will also likely differ.”

Seli, working first with colleagues in Canada and then at Harvard, set about devising experiments aimed at understanding the distinction between intentional and unintentional mind wandering.

One way to demonstrate that intentional and unintentional mind wandering are distinct experiences, the researchers found, was to examine how these types of mind wandering vary depending on the demands of a task.

In one study, Seli and colleagues had participants complete a sustained-attention task that varied in terms of difficulty. Participants were instructed to press a button each time they saw certain target numbers on a screen (i.e., the digits 1-2 and 4-9) and to withhold responding to a non-target digit (i.e., the digit 3). Half of the participants completed an easy version of this task in which the numbers appeared in sequential order, and the other half completed a difficult version where the numbers appeared in a random order.

“We presented thought probes throughout the tasks to determine whether participants were mind wandering, and more critically, whether any mind wandering they did experience occurred with or without intention,” Seli said. “The idea was that, given that the easy task was sufficiently easy, people should be afforded the opportunity to intentionally disengage from the task in the service of mind wandering, which might allow them to plan future events, problem-solve, and so forth, without having their performance suffer. 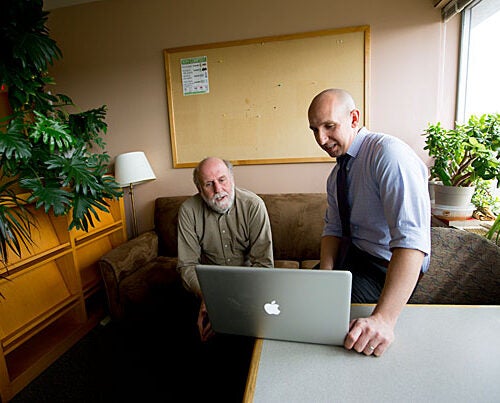 The findings add to past research raising questions on whether mind wandering might in some cases be beneficial.

“Taking the view that mind wandering is always bad, I think, is inappropriate,” Seli said. “I think it really comes down the context that one is in. For example, if an individual finds herself in a context in which she can afford to mind-wander without incurring performance costs — for example, if she is completing a really easy task that requires little in the way of attention — then it would seem that mind wandering in such a context would actually be quite beneficial as doing so would allow the individual to entertain other, potentially important, thoughts while concurrently performing well on her more focal task.

“Also, there is research showing that taking breaks during demanding tasks can actually improve task performance, so there remains the possibility that it might be beneficial for people to intermittently deliberately disengage from their tasks, mind-wander for a bit, and then return to the task with a feeling of cognitive rejuvenation.”