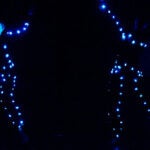 Harvard's Schacter examines links between past and future

It happens to all of us: We think we learned of the Sept. 11 attacks from a radio report, when, in fact, the news came from a co-worker; we’re sure the robber running from the bank was tall, when actually he was short; we remember waking up at 7 yesterday, when 8 is closer to the truth. Such “false memories,” unavoidable in everyday life, can have disastrous consequences in courtrooms and other settings where exactitude matters.

We create these false memories, according to Harvard psychologist Daniel Schacter, because our brains are designed to tell stories about the future. “Memory’s flexibility is useful to us, but it creates distortions and illusions,” says Schacter, the William R. Kenan Jr. Professor of Psychology. “If memory is set up to use the past to imagine the future, its flexibility creates a vulnerability — a risk of confusing imagination with reality.”

Schacter, author of two books on memory, was recently honored with the Distinguished Scientific Contribution Award from the American Psychological Association (APA). In a review paper in a forthcoming edition of the journal American Psychologist, Schacter argues that the time machine of the brain is really a virtual reality simulator. Our memories are designed to flexibly imagine the future, Schacter says, but not to record the past verbatim — so they are inherently prone to predictable errors, which experiments reveal.

Misremembering happens to us all the time, Schacter says, because our minds rely on patterns to reconstruct memories — and the patterns often lead us astray. Routine behaviors, called “schemas” by the psychologist Frederic Bartlett in his classic “Remembering” (1932), distort our memories by making us assume events happened the way they usually do. For example, we may “remember” that we biked to work today because we ordinarily do, when today we actually drove. Our memories are also biased by our emotions.

“Positivity bias” is an example of such a memory distortion. Since we have a tendency to remember emotionally charged events, our memories are crowded more with emotional events than with ordinary things from our daily lives — and these tend to be biased toward the positive, while negative memories slip away. In a recent study with postdoctoral researcher Karl Szpunar, Schacter showed that when people are asked to imagine positive, negative, and neutral future scenarios, they forget the negative ones faster than the others. That study, subtitled “Remembering a Rosy Future,” was published in the journal Psychological Science in January.

We typically underestimate the length of time that something will take, or the likelihood of future events, because our memories are often weak on the most common (hence most likely) events in our past.  We remember the emotional moments, the fun or scary or sexy ones, and forget the daily drives to work and lunch-table conversations. This leads us to predict the future inaccurately, because we misremember a richer past. Schacter thinks a malfunction in this system may be to blame for mood disorders like depression and anxiety — where simulations of the future are repetitively negative, and hammer home a distortedly negative worldview.  His lab plans to follow up on this line of research.

Memory is inherently constructive, Schacter says: We remember by rebuilding the past from bits and pieces — and the same ability helps us imagine the future. The hippocampus, long considered the seat of memory in the brain, Schacter posits, is actually a “simulator” — the part of the brain responsible for creating movies in the mind, whether they are memories of yesterday, plans for tomorrow, or imaginings from a book or an article we read. In all cases, our minds draw from a store of memory details to build episodes.