When passengers air their fury 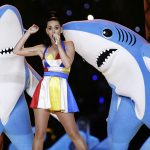 Planes with first-class cabins are likeliest to have disruptions, study says

But while these hassles are often blamed for incidents of air rage, new research finds that a plane’s seating configuration best predicts the likelihood of disruptive conduct. Jets with first-class cabins are nearly four times likelier to report an air-rage incident on board than those without one, according to a new paper co-authored by Michael I. Norton, a social psychologist at Harvard Business School (HBS).

Combing through data from a major international airline about air-rage incidents over the last several years, Norton and Katherine A. DeCelles, a professor at the University of Toronto’s Rotman School of Management, found that unruly behavior was more likely to occur on planes with separate first-class and economy sections, where passengers are segregated by virtue of their ticket price, a condition they refer to as “physical inequality.”

Air rage was also more probable when “situational inequality” occurred during boarding. Making economy ticket holders wait until first-class passengers have boarded and then forcing the former to pass through the first-class cabin to get to their seats — rather than boarding from the middle or back of the aircraft — heightened awareness of the disparate treatment.

“We’ve all experienced the feeling … when you walk through first class and see people with Champagne, of course you’re upset,” said Norton, the Harold M. Brierley Professor of Business Administration at HBS. “So we wanted to document that kind of emotional reaction that people might have [as] compared to other things that also predict air rage, like your flight being delayed and things like that.”

Sociology and psychology literature has long shown that exposure to inequality can spark negative reactions in the “have-nots” and, yes, the “haves.” Those on the lower strata can feel aggravated or stressed because they lack the resources to exert control over tightly controlled circumstances, while those with the upper hand may become irritated or angry when even trivial things don’t meet their expectations because they feel their power and status deserves more, said Norton.

Even after controlling for conditions such as seat pitch and width, length of flight delays, and other variables, the study found:

Norton said the idea for the study came from work he and DeCelles have done on perceptions of the growing wealth and income inequality in the United States, a subject with which many Harvard faculty are grappling. Most say they’d like things to be more equal than what they estimate current levels are.

“We have lots of surveys that say in a very general way [that] people are already upset about the current level of inequality in the United States. But the question is, how does that play out in everyday life?” he said. “We certainly don’t sit around all day thinking about inequality and being upset about it, because we’re living our lives. And so the question is: What are the cases in life where we have moments where we’re exposed to inequality, and where we might really start to have negative reactions?”

It’s too soon to conclude what, if anything, airlines ought to do about the air rage-inequality connection, Norton said. Catering to those willing to pay top dollar for a given service is too lucrative for most to reverse course anytime soon. For some companies, knowing that they can improve customer experience and increase safety by making small changes is an easy decision. For others, reminding economy passengers of their second-tier status directly boosts the bottom line.

“You want people to see how great it is so that they might want to pay more and upgrade for the next flight, which would be more profitable,” he said. “But you might also ruin the experience of everyone who could’ve had an OK time, but now all they’re thinking about is the rich people having an even better time.”

Industry practice has been to allow first-class ticket holders to board first, but “it doesn’t have to be that way,” said Norton. Some airlines allow first-class passengers to avoid the gate crush and the uncomfortable glare of those in economy by allowing them to relax in a deluxe, private lounge and then board just before takeoff, the perk being an escape from waiting on an idling jet for longer than is absolutely necessary.

There are some steps airlines could take to mitigate the conspicuousness of inequality if they wanted to. Companies could obscure the first-class area, like some cruise ships now do, so that economy travelers don’t notice what they’re missing, or they could make the experience more egalitarian.