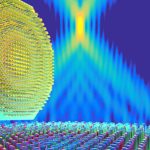 New approach would use antibodies rather than radiation and chemotherapy

Harvard Stem Cell Institute (HSCI) scientists have taken the first steps toward developing a treatment that would make bone marrow blood stem cell transplantation safer, and as a result, more widely available to the millions of people living with blood disorders such as sickle cell anemia, thalassemia, and AIDS.

Bone marrow transplantation is the only curative therapy for these blood diseases. But for the new, transplanted stem cells to do their work, faulty stem cells must first be “evicted” or killed. Accomplishing that requires patients to endure chemotherapy and radiation, a vicious assault on the body with lifelong consequences.

The new treatment removes more than 98 percent of blood stem cells, making it as effective as chemotherapy and radiation, researchers said.

“Instead of using non-targeted drugs that have lots of collateral damage, we thought we could take advantage of the precision of the immune system, in particular antibodies,” said David Scadden, co-director of HSCI, the Gerald and Darlene Jordan Professor of Medicine, and senior author on the paper.

As part of the immune system, antibodies naturally seek and destroy foreign agents in the body. Rahul Palchaudhuri, a postdoctoral fellow in Scadden’s lab and first author on the paper, armed CD45-targeting antibodies with a payload that destroys only existing blood cells. The payload kills cells by means other than genetic destruction, in contrast to the current standard treatments.

“Antibodies are remarkably specific in what they target,” said Palchaudhuri, a chemist by training with a background in cancer research. “We can direct them to CD45, a cell marker that is exclusively expressed in the blood system. That way we avoid toxicities to non-blood tissues.”

Unlike chemotherapy and radiation — which indiscriminately damage cells and tissues, healthy or otherwise — the CD45-targeting antibodies leave unharmed the thymus and the bone marrow, environments critical to the formation of T cells and innate immune cells. Animals receiving the antibody treatment were able to withstand infection that was lethal to mice treated with radiation. Currently, infections after transplant are common and may be severe, causing death in a substantial number of people.

About one in 10 patients do not survive transplantation following the standard treatments. Those who do may suffer from stunted growth and intellectual development, infertility, and damaged DNA; at present, patients can only attempt a curative transplant by increasing their risk of developing cancer later.

Because of this, families and doctors often shrink from transplant options, particularly when it comes to treating children, and that will limit the extent to which the breakthroughs in gene therapy and gene editing will be applied, explained Scadden, who is a practicing hematologist at MGH and chairman of Harvard’s Department of Stem Cell and Regenerative Biology.

Animals that received the antibody treatment had a broad, 10-day window within which they could accept a bone marrow transplant, and individuals that did not receive a bone marrow transplant were able to fully recover without adverse effects. Furthermore, mice suffering from sickle cell anemia had successful transplants using the antibody method and were cured of their anemia. Should the same hold true for humans, what amounts to months of recovery in a hospital bed may be replaced by an outpatient procedure, and a failed transplant would not be fatal.

“If this approach works in humans, it will really change the conversation that providers have with patients,” Scadden said, especially those “who have these underlying genetic disorders and for whom the new gene-editing and gene-therapy techniques are being developed.”

The scientists are now trying to identify antibodies that would be effective in humans. A company has been formed to move the work toward translation and determine which models are most useful in a preclinical setting.

“It brings precision medicine into the area of transplant in a way that hasn’t been there and is needed,” Scadden said.

The work was supported by the Harvard Blavatnik Biomedical Accelerator Fund and the National Institutes of Health.