Left to their demons 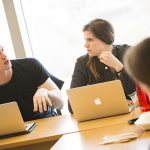 Refugees fleeing war and conflict find shelter but little solace in camps erected to house them, according to Richard Mollica, who heads the Harvard Program in Refugee Trauma (HPRT).

Mollica, a professor of psychiatry at Harvard Medical School, has worked with refugees for decades. The camps themselves can be dangerous places, rife with sexual violence, he noted. And, though shelter and safety are the main priorities for new arrivals, Mollica knows from experience that a holistic approach that includes mental health care is critical for their long-term prospects.

The problem is getting worse. As the United Nations marks World Refugee Day on Monday, the U.N. High Commissioner for Refugees (UNHCR) is reporting unprecedented numbers of refugees, with 42,500 added daily. Data from UNHCR show 59.5 million displacements around the world, with 19.5 million people fitting the definition of refugee by traveling abroad in search of safety and better lives.

Though European countries have become a prominent destination for those fleeing conflict in Syria, Iraq, and Afghanistan, UNHCR figures show that the nations hosting the largest refugee populations are outside of Europe: Turkey, Pakistan, Lebanon, Iran, Ethiopia, and Jordan.

Mollica, who is consulting with governments in Greece and Italy on the crisis in Europe, took a break from his travels to speak with the Gazette about the challenges facing today’s refugees.

GAZETTE: Europe, and the Syrian civil war that is driving refugees there, has been in the headlines, but is that the largest refugee crisis in the world today?

MOLLICA: I think the largest crisis has to do with the Syrian refugees. You have millions of Syrians who are living displaced. [They’re] in Jordan; they make up a significant percentage now of Lebanon’s population. They’re in Turkey and they’re fleeing by the hundreds of thousands into Greece and Italy, trying to get into Europe. This is where most of the crisis is: the war in Syria. Then you have also Iraqi refugees fleeing the crisis in Iraq and they’re coming into these countries and trying to flee into Europe. You also have many Afghan refugees as well. And then you have the enormous number of people coming in from Eritrea, Somalia, and other parts of Africa, trying to get into Europe as well by taking boats to Greece and Italy.

‘You have whole generations of children now growing up who really are people without a country.’

GAZETTE: What are the common challenges that refugees face?

MOLLICA: It depends on whether you’re talking about chronic refugee camp situations like the Palestinians or the camps in Kenya, where people have been living in these camps for over 20 years. They face different problems than people who are in the acute refugee phase, like the Syrian refugees fleeing the civil war, or the Iraqi refugees fleeing ISIS and the conflict in the Middle East.

In the chronic state, you have a problem with people who feel hopeless. They’re living displaced. They have no secure environment. They have no constitutional rights to being part of a country. They’re being protected by the international community. You have whole generations of children now growing up who really are people without a country. The problem of the chronic refugees is really one about dependency, hopelessness, despair. The younger people are affected by no jobs, no school, poor education.

And then you have the people coming into the camps from the Syrian civil war who have faced tremendous brutality and suffering. They’re seeking some kind of protection from a terrible, brutal civil war that’s been impacting them, protection from future violence. Many of them lost everything. Their homes, family members murdered, children were murdered, rape. They’re coming in a very acute and terrible state, having suffered.

GAZETTE: Are the physical problems a higher priority to address or are the mental problems perhaps more significant because they’re even longer-lasting?

MOLLICA: The general concept is to provide refugees who are going through the acute crises with safety and protection, food, water, and shelter, and some acute emergency care. And I think the United Nations and the international sponsors have done a very good job relocating and protecting millions of people in Lebanon and in Jordan. But the problem is that these refugees are so traumatized that one would guess that about 60 percent have major depression and about a third also have post-traumatic stress disorder.

Because you carry this psychological burden, that doesn’t mean that you can’t function, you can’t go to school, you can’t work. It’s just that you’re in a state of serious emotional distress and suffering. The model — safety, protection, food, meeting humanitarian needs — provides a basic structure of safety and support, but these environments are not healing environments, they’re not recovery environments. That’s the problem you have today. You have millions of people who have a tremendous physical injury, tremendous losses of family, sexual violence, and gender-based violence, etc., and they come into refugee camp settings, where there’s no healing agenda, no recovery agenda.

That’s HPRT’s biggest critique of the current situation. One camp, called the Zaatari camp [in Jordan], which is massive and huge and just a sand desert — in no way at all can one call that a healing recovery environment for people. People are being warehoused, [though] the governments, the United Nations High Commissioner, and the international community are doing the best they can.

GAZETTE: Would it better for refugees to be in a position where they could work, support themselves, maybe go back to school?

MOLLICA: Absolutely. I’ll be talking about this at the World Bank next week. Health is siloed from mental health, and mental health is siloed from community development, economic and social-cultural development. We’re talking about people who live in very siloed worlds, where the humanitarian aid gets the top priority, disease gets next priority, mental health is a sideshow, and the basic recovery of the people — including rebuilding their spiritual environment, their cultural environment — is not even on the table. You don’t have an integrated, holistic approach to the refugee crisis and refugee community, and that’s the problem.

I’ll give you an example. With unaccompanied minors, between 11 and 17, about 10 percent are girls. They have to leave their families, they’ve been through civil war, they have to go on a long journey by themselves. They come into Greece by the tens of thousands. They’re given safety and protection. But most of the kids have been trafficked; they’re in the hands of traffickers. There’s no adequate healthcare for these kids. There’s absolutely no mental health care for these kids, almost none, and no sense of developing a program. They are — especially the girls — sitting ducks for traffickers. [The camps] have no integrated, holistic approach to how you deal with the well-being of an 11-year-old girl who ran away or was sent away by her family to Greece and has been through such horror. It isn’t enough to put her in protective shelter.

GAZETTE: It sounds like the rationale is: OK, let’s get everybody a place where we can feed them and give them shelter and we’ll keep them there until the conflict is over and then they can go home and pick up their lives like they were before.

MOLLICA: It’s what I call the rubber-band model. The refugees are the stretched rubber band. You put the rubber band in the camp, it’s less stretched. You send them home and it’s not stretched anymore and they go back to normal. Of course all the epidemiological research shows this is not true. And the rubber-band phenomenon is not based on credible scientific evidence. … Yet that’s the philosophy.