Against suicide, a century of little progress 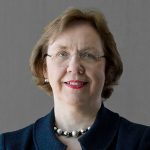 In late April, the National Center for Health Statistics reported a nearly 30-year high in suicides in the United States.

The lab of Matthew Nock, a professor of psychology, is conducting leading research on suicide and self-injury. In a conversation with the Gazette, Nock put the recent stats in perspective and spoke about risk factors for suicide against a backdrop of economic instability and social isolation. He sounded hopeful when he talked about promising research that might eventually help prevent suicide, which takes more American lives than war, homicide, and violence combined.

GAZETTE: A recent federal report found that the U.S. suicide rate has increased over the past 30 years. Did this finding surprise you?

GAZETTE: How would you characterize the suicide situation in the United States based on the report?

NOCK: For me, the take-home is that suicide is a huge problem. It’s not a new problem — the rates have always been where they are now. We have seen mortality rates for other problems or diseases decrease over time; the rates of death due to influenza or pneumonia have dropped enormously over the past 100 years, whereas for suicide, it has been pretty flat. It’s a big problem but not a new one.

GAZETTE: If suicide rates are more or less where they were 100 years ago, do we have a reason to be alarmed now? Is suicide a leading cause of death?

NOCK: In the United States, suicide is the 10th leading cause of death. If we take the long view, it hasn’t been increasing, it is where it was 100 years ago, but we should still be alarmed. Whereas we’ve been able to decrease mortality due to other manners of death, we haven’t been able to do so for suicide.

GAZETTE: You argue that higher priority should be placed on suicide research.

NOCK: We spend, as a country, disproportionately less money for suicide research than we do for other leading causes of death. Although suicide is a leading cause of death, the federal government spends more money on researching lupus, headaches, and Lyme disease than it does on suicide prevention, which is not to say they aren’t important problems, but they aren’t nearly as concerning as suicide is. Around the world, more people die by suicide than by wars, homicide, and violence combined. We are each more likely to die by our own hands than by someone else’s. We need to better understand why.

GAZETTE: What can you tell us about the risk factors for suicide?

NOCK: Being female increases your risks of thinking about suicide and attempting suicide whereas being male greatly increases your risks of suicide death. So women think about suicide more and engage in suicidal behaviors more than do men, but men die from suicide by a ratio of 4 to 1 relative to women. We do know that mental disorders are important risk factors; depression, anxiety, substance abuse, and impulse-control problems all significantly increase the risk of suicidal behavior. What we haven’t been historically good at is using that information to identify exactly who’s at risk. Take depression, for instance. It’s a strong risk factor, but most people with depression will never be suicidal, so we need to improve our ways to identify which people, given the risks factors, will commit suicide. We’re making some improvements.

GAZETTE: Can you tell us about those improvements?

NOCK: Researchers in the past two years have started to create risk scores or algorithms that are increasingly able to identify which people are at higher risk.

GAZETTE: Who is at higher risk?

NOCK: It’s people with a combination of risk factors. As the number of mental disorders a person has increases, that person’s risk increases. In addition, things like childhood adversities and legal or relationship problems increase risk. As you pile on these different risk factors, we see the person’s risk getting higher and higher.

GAZETTE: Let’s talk about the external factors — such as economic downturns, social isolation, and divorce rates — that might influence suicidal behaviors. Do they play any role? Do they change over time?

NOCK: If you look at the research, the risk factors that we’ve been examining for suicidal behavior are pretty similar across the past 30 years. Researchers around the world are trying to identify novel risk factors, things beyond depression, anxiety, substance abuse, and gender, which we knew for a long time were risk factors.

GAZETTE: One of the projects you’ve been conducting in your lab is research on predictors of suicidal behavior. Can you tell us more about this project?

NOCK: One of the things we’ve been doing is trying to develop behavioral tests, reaction-time tests, that use a person’s behavior to tell us whether they’re thinking about suicide or are at risk for suicidal behavior. This goes beyond the idea of asking those who are at risk of suicidal behavior, “Are you thinking about hurting yourself or killing yourself?” Because this is problematic, for a number of reasons, primarily because people who want to die by suicide often don’t want to tell others because they don’t want to be intervened upon. But we can use behavioral tests to measure how quickly they respond to certain words or certain pairs of words. Using these tests, we can tell with some degree of accuracy who’s thinking about suicide and who’s at risk of suicidal behavior.

GAZETTE: I saw that your lab is using these tests in the real world. What have you found so far?

NOCK: We are conducting a study in the emergency room at Mass. General Hospital with colleagues at Harvard Medical School as collaborators. We created what would be a risk calculator for suicidal behavior. We have best-predicting self-report questions, we use our best behavioral measures, and we’re also using algorithms to extract information from medical records to help us predict who’s at risk for suicidal behavior. We’re doing this with 2,000 patients and we’re going to follow them over time. We’re going to put all this information together in a way that can tell clinicians who’s at risk, and we hope to eventually put this information in the hands of clinicians.

GAZETTE: You have said that people who die by suicide often don’t tell others about it, which makes it hard to help them. What are the challenges for a study like this?

NOCK: Two-thirds of people who die by suicide, studies show, told other people they were thinking about death or wanted to be dead before they actually have been suicides. Often people would give signals that they’re thinking about suicide. On the other hand, 80 percent of people who die by suicide exclusively deny they were suicidal before dying. There is often the signal put out but then there is often a denial that the person was thinking about suicide. What this means is that we need more reliable ways at identifying who is at greater risk of acting on suicidal thoughts.

GAZETTE: Your lab has also been experimenting with treatments for suicidal behaviors. Can you tell us more about the mobile application that aims to reduce suicide plans and behaviors?

NOCK: We just published a paper led by Joseph Franklin, a postdoc in our lab, about a mobile app that aims to reduce non-suicidal and suicidal self-injury. The idea is that many people are at risk of suicide but there are a lot of barriers to treatment due to stigma, limited resources, and so on. And the thinking was to create an intervention that can reach anyone with an Internet connection. In this paper, we did three different trials where we assign people to get the app, called Therapeutic Evaluative Conditioning (TEC), designed to condition people to have an aversion toward suicidal or self-injury behaviors. The trials showed significant decreases in self-injury and suicide plans and behaviors.

GAZETTE: Why are you optimistic about this treatment?

NOCK: We’re very optimistic about this because it can be put in the app store and anybody can put it in their phones and use it whenever they want. Just by doing this, we saw significant decrease in people’s suicide planning and behavior and self-injury. On the downside, a lot of gains we saw went away over time, but we interpret it as evidence that we can change these behaviors with an intervention like this. The question is how to change them more, and for longer periods of time.

GAZETTE: How do you compare the suicide rate in the United States to the rates of other countries in the world?