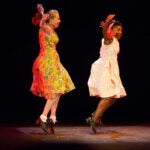 The arts in review

Back in 1642, at Harvard’s first Commencement, the graduates — all nine of them — each had to deliver orations, defending their theses, in Latin, Greek, or Hebrew. Today, just three graduates will shoulder that burden for the sake of their 2,000 classmates. Only they won’t have to defend their theses; they’ll try to inspire the Class of 2016 with encouragement, advice, and food for thought. And though one will give her speech in Latin, the other two will be firmly grounded in English.

All three will speak from memory, to an audience of more than 30,000 at Morning Exercises in Tercentenary Theatre. Having made it through an auditions gauntlet one called “terrifying,” here are portraits of the three 2016 Commencement orators:

When a poisonous spider bit a young Jiang He on the hand, his mother put a chopstick in his mouth, wrapped his hand in wine-soaked cotton, and set the cotton on fire. As Jiang will explain in his speech, there is some scientific basis for this folk remedy, the only kind available in his native village in China’s Hunan Province. Nevertheless, the searing pain he felt that day drove Jiang to seek out more modern answers in biochemistry.

It was a long way to graduate school at Harvard from the remote, rural village where Jiang grew up in a traditional farming family. The village didn’t get electricity until the 1990s, and the Jiangs continued using oil lamps to save money. They and their neighbors dug their own wells for drinking water.

“Educational resources were also limited,” said Jiang. He and his brother walked 90 minutes over mountainous terrain to their cheaply built school, which once collapsed in a rainstorm. The math teacher was moonlighting from his primary job as a butcher. “Back then, I could never imagine myself getting out and studying at places like Harvard,” Jiang said. He’d never set foot in a city or used a computer when, in 2005, he entered college, the first in his family to do so.

Jiang, who earned his Harvard Ph.D. in molecular and cellular biology, recently became a postdoctoral researcher at Massachusetts Institute of Technology, with his name on studies in The Journal of Cell Biology, The Journal of Experimental Medicine, and other scholarly periodicals. His research at Harvard focused on developing single-molecule imaging techniques and applying them to the study of biological processes, especially flu virus infection.

More generally, Jiang wants to bring advances in medicine to underserved communities such as the one he came from. He hopes the newly minted scientists and doctors in the audience at Commencement will think about how to do the same.

“I have experienced the drastic contrasts of rural and modern life, and have seen how knowledge and technology are unequally distributed,” Jiang said. “We could easily help so many people in the underdeveloped world by sharing and communicating the knowledge we have in the modern world to these people. That really motivated me to write the speech and bring this message to the others. [I hope] to trigger Harvard graduates to rethink our mission as we start our next voyage.”

Growing up in New York City, Anne Power sang with the Metropolitan Opera Children’s Chorus, so she’s no stranger to performing in a foreign language in front of large crowds. She learned Spanish starting in the first grade. And her parents read Greek myths to her, which sparked an interest in the classics and eventual lessons in ancient Greek, though she didn’t fall in love with the tongue of Sophocles. “Greek has its own charms that I’ve yet to discover for myself,” Power said.

But Latin wielded its spell as soon as Power began studying it in seventh grade. “It’s so fun — it’s like doing a jigsaw puzzle,” said Power, who is graduating with a classics concentration and a secondary in art history. “I like that you can take the separate pieces and put them together and suddenly you have a sentence, and that sentence can be thousands of years old. It’s a direct connection not only to the person who wrote it but also to the untold generations who’ve translated it before you.”

Not only is the language fun, it also remains relevant, said Power, which is what she hopes to convey in her Commencement oration. (The Latin speech and its English translation are printed in the Morning Exercises program, and the English translation will scroll across LED screens during Power’s speech.)

“It is, technically, a dead language, but that doesn’t mean it’s not spoken,” Power said. Latin is alive in specialized realms such as the Vatican, legal documents, and scientific classifications, and many of us use Latin phrases such as et cetera, exempli gratia, and id est (abbreviating them to “etc.,” “e.g.,” and “i.e.”) without even considering their origin. More important, the largest chunk of the English vocabulary — at least 28 percent — comes from the language of the Roman Empire. “Latin has so many cognates with English,” Power said. Finally, she said, the study of Latin is excellent mental exercise. “It’s a wonderful way to train your mind.”

A member of the Harvard-Radcliffe Gilbert and Sullivan Players, Power explained how she’s peppered her speech, “Thesaurus Linguae Harvardianae,” with phrases that “the Romans never would have said,” but that might strike a chord with Harvard’s Class of 2016. Keep an ear out for sedes ex sacco fabarum facta (beanbag chair) and Numos Sidereos (Starbucks). Up to the last minute, she mulled working in a joke about the mumps, but she admitted that paramyxovirus isn’t as comical-sounding as, well, “mumps.”

Joshuah Campbell is no stranger to Gazette readers, having been profiled as one of Harvard’s stellar graduates. The silken-voiced senior from South Carolina has graced the stage with the Krokodiloes, the Harvard-Radcliffe Dramatic Club, Harvard BlackC.A.S.T., and the Hasty Pudding Theatricals. Many in the Harvard community will also recognize Campbell from his turn introducing comedian Conan O’Brien ’85 before the latter’s recent public appearance with President Drew Faust. And he sang an original song during last fall’s demonstration in support of black student activists at Yale and the University of Missouri, Columbia.

“I feel the most like myself when I’m on stage,” said Campbell, who is graduating with degrees in music and French. After college, he plans to continue singing and performing, with abandon and without embarrassment. In his oration, he will urge his classmates to be unabashed as they pursue their own passions.

“I hope that [listeners] will go away more OK being, for lack of a better word, unapologetic,” Campbell said. “Unapologetic and OK with a notion of themselves that is perhaps imperfect, that is willing to take risks, to be playful, to not back down in a way that would hinder them from being self-expressive and having meaningful interactions with other people.”