The workings of the Overseers 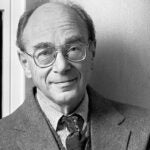 Elections begin for ever-evolving, diverse board that has shepherded Harvard since 1642

Kenji Yoshino ’91 admits that the top hat and tails he dons on Commencement morning each spring might be a bit off-putting to graduating students walking nearby, but Harvard University does tradition like few others.

More important than the garb, Yoshino says, is that students understand that the 30 men and women in the ceremonial dress of Harvard Overseers were once students like them. And at least some of those students striding through the Yard will one day be like Yoshino and other Overseers: key alumni voices in the University’s governance.

Yoshino is the president-elect of the Board of Overseers, the larger and slightly older body of Harvard’s unique two-governing-boards system.

Five Harvard Overseers are elected by the University’s alumni each year to serve six-year terms. The process creates a rolling renewal of faces, experiences, and voices — important because the institution and its challenges are also constantly changing, according to Philip Lovejoy, executive director of Harvard Alumni Association (HAA).

“I think it’s healthy to have fresh perspective, as the needs of the University change,” Lovejoy said.

This year’s ballots went out in the mail earlier this month and are due back by noon on May 20. The newly elected Overseers will take office the day after Commencement.

Also healthy, Lovejoy said, is that the Board of Overseers gives alumni a significant voice in the University’s governance.

Overseers influence the University’s strategic directions and evolving agenda, and counsel University leaders on a wide range of priorities and plans. In addition, the board is called on to consent to certain actions of the other governing board, the Harvard Corporation, such as the election of Corporation members — including Harvard’s president. Overseers also guide the regular review of Harvard’s various departments, Schools, and programs through more than 50 visiting committees that unite Overseers with experts from outside the University.

“It’s just a fascinating place,” said Karen Nelson Moore, a federal appeals court judge and the board’s current president. “Overseers are trying to offer guidance and expertise based on their own experience.”

Moore, who graduated from Radcliffe College in 1970 and from Harvard Law School in 1973, said the University in some ways is a very different place than it was when she was an undergrad. She led a successful fight for women to be able to take part in Harvard’s Commencement exercises and, through her years in College and law school, she never had a female professor. Progress is visible in the fact that Harvard’s president, Drew Faust, and Law School dean, Martha Minow, are women, and women are well represented in the student body and faculty.

When asked whether she would have thought as a student that she’d one day sit on the Board of Overseers, Moore said no, because women weren’t on the Board then.

“Everything was different for women when I was here,” Moore said.

Though the Corporation exercises the conventional fiduciary duties of a university board of trustees, the Overseers have a consequential role in helping shape and steer emerging priorities and assuring that Harvard’s programs evolve with the times, stay true to academic values, and sustain the highest quality.

In recent years, the board’s plenary sessions have ranged widely, touching on everything from the study of religion to the rise of brain science, from multidisciplinary research on climate change to scholarship on inequality and education, from the programmatic aspirations of The Harvard Campaign to the efforts to foster cross-School teaching. Increasingly, as a body with University-wide reach and a membership that spans a range of fields, the board looks for opportunities to focus on topics that spur stronger connections across Harvard’s traditional academic and organizational boundaries.

Relations between the two boards have grown closer in recent years. The Overseers now regularly host Corporation colleagues at their plenary sessions; the board’s executive committee has periodic dinner meetings with the Corporation, sometimes including faculty with shared interests in matters such as global health or innovative pedagogy; and the two boards collaborate in less formal ways, on campus and beyond. In addition, members of both boards sit on four joint committees: alumni affairs and development, appointments, inspection (which deals with audits and risk management), and honorary degrees.

Service on the board requires substantial time and travel. There are four weekend meetings in Cambridge each year, plus one during Commencement week. In addition, there are briefings and reports to read, conference calls in which to participate, and trips back to campus for other duties, such as the two-day “visits” conducted by committees. Visiting committees may be the way that Overseers exert their most significant influence.

Under the guidance of the board, the visiting committees periodically review different parts of the University. Often chaired by current or former Overseers, and generally including one or more members of the board along with subject-matter experts, the committees interview leadership, faculty, and students to get a sense of the work of a department, School, or other unit, and how its work compares to that at other institutions, to University priorities, and to societal needs. The visits typically result in a report that assesses the strengths and shortcomings of a given School or department and offers thoughts on how it can best position itself for the future.

“They come up with a pretty good picture of what is going on at a School [or other unit] and what to worry about,” said Jack Reardon ’60, longtime HAA executive director who stepped down in 2014.

The Overseers standing committees meet with the dean or department chair, as well as the visiting committee chair, to probe the main findings of the report and consider how it might inform future work. The reports, which are shared with the president, the provost, and the Corporation, often help underscore emerging opportunities and challenges that transcend an individual department or School.

The Board of Overseers was formally established in 1642, before the Corporation, which was created in 1650. Its composition has changed over time, particularly after the mid-1800s, when the Harvard Alumni Association was created. A few years later, alumni began voting for Overseers.

The board today represents the range of Harvard’s alumni, which is one of the most attractive things about serving on it, according to Moore, who sits on the U.S. Sixth Circuit Court of Appeals, and Yoshino, the Chief Justice Earl Warren Professor of Constitutional Law at New York University School of Law. Other Overseers are accomplished in fields from the humanities to the sciences to industry to nonprofits.

The composition of the group elected in 2015 includes a physician specializing in women’s cancer research, a college president, the chief information officer of an investment bank, a theoretical physicist, and a justice of the Massachusetts Supreme Judicial Court. This year’s “graduating” Overseers class includes, in addition to Moore, a New York Times columnist, a leader in social entrepreneurship, the head of the Aspen Institute and noted biographer, and the chair of a global travel and hospitality company.

“What can be better than to be with 29 people at the very top of their fields?” Yoshino said. “You get the collective weight of their experience.”

Moore agreed, saying the board’s diversity spans not just intellectual and professional background, but also geography — current Overseers hail from Brazil, England, and India — and life experiences. Moore, for example, served with Stephanie Wilson, who graduated from Harvard College in 1988 and flew on the space shuttle several times.

“In my normal life, I do not meet astronauts,” Moore said. “And thinking back about my childhood, the idea of a woman astronaut was just incredible. And this is someone who graduated from Harvard … and had been up in space multiple times.”

During his year as the board’s president, Yoshino said he’d like to see this deep well of experience and expertise continue to benefit the student body. Alumni can offer experience and perspective to students as they make their way through their studies, and as they determine at least an initial direction in which to set off in life.