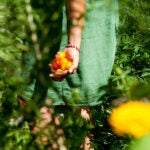 A focus on what we eat

Facebook chief operating officer (COO) Sheryl Sandberg ’91, M.B.A. ’95, has been selected by her Harvard and Radcliffe College classmates as the chief marshal at Harvard’s 365th Commencement ceremony on May 26.

“I feel fortunate to be joining my classmates in welcoming the Class of 2016 to the Harvard alumni community,” said Sandberg.

The 25th reunion class has selected the chief marshal from among its ranks since 1899. In addition to leading the alumni procession to Tercentenary Theatre, the honoree also hosts a lunch for alumni, dignitaries, and special guests of the University.

“One of the great traditions of Commencement at Harvard is that the students who graduate in the morning are immediately welcomed to the ranks of alumni at the afternoon’s annual meeting,” said Harvard Alumni Association (HAA) President Paul Choi ’86, J.D. ’89. “Having someone as accomplished and admired as Sheryl Sandberg lead us into the Yard will make the occasion all the more special.”

Prior to Facebook, Sandberg was vice president of global online sales and operations at Google, chief of staff to then-U.S. Treasury Secretary Lawrence Summers, a management consultant with McKinsey & Co., and an economist with the World Bank.

Sandberg is the author of the bestsellers “Lean In: Women, Work, and the Will to Lead,” which has sold more than 2.25 million copies worldwide, and “Lean In for Graduates.” She is also the founder of LeanIn.org, a global community committed to empowering women to achieve their ambitions.

Sandberg has been an active alumna. In 2013, she was the keynote speaker at Harvard Business School’s W50 Summit, celebrating the 50th anniversary of the admission of women. The following year, she was selected as Class Day speaker by the graduating class of Harvard College.