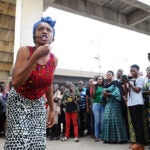 A legendary performer, the Madrid-born Domingo studied at the National Conservatory of Music in Mexico City, singing with his parents’ zarzuela (musical comedy troupe) as a teenager and landing early roles as a baritone. He worked many minor jobs and as an accompanist before he landed his first leading role at the Teatro Maria Tereza Montoya in 1961, when he performed as Alfredo in “La traviata.” He spent an intense three seasons at Tel Aviv’s Hebrew National Opera, then came to the United States to premiere Alberto Ginastera’s “Don Rodrigo” at the New York State Theater at Lincoln Center for the Performing Arts. An international performer known for his rich tenor voice, Domingo has an affection for stages across the globe as both opera singer and conductor. He is married to soprano Marta Ornelas, and has two sons.

He has performed “Tosca,” “La bohème,” and “Carmen” many times, and has also conducted many of these operas. In London in 2003, he sang the matinee performance of Leoncavallo’s “Pagliacci” and conducted the same opera that evening.

Domingo is president of Europa Nostra, an organization that champions projects to restore and preserve Europe’s cultural heritage. He was awarded the Presidential Medal of Freedom, and has been a Kennedy Center honoree. In 2009, Sweden presented him with the first Birgit Nilsson Prize ($1 million) for outstanding achievements in opera. He donated the prize to help fund Operalia, the international opera competition for young performers he established in 1993.

He spoke with the Gazette via email.

GAZETTE: Plácido Domingo by the numbers is extraordinary. More than 3,800 performances — 800 at the Metropolitan Opera. One hundred forty-seven roles. Hundreds of recordings. What has been your secret?

DOMINGO: Passion! I love what I do and I am happiest when I am making music and around the theater, my colleagues, a very loving and supportive family, and dear friends. I grew up in this world. My parents gave me two lives — my natural life and the life of my music. I knew nothing else growing up, other than soccer, which was my other passion. I wanted to be around music all the time.

GAZETTE: You became a father very young, and it’s a time you described as challenging. You became a working musician, singing background, playing piano as an accompanist. Did it frame the hard worker you became?

DOMINGO: Certainly. This circumstance came very early on, and I needed to become an earning professional much sooner than I would have had to otherwise. No doubt it forced me to develop a sense of discipline, a work ethic, and the consummate student I continue to be today.

GAZETTE: You established Operalia, an annual opera competition for emerging talent. What is your advice to young students? How do you choose the best opportunities when you sometimes can’t see the immediate benefit?

DOMINGO: You need to be passionate and focused. It is all in the road. Not a single step is a waste. I played small parts in musicals, played the piano in bars, accompanied or conducted in my parents’ zarzuela company, and even sang in the first production of “My Fair Lady” in Mexico. Turn every opportunity into a learned lesson.

GAZETTE: As an artist, you still perform (most recently “Simon Boccanegra” in New York). How has your voice changed, and, more importantly, what has changed about how you think about being an artist?

DOMINGO: I still have a very active career both singing and conducting. I am grateful for the extra mileage that I have been granted and so long as I can perform to my and the audience’s satisfaction and enjoyment, I will continue. The recent runs of “I due Foscari” in La Scala in Milan and “Simon Boccanegra” at the Met — both are Verdi baritone roles and I have ventured into these roles because my voice has darkened with time and has come full circle. I did commence my career as a baritone, and had to look and push for the tenor repertoire. “Simon Boccanegra” has been a real dream baritone role, and it was the first one that I did. Other great regal and paternal roles from Verdi’s masterpieces followed. To have found the chance to explore and learn new roles and create new characters on stage has permitted me to evolve and keep my mind busy and fresh.

GAZETTE: Since 2009, you’ve transitioned to baritone roles. Can you talk about the mentality of being able to make that shift?

DOMINGO: I suppose I acquired the ability very early on. Not only because I had to start working and earning a living in whichever way possible, but also because of the great diversity of repertoire that my wife, Marta, and I had to prepare and perform during our 2½-year residence in Tel Aviv at the Israel National Opera singing 280 performances in 12 different roles.

GAZETTE: You won 14 Grammys, were the first to receive the Birgit Nilsson Prize, and will be an inaugural inductee in the Lincoln Center Hall of Fame. Does anything still elude you? What do you still want to accomplish?

DOMINGO: I am happy and honored to be recognized and celebrated for what I do, and to be able to give back to this wonderful art form. I pray for health and time to spend with my family. If God blesses me with the possibility to continue performing, I will continue a little longer. There are a couple of new roles in the works and much to do for young, aspiring singers. There are great talents in the world needing to be discovered and helped to emerge. I hope Operalia and the young artist programs I created in Los Angeles and in Valencia, Spain, will remain pillar parts of my legacy.

“Giving Voice: A Conversation with Plácido Domingo” will take place at 4 p.m. Thursday at Sanders Theatre.