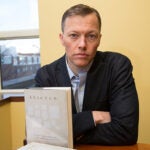 The historic shift in attitudes about gender equality is continuing to evolve, but in complex and unpredictable ways, according to experts at a panel discussion.

Despite the support today for greater equality for women in the workplace and at home, the trio of speakers highlighted the widely different ways the concept is defined, and how full equality remains a yet unfulfilled goal for women.

“The world is now more situational,” said Jerry A. Jacobs, a sociology professor at the University of Pennsylvania, reflecting on the results of his own research showing nuanced attitudes about whether parents should work after having a child.

The event Thursday was part of a series on comparative inequality at the Weatherhead Center for International Affairs. The center is also funding a new interdisciplinary initiative on the study of gender inequality, among whose six participants are Claudia Goldin, Henry Lee Professor of Economics, who moderated the forum, and the other two panelists, Mary Brinton and Alexandra Killewald.

Brinton, the Reischauer Institute Professor of Sociology and chair of the Department of Sociology, said the traditional belief that men should be the breadwinners and women should be primarily focused on the home has sharply declined throughout the post-industrial world. But, she added, “The question is, what’s replacing it?”

She said the multidimensional nature of gender-role attitudes reflected in European survey data over time indicates that the embrace of equality does not follow a simple “linear path.” While the data makes clear that traditional attitudes about gender roles have fallen significantly, she said it also shows rising support for three separate concepts of gender equality — each with distinct ideas about the roles of men and women.

“The huge drop is traditionalism — it’s undeniable, every country. Then it’s a lot murkier after that,” Brinton said. 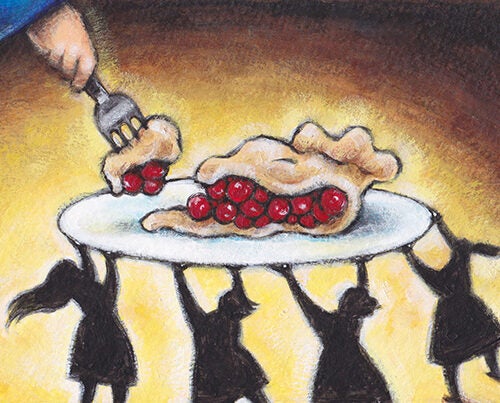 Killewald, an associate professor of sociology, focused on her research into how the work lives of married couples are affected when they transition into parenthood. She said it has been widely shown that women on average suffer a “wage penalty” after giving birth and a significant rise in their household work, whereas men enjoy a “wage premium” and only a small uptick in their work in the home.

Reflecting on the unequal outcome, Killewald said there is no evidence “that the thing holding modern women back is their husbands.” But she said it has also not been shown that husbands, despite often pitching in more at home, are helping their wives overcome that wage gap.

Killewald said that when couples have a child, the adjustment of mother and father is distinctly different.

“It’s women who face the hard choices. It’s women who have to figure out how they are going to handle being a mom and being a worker. And for women, these norms compete. … For a dad, on the other hand, there’s not so much of that conflict.”

Killewald said it is not surprising that “women are going to end up in different places about how they reconcile those two different norms … and with different resources available to them” to do so.

She said variation in the choices women make, rather than the help they might receive from their husbands at home “has enormous implications for how bad their motherhood penalty is.”

Jacobs’ research sought to examine more deeply social attitudes towards women working, focusing in particular on mothers of preschoolers. In a 2012 survey, he found wide support for such mothers working under “ideal conditions” — enjoying their jobs, having satisfactory child care, and needing the family income. Minus some or all of those circumstances, there was much less support. However, to Jacobs’ surprise, he found similar results when the question pertained to fathers of preschoolers. He said the overall responses convinced him that support for having parents work was conditional.

No similar data exists from past decades, “so we can’t go back to 1977 and ask people what they thought,” Jacobs said. “But our thinking is that this is a story that is a lot more complicated than we might have gotten at that time.”