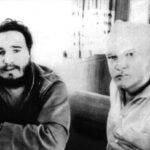 As more women enter the knowledge economy, they face an uphill battle in having their knowledge fairly appreciated — and the slope is so steep it amounts to “a war against women’s brains and thoughts,” a Wake Forest University professor told a Harvard College audience on Monday.

In “Intersections of Irrelevance: Violence Against Women’s Intellect in a Knowledge-Based Economy,” the fourth annual Anita Hill Lecture on Gender Justice, Melissa Harris-Perry told the audience at the Harvard College Women’s Center that today’s employers are “most interested in trading ideas and thoughts,” more interested in “what’s happening in your head rather than with your body.” Nonetheless, she said, that interest is better rewarded when the body is male.

Harris–Perry said that even with greater participation by men, women still do most of the unpaid labor in the home, taking on an average 12 household duties to men’s three. Women of color not only are expected to perform these duties at home, but historically often made their living from them, for little reward, she said. Traditionally women-held jobs, such as maids and childcare providers, continue to be low-paid, and employers rarely cover health care, social security, and other benefits.

Harris-Perry acknowledged that more women have entered into the knowledge economy, but said current statistics show that even women earn less than men, about 77 cents on the dollar. “Over time,” she said, “it is more noticeable at the intersections. Black and Latino women earn even less.

“Individual striving is insufficient to address the inequality,” she said. The pay gap is greater in higher-paid positions, and still worse for women of color, she said. But among gender inequalities, she said, “The hardest for me is the education one — it may not have anything to do with income. The notion that the payoff will be the same with education does not hold up.

“Evidence suggests that college degrees alone do not provide short-term wealth protection, nor do they guarantee long-term wealth accumulation” for women.

Even with women bringing knowledge to the job, Harris-Perry said how that knowledge is valued is still subject to gender-based discretion. “The current knowledge economy limits women’s work, leadership, and earning. We come to know that women are less valued because men are in power,” she said. “Women sense irrelevance. If we think women don’t know anything, we won’t listen to them.”

As an example, Harris-Perry pointed to the water crisis in Flint, Mich. One of the first people to complain about the water quality was LeeAnne Walters, whose four children had been poisoned by the water supply, and she was largely ignored.

“Throughout most of 2015, the city and state maintained there was nothing to worry about,” Harris-Perry said. In addition, she said, the director of the pediatric residency program at Flint’s Hurley Medical Center “Dr. Mona Hanna-Attisha headed a study that found the proportion of children under five in Flint with elevated lead levels in their blood nearly doubled following the water switch” from Detroit to the Flint River. “State officials dismissed those findings. Described her as a quack.”

Harris-Perry also cited the example of the lecture’s namesake, projecting a picture of Anita Hill taken during her testimony during Clarence Thomas’ hearings before the U.S. Senate in 1991. The Senate approved Thomas’ nomination for the Supreme Court despite Hill’s accusations that he had sexually harassed her when they both worked at the U.S. Department of Education. The picture was headlined: “What if they had taken her seriously?”

“What if the Senate took seriously the sexual harassment?” Harris-Perry reiterated. “What would be different?”

The lecture was introduced by Hill herself. Now a professor at Brandeis University’s Heller School for Social Policy and Management, Hill said the classes Harris-Perry teaches at Wake Forest made her “wish I could be 17 again.”

“She made serious nerdiness cool,” Hill said in a nod to Harris-Perry’s former MSNBC television show, which she frequently dubbed “nerdland.”

Naisha Bradley, director of the Harvard College Women’s Center, said the talk “was dynamic and impactful. [Harris-Perry] effectively highlighted how our economy devalues women’s (particularly women of color’s) intellect, citizenship and work and gave us a starting point to discuss tackling this issue.”

“I was so impressed by Professor Harris-Perry’s ability to bring together policy and theory and make it accessible,” added Harvard College senior Brianna Suslovic. “Her data and conclusions about the silencing of marginalized voices … felt incredibly relevant and urgent to me.”