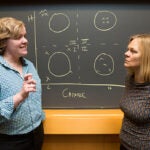 Through fieldwork and data, sociologist reveals eviction as driver of poverty

Editor’s note: Harvard sociologist Matthew Desmond on Thursday won the National Book Critics Circle Award in nonfiction for “Evicted: Poverty and Profit in the American City,” which is now out in paperback. The Gazette interviewed him about the research behind the book when it was published last year.

The day a sheriff squad evicted Arleen, a single mother raising two boys in one of the poorest neighborhoods of Milwaukee, was among the city’s coldest on record.

Urban sociologist Matthew Desmond followed Arleen and seven other families as part of the trailblazing research behind his new book, “Evicted: Poverty and Profit in the American City.”

Desmond, the John L. Loeb Associate Professor of the Social Sciences and co-director of the Justice and Poverty Project, lived in a trailer park and a rooming house for over a year to conduct fieldwork. He also worked to fill some of the huge gaps he found in eviction data.

Critics have hailed  “Evicted” as a feat of ethnography, research, and narrative that seeks to change our understanding of poverty by looking at eviction as one of its causes. Last year Desmond was named a MacArthur “genius” fellow. The Gazette spoke with him about Arleen, the devastating effects of evictions on the lives of America’s poor, and opportunities for reform.

GAZETTE: Why did you choose to study evictions?

DESMOND: I thought I would use eviction to tell a story about poverty. I had no idea how common it was. I had no idea that one in eight renters in the city of Milwaukee experience a forced move every two years. I didn’t know that 2.8 million renting families around the country report that they think they’re going to be evicted soon. I also had no idea that it would be such a driver of poverty. I started realizing this by spending time with families getting evicted. Seeing them lose their possessions, seeing moms having to choose between paying the rent or feeding their kids, seeing families cast into homelessness. What I was seeing everyday in the field was reaffirmed through statistical studies: that eviction is a cause, not just a condition, of poverty.

GAZETTE: You said in your book that when you began your research, in 2008, you couldn’t find studies or statistics about evictions. Why do you think no one was paying attention?

DESMOND: It was a surprising thing. We knew a lot about public housing and housing policies. We also had a lot of studies on the neighborhood. But we didn’t know how common evictions were and the role they play in creating poverty. 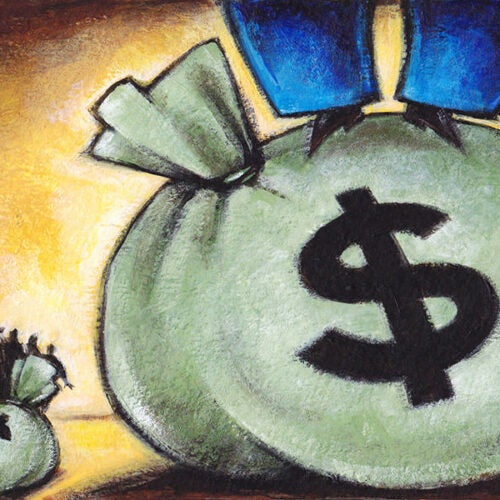 GAZETTE: Would you call eviction an epidemic?

DESMOND: When you have one in eight renters in a major city in America getting tossed every two years, I’d call that epidemic levels. When you have evictions not counted in the tens or the hundreds of thousands but likely in the millions, I call that epidemic levels. When you read accounts from the 1930s or 1940s about evictions, it was an event that drew people’s attention. There is a story from a clip from The New York Times about an eviction of a family in the Bronx in the 1930s. The paper covered it like this: “Probably because of the cold, only a thousand people showed up.” Eviction used to be rare, but now we’ve grown used to it, become familiar with the rumble of the moving trucks and families’ effects lining the sidewalk.

GAZETTE: You also said that when you started your research you thought eviction was the result of poverty, not the cause of it. Tell us how you changed your view.

DESMOND: Evicted families lose their homes and their possessions, which are either piled on the street or taken to storage. If the now-homeless families miss payments, their things are sold or taken to the dump. Kids lose their schools and people lose their jobs. Eviction comes with a court record and that can affect where you live. A lot of landlords refuse to take people who have been recently evicted. That pushes families into worse neighborhoods and worse housing. Public housing authorities treat evictions as a strike against your application, which means that families that are in most need of aid — the evicted — are denied it. And then there is a toll eviction takes on your spirit. It’s a driver of depression; it has an effect on mental health. So you add all that up, and you arrive at a new way of understanding poverty, one that sees eviction as a moment that places families on a different, and much more difficult, path.

GAZETTE: Your book is the narrative of eight families in Milwaukee that live on the edge of eviction. How did you develop a relationship with these families?

DESMOND: I lived in the community for a little more than a year; that helped a lot. I wanted to write about their lives in their full complexity, with both honesty and empathy. Living in the community with them allowed me to see things about poverty and inequality that I hadn’t seen before, and it showed me the human toll of the lack of affordable housing in our cities.

GAZETTE: Could you tell us about Arleen, one of the central people in your book?

DESMOND: When we met, Arleen was a single mom trying to raise two boys. She was living in a rundown apartment in the inner city, paying 88 percent of her income to rent. I saw her struggle under those conditions, having to decide between pitching in for funeral costs and paying the rent; between buying clothes for her kids and paying the rent. To me, Arleen stands for the face of the eviction epidemic. Most households in Milwaukee that get evicted have kids living in them.

GAZETTE: Witnessing the hardships poor families experience was heartbreaking, you said in your book. How did it affect you?

DESMOND: I saw Arleen get evicted on a day in early January when it was 40 below with the wind chill. Seeing those things left a mark. But I also saw strength, humor, and courage in the face of obstacles that many of us can’t fathom. There is a story in the book of a time at McDonald’s with Vanetta and Crystal, two homeless women who were living in a shelter at the time. They were eating lunch, and this young kid walks in. He didn’t go up to order. He went around the tables, looking for scraps. When they saw him, Vanetta and Crystal pooled their money to buy that boy lunch. Crystal gave him a big hug and sent him on his way. Moments like that reminded me how gracefully the people I met refuse to be reduced to their hardships.

And throughout, my colleagues at Harvard helped me process all this and connect it to our broader intellectual mission of using all the tools of social science — from in-depth ethnography to big-data analysis — to shed a new light on the nature of poverty today in a way that engages policymakers and the wider public.

GAZETTE: At the end of the book, you offer proposals to reduce evictions. Tell us about expanding the universal housing voucher program. How feasible is that?

DESMOND: That question begs another question, which is: Do we believe housing is a right? Do we believe that access to decent, affordable housing is part of what it means to live in this country? I think we have to say yes. The reason is very simple: Without stable housing everything else falls apart. We’ve reaffirmed the right to basic education, access to food, and security in old age because we know that, without those things, it is impossible to live a full and flourishing life. And housing is central to well-being and economic mobility. So how do we deliver on that right? I think we should expand a program that is already working pretty well — housing vouchers — to all poor families. The idea is simple. Instead of paying 70 percent of your income to rent, or 88 percent like Arleen did, you pay 30 percent and the voucher covers the rest. You could take that voucher and live anywhere in the city, as long as that place wasn’t too expensive or too shabby. Housing vouchers help a lot, but only a lucky minority of poor families benefit from them.

GAZETTE: What do you hope your book will do to the understanding of poverty in America?

DESMOND: I hope this sparks conversation about how it is deeply implicated in creating poverty in our cities. I hope we think of addressing this problem in ways, big and small. We can’t fix poverty without addressing housing. It’s absolutely central and has to be at the top of our domestic agenda.

GAZETTE: Can you talk about a class you teach at Harvard?

DESMOND: I teach a class called “Poverty in America,” which draws sociology concentrators but also students from the humanities, hard sciences, and across the social sciences. Together we take a close look at the historical and present-day nature of poverty. We study joblessness, housing, and neighborhoods, the criminal justice system, and public policy. We also interface with this problem on the ground level. Students go out and talk to folks that are working for minimum wage and trying to make ends meet. Students go and observe housing court. They interview politicians. And then they take those experiences and observations and connect them to ideas and studies about inequality. We invite a lot of community members to the class, like tenants facing eviction, men just released from prison, and police officers who patrol high-crime neighborhoods. The idea is to show students the face of poverty and the complexity of it. My hope is that they come to see poverty not only as an economic matter, but also as a matter of justice.