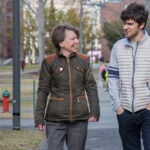 The Minda de Gunzburg Center for European Studies, the Harvard Colloquium for Intellectual History, the Harvard Government Political Theory Colloquium, and the Center for Jewish Studies will hold four lectures focusing on Hannah Arendt, the political theorist best known for coining the phrase “the banality of evil” when she wrote about the trial of Nazi architect Adolf Eichmann for The New Yorker in the early ’60s.

Arendt (1906-1975) is regarded as one of the pre-eminent political thinkers of the 20th century. A German-born Jew, she was arrested by the German police in 1933, forced into exile, and later held in an internment camp. She escaped the Holocaust and fled to the United States in 1941.

Arendt’s writings do not easily coalesce into a single philosophy. She wrote on a variety of topics and themes, including fascism, revolution, the nature of freedom, totalitarianism, and the modern Jewish experience. Mostly, her writing dealt with modern conceptions of politics and how the public sphere can be preserved in an ideological age.

Peter Gordon, the Amabel B. James Professor of History, organized the lectures, which he says will feature some of the most renowned Arendt scholars in the world. According to Gordon, Arendt deserves more recognition in the United States as one of the most important thinkers in the modern canon of political theory.

The lectures will be held at the Center for European Studies March 9 and 30 and April 6 and 20.

GAZETTE: What prompted the lecture series?

GORDON: Arendt is not frequently taught at Harvard, but I sensed much interest on the part of my graduate students and others about her work. One of the best things I could do for the scholarly community was to bring leading Arendt scholars into the classroom. These speakers will actually be convening in my seminar on Arendt, in addition to offering public lectures.

GAZETTE: Why is Arendt controversial?

GORDON: She was a complicated figure and has often provoked strong reactions, both within and beyond the Jewish community. In her writings about the Eichmann trial, she argued that the Holocaust wasn’t perpetrated by zealous ideologues but by mindless functionaries, and that Eichmann was a thoughtless bureaucrat — that’s where “banal” comes in. I agree with some of her critics that she may have missed something about Eichmann. In fact, we now know from more recent research that he was deeply anti-Semitic and ideologically committed to the Third Reich. That doesn’t mean that state officials don’t sometimes carry out [atrocities] for the most ordinary motives, like career advancement. But Eichmann wasn’t a good example of the category because his ideological motives where quite pronounced.

Still, to define Arendt by this single controversy does a great disservice to her.

GAZETTE: An essay published in The New York Times in 2013 — the 50th anniversary of her book “Eichmann in Jerusalem” — suggested that Arendt labeled evil “banal” and portrayed Eichmann as a “completely average person” as a way to diminish him, to divest him of any glamour. Does this sound right?

GORDON: I think so. There is something extravagant about the idea of evil. Even though it’s a negative term, it also elevates the human being beyond our shared frames of moral judgment. And this is dangerous: Those shared frames are the only ones available to us for explaining why the Nazi atrocities should be condemned. The term “banality” performs a subtle reversal: It restores evil back to the common sphere of humanity where judgment is possible.

GAZETTE: Arendt critiqued Karl Marx in her book “The Human Condition,” a topic that the March 9 lecture will address. What was her issue with Marx?

GORDON: Arendt is typically seen as a strongly anti-Marxist thinker. She felt that labor is a realm of human necessity in which we devote ourselves to the mere metabolic reproduction of the species. She objected to Marx’s focus on labor because she feared that it only encouraged our modern misunderstanding of politics: the “social” she feared would soon eclipse the public sphere.

GAZETTE: Do her theories have relevance today?

GORDON: Political theory at its best can play an important role in helping us to see the quotidian logic or basic categories that inform contemporary political events. For example, Arendt wrote extensively about refugees. Statelessness was a very frightening condition to Arendt, and she was intimately aware of its meaning, having been a refugee herself. She believed that all people should be afforded the right for inclusion in a state, with all the benefits that incurs. She called this “the right to have rights.” She understood that without this right, a population is utterly vulnerable to persecution and possibly genocide.