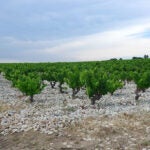 On May 17, 2012, the National Weather Service’s Climate Prediction Center forecast a 33 to 40 percent chance of above-normal temperatures for the Southeast with normal summer temperatures in the Northeast and Midwest United States.

Instead, the regions experienced three separate, record-breaking heat events in June and July that resulted in more than 100 deaths.

In the past decade, extreme heat waves in the United States have caused tens of billions of dollars in damage and killed hundreds of people — and it’s likely going to get worse. With a need to accurately predict deadly temperature spikes, the current forecast models have a 10-day range, with seasonal forecast models equally limited in their ability to predict extreme events.

In a new study, researchers from Harvard University and the National Center for Atmospheric Research (NCAR) have identified sea surface temperature patterns that help predict extreme heat waves in the Eastern United States up to 50 days in advance.

The research is described in the journal Nature Geoscience. 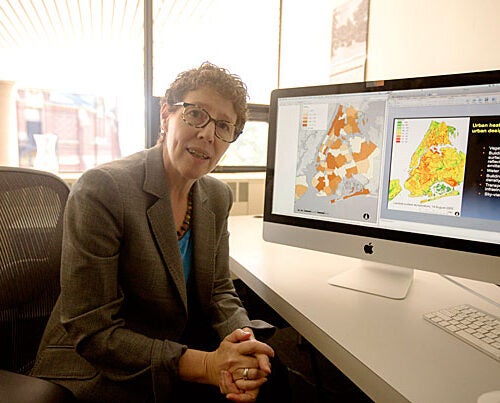 The team focused on a cluster of more than 1,000 weather stations across the Eastern United States, where hot weather tends to occur at roughly the same time. Using data from 1982 to 2015, the researchers looked for patterns that preceded extreme heat waves in these locations.

“We began the analysis by empirically exploring relationships between extremes in summer temperature and sea surface temperatures,” said first author Karen McKinnon, who was a graduate student at Harvard when the research was conducted. McKinnon is currently an Advanced Study Program postdoctoral fellow at NCAR.

McKinnon and her colleagues identified a pattern of anomalies in the surface temperature of the Pacific Ocean that consistently preceded heat waves in the Eastern United States by as much as seven weeks.

“Eastern U.S. heat waves are associated with a fingerprint in the sea surface temperatures of the Northern Pacific Ocean,” McKinnon said.

That fingerprint, termed the Pacific Extreme Pattern, is characterized by a pattern of warm and cold waters arranged across the mid-latitude Pacific that have a length scale similar to that of typical atmospheric circulation anomalies during the summer.

“Lack of rainfall dries the land surface, making it difficult to remove heat by evaporation, and primes the land for more extreme heat,” said co-author Peter Huybers, professor of earth and planetary sciences and of environmental science and engineering.

McKinnon and Huybers, with co-authors Andrew Rhines of the University of Washington and Martin Tingley of Pennsylvania State University, showed that many previous heat waves could have been better predicted using the Pacific Extreme Pattern, including the deadly heat waves of 2012.

“What gives me confidence in this result is that our technique is also skillful when applied to earlier records between 1950 to 1980 that were withheld during development,” said Huybers. “However, the technique doesn’t predict the Dust Bowl years of the 1930s, reminding us that environmental factors not contained in our index must also be important.”

More work needs to be done but these predictions appear to push the horizon on when summer heat waves in the Eastern United States can be predicted, said Huybers.

“Such long-lead predictions could be used to better prepare for heat waves. For example, utilities could plan for increased electricity demand, and farmers may be able to increase the resiliency of their crops through altering irrigation management,” said McKinnon.

The research was supported by the National Science Foundation, NASA, and the National Center for Atmospheric Research.