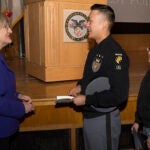 As authorities continued hunting for suspects in Tuesday’s airport and subway bombings in Brussels, analysts said the attacks expose serious flaws in the effectiveness of the European Union’s security and intelligence agencies. The experts said the ease of the attacks raised urgent, foundational questions about whether the EU is fully prepared to confront mobile, well-trained terrorists affiliated with the Islamic State of Iraq and the Levant.

The officials also suggested that such a long-term struggle, in which terrorists can arbitrarily attack public transit and gathering places in major cities, could cause profound economic and political damage to the EU.

Since similar attacks in Paris in November, Belgium has been harshly criticized across the EU for intelligence and policing failures around monitoring local jihadi communities, a perception bolstered after the latest bombings by Turkish officials who said they had alerted Belgium that at least one suspect had been deported several months ago. The disclosure prompted two Belgian ministers to offer their resignations.

“I’m not going to point fingers at which governments are good and which are bad. I think we’re all trying to do our best in an extraordinary and difficult situation,” said Sir Peter Westmacott, senior fellow at the Belfer Center for Science and International Studies and the Institute of Politics. “The fact that it was Brussels was because it was easy for them; it’s not because Brussels is the capital of the European Union, I don’t think.”

Much like the United States did in the immediate aftermath of the 9/11 terror attacks, the EU still struggles with effective intelligence-sharing, along national lines and bureaucratic lines, despite its easy cross-border ties on banking and travel. Breaking down the compartmentalization of myriad agencies in 28 nations and guaranteeing cooperation will require more resources, the analysts said.

Westmacott, a former British ambassador to the United States, France, and Turkey, said he sees strong recognition and political will among the EU governments to work together more effectively and more cohesively around counterterrorism, intelligence, and data sharing.

“I think we’re all on our toes; we’re all trying to raise our game in terms of defenses, our exchanges of intelligence. But it’s not, I fear, exclusively something about EU countries. Any country that is part of the campaign to push back against and eventually destroy ISIL is going to have to feel vulnerable,” he said.

During an emergency meeting in Brussels on Thursday, European justice and home affairs ministers issued a statement calling on the European parliament to adopt legislation granting access to a comprehensive database of airport passenger records to security forces across the EU. Bitter debate between national security and privacy advocates had stalled efforts to develop a single data-collection system for years.

“It’s terribly disappointing because although they say they’re going to do this and this and this, it’s essentially things we’ve been talking about for a long time,” said Jolyon Howorth, professor of political science and international affairs at Yale University, and an affiliate faculty member at the Minda de Gunzburg Center for European Studies (CES). “That’s not going to work.

“Even with [the attack on the French magazine] Charlie Hebdo and Nov. 13 and now with Brussels, that has not really led to any major breakthrough in thinking about how to handle the scale of this problem. And that’s something that’s going to have to happen.

“What the refugee crisis has drawn our attention to is the indivisibility of internal policy and external policy — of defense policy and of policing policy,” said Howorth, a European security and defense analyst. The EU’s effort to develop a common security and defense policy focuses on building capacity for external military and civilian-military missions, neither of which are appropriate to deal with domestic terrorism, he said. “So we’re going to have to invent a whole new approach, a whole new policy area of coordinated and integrated European-wide counterterrorism.”

A shift to special forces-style techniques

In January, Europol, the EU’s intelligence agency, concluded that since the Paris attacks, the ISIL strategy appeared to have shifted from relying on “lone wolf” attacks to providing foreign fighters with extensive, specialized training in special forces-style techniques. Such fighters have since slipped back into European cities and scattered, where they operate as independent terror cells, officials said.

That tactical shift transfers the burden of surveillance and interdiction disproportionately onto local police departments, which are often grossly understaffed to be able to keep track of the many suspected jihadis living in Brussels and France. Bringing staffing and training up to speed would take years and cash that few nations have wanted to or could afford to spend, the experts say.

Brussels, believed to have the highest concentration of jihadis in Europe, is further hobbled by structural flaws. The city of 19 districts has no central municipal authority, and police, often disconnected by language, face difficulty penetrating ethnic neighborhoods like Sint-Jans-Molenbeek, where locals are often strongly resistant to policing.

“So the ability to hide out, like a fish in the sea, in those sorts [of] neighborhoods is quite considerable,” said Howorth.

While Europeans are shocked and upset by the latest bombings, Westmacott believes that they are determined not to let terrorists stop them from going about their normal lives.

“Part of our reaction has to be to counter the narrative which allows these people to believe that this is some form of respectable, even religiously blessed, principled religious activity, which it is not. This is psychotic terrorism from losers who’ve got their own bizarre reasons for wanting to destroy their fellow human beings,” he said.

“We have to take these people on, we have to defeat them, we have to put them out of business, we’ve got to regain the territory which has been the breeding ground for some of their activity and some of their grievances, I suppose you could say. If we can move in that direction and help these countries become real countries again, then we are going to be in better shape,” said Westmacott.

Analysts expect that the Brussels attacks, and the prospect that Europe is the new ISIL battlefront, will further boost the appeal and momentum of right-wing political parties, including France’s National Front, the U.K. Independence Party in Britain, the Alternative for Germany, and the Party for Freedom in the Netherlands, which will soon have national elections.

“Centrist politicians have to be thinking in order to prevent the radical right upsurge: Maybe we need to take more modest steps at home, including restricting the flow of refugees,” and other ideas, said  Daniel Ziblatt, a CES resident faculty member and a professor of government at Harvard who studies European politics. It’s a path that is likely to prove politically tricky to navigate.

In the long run, the bombings could threaten the EU’s future if its open borders in the Schengen Area, which allow the free flow of people and goods among the 28 nations, are suspended or closed to halt the flow of suspected fighters, desperate refugees, and others, or if the attacks induce nations to follow the lead of Britain, which in June will consider leaving the EU.

“The fundamental prerequisite of making the Schengen … Area work is to have a very effective external border control. And to date, the border control, particularly in the Mediterranean, has been lamentable,” in large part because so little has been allocated — €50 million per year — to patrol the entire EU border, said Howorth. “That needs to be massively beefed up.”

While ISIL’s attacks on European soil are new, the continent has decades of experience dealing with domestic terrorists to fall back upon, from the Red Brigades in Germany and Italy to the Irish Republican Army in Great Britain and the Basque separatist movement in Spain.

“So we’ve seen episodes of major urban terrorism in the past,” said Joseph Nye, Harvard University Distinguished Service Professor at Harvard Kennedy School. “I suspect that this wave will, like waves before, scare people, make life less pleasant, but I don’t think it’s going to end Europe as we know it.

“Terrorism is like jujitsu, which is that the weak player, the terrorist, tries to use the strength of the stronger player, to leverage it, so the strong player defeats himself,” he said. “It’s horrible, but if you realize that terrorists rarely, rarely win in the long run, the key question is to make sure the reactions we have are proportionate and don’t fall into the jujitsu trap.”

The key to success will also require Europeans to confront some ugly, homegrown realities.

“They’re bringing their fight to the streets of the European cities to try to get more publicity, to try to provoke more outrage, to try to evoke anti-Muslim reactions from the rest of us. We will not rise to that temptation,” said Westmacott.

“But we have to try to convince our young people in all our countries who are indulging in this stuff … that this is not the way in which human beings living in the European Union, or indeed anywhere else, should be behaving. This is not what Islam is all about. And we have to try to persuade them that there is some greater sense of human dignity and values than these people seem to believe there is at the moment.”