Alcohol and heart risk, by the minute 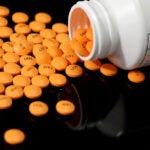 A daily drink or two is good for your heart, studies have shown, but new findings introduce a caveat: a temporary increase in heart attack and stroke risk.

A study by researchers at the Harvard T.H. Chan School of Public Health shows that the ill effect dissipates within hours, yielding to benefits for moderate drinking. The work, led by instructor in epidemiology Elizabeth Mostofsky, analyzed the findings of a range of studies on alcohol and health conducted between 1966 and 2015.

Published this month in the journal Circulation, the meta-analysis, or “study of studies,” also reinforced the harmful effects of heavy drinking. Mostofsky spoke with the Gazette about the study and its implications for healthy vs. unhealthy drinking habits.

GAZETTE: What is the take-home message? Is it that alcohol isn’t as good for you as we thought — or is it that, like so many things, it’s complicated?

MOSTOFSKY: I think it’s more that it’s complicated. Although there’s consistent evidence that habitual, moderate intake can be beneficial, there is some evidence that there may be a transiently higher risk immediately after drinking alcohol — even for smaller amounts. The complex physiological effects of alcohol result in both higher and lower cardiovascular risk depending on the amount consumed, drinking frequency, and the outcome under study.

This is the first paper to synthesize all studies on the acute risk of heart attack and stroke in the hours, day, and week after drinking. Despite the differences in the study procedures, the populations, and the outcomes of interest in the included studies, there was consistent evidence that alcohol consumption was associated with an immediately higher cardiovascular risk that was attenuated after 24 hours. In fact, within a day, moderate alcohol intake was even protective for heart attacks and hemorrhagic strokes and protective against ischemic strokes within one week. In contrast, heavy alcohol drinking was associated with higher cardiovascular risk in the following day and week.

Based on these results, it is possible that the brief risk is outweighed by the health benefits of regularly drinking moderate amounts of alcohol. Therefore, the take-home message is still the same. We cannot recommend you begin drinking, but, consistent with the American Heart Association’s recommendations, if you do drink, do so in moderation. That means no more than one drink per day for women and no more than two drinks per day for men, where a drink is defined as 12 ounces of beer, four ounces of wine, 1.5 ounces of 80-proof spirits, or one ounce of 100-proof spirits.

GAZETTE: What happens if you’re following the guidelines and having one or two drinks, but doing so every day? Do the short-term negative effects — repeated daily — ever cancel out the longer-term beneficial effects?

MOSTOFSKY: That’s a great question. Prior work by our co-authors showed that the health effects of alcohol intake depend on both the amount and the pattern of consumption. Heavy episodic drinking has harmful effects, even if individuals who binge only drink one or two days per week, resulting in the same average alcohol intake per week that is known to yield cardioprotective benefits. Among men, drinking a small amount of alcohol regularly — one to two drinks a day, four days a week — lowers cardiovascular risk more than drinking the same total weekly amount but on fewer days per week.

Therefore, it is possible that over time, individuals who frequently drink small amounts of alcohol may experience a temporarily heightened risk, but this may be offset in part by the subsequent protective benefits in the hours after consumption. On the other hand, consuming large amounts of alcohol at once may result in both a sharply higher immediate risk and … a higher long-term risk.

MOSTOFSKY: Exactly. In our study on the acute effects of alcohol on the risk of heart attacks, we found that among participants who did not drink alcohol daily, there was a 3.3-fold higher risk of heart attacks in the hour after consumption, but the higher rate was not apparent for daily drinkers.

This may be due to alcohol tolerance whereby habitual intake leads to up-regulation of enzymes that metabolize alcohol, resulting in a lower physiological response to each drink. Therefore, once again we see that the people who regularly drink small amounts of alcohol have a lower cardiovascular risk.

GAZETTE: Let’s talk about the other half of this, the heavy drinkers. How does your study define heavy drinking, and what did you find specifically?

MOSTOFSKY: In this study, heavy alcohol drinking — six to nine drinks in one day — was associated with a higher cardiovascular risk on the following day. And heavy drinking in one week, 19 to 30 drinks, has a harmful effect in both the immediate and in the subsequent week. So there seems to be no benefit to heavy drinking. We never get to a point where it garners any health benefits.

GAZETTE: Can we quantify the increased risk?

MOSTOFSKY: Sure, heavy alcohol drinking was associated with a 1.3- to 2.3-fold higher risk of heart attacks and strokes in the following day and a 2.2-fold to more than a sixfold higher risk in the following week. Keep in mind that our classification of heavy drinking is based on the amounts reported in the included studies and not intended for the purposes of guidelines. For men, heavy drinking is typically defined as consuming 15 drinks or more per week. For women, heavy drinking is typically defined as consuming eight drinks or more per week.

GAZETTE: It sounds, for moderate drinking, as if you’ve found a new wrinkle, but for heavy drinkers, is this substantially different? Does it quantify what we already knew?

MOSTOFSKY: Our results are consistent with prior research showing that moderate alcohol consumption has health benefits whereas heavy consumption is dangerous. What is novel here is that alcohol may have markedly different effects on immediate and long-term risk — you can have an acutely increased risk that becomes beneficial over time.