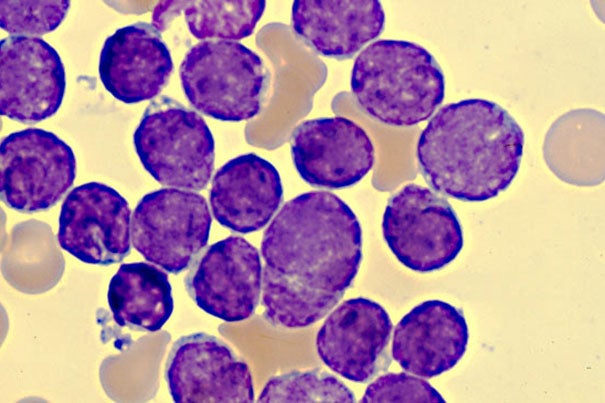 As evidence has mounted that distance running is not just a natural human activity enjoyed by millions, but one that played a key role in evolution, a puzzle has emerged.

Why, if humans are so well adapted to running long distances, do runners get hurt so often?

A study out of Harvard Medical School and the National Running Center at Harvard-affiliated Spaulding Rehabilitation Hospital provides a puzzle piece, linking injury to the pounding runners’ bones take with each step. The work, led by Professor of Physical Medicine and Rehabilitation Irene Davis, found that a group of runners who had never been hurt landed each footfall more softly than a group who had been injured badly enough to seek medical attention.

Statistics on such injuries vary, but somewhere between 30 percent and 75 percent of runners are hurt annually, a number that has led researchers to investigate a wide array of possible explanations, from modern running shoes to stretching, running frequency, weight, biomechanical misalignment, and muscle imbalance.

A 2012 Harvard study, for example, zeroed in on injury rates among track and cross-country athletes who land on the forefoot versus the heel. Researchers led by Daniel Lieberman, the Edwin M. Lerner II Professor of Biological Sciences and chair of the Harvard Department of Human Evolutionary Biology, probed the idea that before the advent of cushioned running shoes, most runners landed on the ball of the foot because landing on the heel would be too painful. Landing on the forefoot allows the foot and ankle to absorb some of the landing shock, an impact that today’s running shoes can’t completely erase.

With most runners being heel-strikers today, the added shock, multiplied over thousands of footsteps, could explain high injury rates. The 2012 study added fuel to the debate, finding a two-to-one difference in repetitive stress injuries between heel- and forefoot-strikers.

Davis’ research focused on heel-strikers exclusively, since they make up most of today’s runners, and examined a cohort seldom studied, partly because they’re pretty rare: those who have never been injured.

“We can learn a lot from that group,” Davis said. “What are they doing right?”

Davis and colleagues recruited 249 female recreational athletes who each ran at least 20 miles a week. They investigated the participants’ strides by having them run over a force plate that recorded the impact of each step.

The runners agreed to respond to a monthly online questionnaire that detailed injuries over two years. With the results in, researchers first examined reports from the 144 who experienced a mild injury and the 105 who didn’t, finding little difference between the two large groups.

Then they examined the smaller groups at the two extremes of the spectrum: those who had been injured seriously enough to seek medical attention and those who not only went uninjured during the course of the study, but who reported never having been injured.

Significant differences emerged between the two groups in a variable called “vertical average loading rate,” which was highest in the seriously injured runners and lowest in the uninjured group.

Vertical average loading rate, however, doesn’t measure the absolute peak force the body feels, which did not seem to make a difference. What did, Davis said, was suddenness of impact, where softer landers were better off. Davis said it is akin to the difference between jumping from a height and landing stiff-legged versus allowing ankles, knees, and hips to flex. 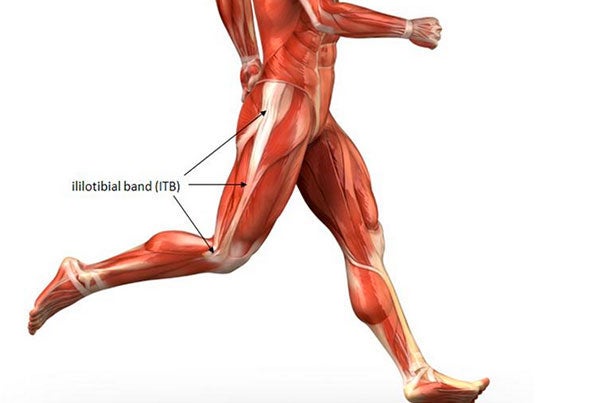 The key action happens over a vanishingly small amount of time, Davis said. During a typical running stride, the foot is in contact with the ground for just about a quarter of a second; the fraction that made the difference between the two groups was only 50 milliseconds. Even so, when repeated thousands of times, that small difference can take a toll, Davis said.

The difference can be visible. One never injured multi-marathoner’s stride was so smooth, Davis said, “She ran like an insect over water.” Weight was not a factor, with heavy runners among the light-footed and lighter runners among the stompers.

The takeaway is that a softer footfall appears to reduce the likelihood of injury. Previous studies show that one potential approach for runners trying to cut the chances of injury is to adopt an impact-absorbing forefoot strike — which Davis herself, a barefoot runner, uses. But even the committed heel-striker can learn from the gliders, Davis said.

For one, their soft-landing steps tend to be very quiet. Runners should take out the earbuds and pay attention to the sound of their footsteps.

“If you land louder, it’s harder,” Davis said. “It’s work, but you can make your foot-strikes softer.”