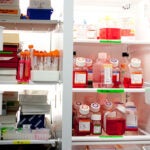 For many people, it’s the source of a nagging — and painful — injury, but for Carolyn Eng, the IT band is an intriguing mystery, one she may be close to solving.

A former Ph.D. student in Harvard’s Graduate School of Arts and Sciences, Eng is the first author of two studies that examine how the iliotibial band stores and releases elastic energy to make walking and running more efficient. The studies — co-authored by Daniel Lieberman, the Edwin M. Lerner II Professor of Biological Sciences and chair of the Department of Human Evolutionary Biology; Andrew Biewener, the Charles P. Lyman Professor of Biology; and Allison Arnold-Rife, a research associate in Biewener’s lab — are described in new papers in the Journal of Experimental Biology and the Journal of Biomechanics.

“We found that the human IT band has the capacity to store 15 to 20 times more elastic energy per body mass than its much-less-developed precursor structure in a chimp,” Eng said. “We looked at the IT band’s capacity to store energy during running, and we found its energy-storage capacity is substantially greater during running than walking, and that’s partly because running is a much springier gait. We don’t know whether the IT band evolved for running or walking; it could have evolved for walking and later evolved to play a larger role in running.”

The IT band runs along the outside of the thigh, from just above the hip to just below the knee, and is made up of fascia, an elastic connective tissue found throughout the body. Though often compared to tendons — the two can serve similar functions — fascia is composed of large sheets, while tendons are more rope-like.

Fascia is “a sheath that encloses muscles, connects muscles to bone and … compartmentalizes muscles that serve a similar function, and the IT band is the largest piece of fascia in the human body,” Eng said.

The notion that the IT band acts as a spring to aid in locomotion runs counter to the decades-old belief that its primary function is to stabilize the hip during walking.

“Unlike many clinicians and anatomists, we use the lens of evolution to think about how humans are adapted not just for walking, but also for running, so we look at the IT band from a totally different perspective,” Lieberman said. “When we looked at the difference between a chimp and a human, we saw this big elastic band, and the immediate idea that leapt out at us was that the IT band looked like another elastic structure, like the Achilles tendon, that might be important in saving energy during locomotion, especially running.”

The findings, Biewener said, “will have key importance for basic science and clinical studies that seek to integrate the role of this key fascial structure into programs of sports-exercise training and gait rehabilitation.”

To understand what role the IT band plays in locomotion, the researchers developed a computer model to estimate how much it stretched ― and by extension, how much energy it stored — during walking and running.

One part of the IT band stretches as the limb swings backward, Eng explained, storing elastic energy. That stored energy is then released as the leg swings forward during a stride, potentially resulting in energy savings.

“It’s like recycling energy,” Eng said. “Replacing muscles with these passive rubber bands makes moving more economical. There are a lot of unique features in human limbs — like long legs and large joints — that are adaptations for bipedal locomotion, and the IT band just stood out as something that could potentially play a role in making running and possibly even walking more economical.”

Building such complex computer models was no easy feat, and adding to the complexity, Eng said, was the fact that precise descriptions of the IT band — which muscles attached to it and where — were all but non-existent.

“It’s difficult to understand how muscles and connective tissues function in the human body,” Eng said. “To get at how they function during movement, you need sensors implanted in the muscles or tendons, and that’s difficult to do in humans.”

To ensure the model was accurate, Eng and colleagues relied on cadavers.

“These measurements were vital for specifying the anatomical locations of the muscles and the IT band on the model,” Eng said. “The geometry of the model was very important, so we needed to place muscles very accurately on the body.”

Going forward, the researchers hope to expand their investigation, possibly to include other primate species that are adapted for running, and to explore how better understanding of the IT band might help athletes avoid or treat injury.

“IT band syndrome is a painful overuse injury that plagues many runners and cyclists, but its underlying cause is unknown,” said Arnold-Rife. “One of our next steps, using the computer models that Carolyn has developed, is to estimate how much force the IT band transmits in runners with and without IT band pain.  These studies could help us establish a scientific basis for treating athletes with IT band injury.”