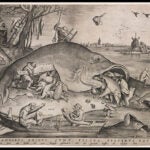 Alto saxophonist Yosvany Terry is passionate about performing, composing, and teaching. But the new senior lecturer in the Music Department might be happiest when he’s visiting the countryside in his native Cuba, soaking in sounds that have no sheet music.

“Learning traditions that have been passed down orally, I have to embrace a different way to learn and embrace all the senses,” he said.

A Grammy-nominated musician who also oversees the Harvard Jazz Ensembles, Terry hopes to elevate the value of musical tradition born in rural environments to the university setting. Like Béla Bartók and Zoltán Kodály, both Hungarian composers who found inspiration for their orchestral work in the folk music of their times, Terry believes indigenous sounds of chanting, clapping, horns, and percussion give him a rich repertoire with which to challenge his students.

From “New Throned King,” the latest CD by Yosvany Terry, released by 5 Passion

“It also exposes them to a way of learning that is so different from the Western way of learning, which is how they’ve learned all their life,” he said.

Terry took up the violin at age 5 with a private tutor.

“That was the beginning of the end. My father was practicing every day at home. I would see him perform with his orchestra and I knew this is what I want to do.”

From “New Throned King,” the latest CD by Yosvany Terry, released by 5 Passion

At 11 years old, Terry switched to saxophone, studying classical music at the School of Arts and Amadeo Roldan Conservatory in Havana. The instrument’s versatility drew him deeply to jazz in all its forms. Today he performs on a range of musical projects including the Yosvany Terry Quintet, Afro-Cuban Roots (inspired by ceremonial music), Ancestral Memories (with French pianist Baptiste Trotignon), and the Bohemian Trio (a contemporary ensemble based in New York). The breadth of genres reflects Terry’s “one music” mindset.

“To look at music is to embrace everything. When I was growing up, it was never about one vocabulary or language.”

That philosophy animated “Foundations of Modern Jazz,” the class Terry taught in the fall examining the influence of West African music on jazz. There was attention to rhythms and phrase models without the use of written music, and a focus on improvisation by clapping, chanting, and singing. His spring jazz class is a study of Art Blakey’s Jazz Messengers, an institution that paved the way for jazz greats Horace Silver, Wayne Shorter, Freddie Hubbard, and Benny Golson. Terry and the Harvard Jazz Band will perform with acclaimed bassist and artist-in-residence Rufus Reid on April 9 at Sanders Theatre.

“It’s about learning the repertoire, but also the music in historical and social context,” said Terry of the Jazz Messengers course. “To me, it’s a fascinating journey how music shaped their lives, but also how their backgrounds played a big role in their contributions.”

In touch with his own background, he returns every Christmas to Camagüey, as well nearby Matanzas and Remedios, to play with local musicians during Las Noches de Parrandas (The Night of Festivities). The street sounds entertain entire communities, and further serve as inspiration for Terry’s compositions. (“New Throned King,” his 2014 album nominated for best Latin jazz, married modern jazz with the arara music celebrated in Matanzas.)

“Each project is very particular, almost like a devotion,” said Terry. “Most musicians want to spend time rehearsing their instrument. For me, it’s important to do the research. I wake up and feel I have to go into the field.”