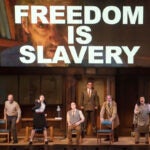 The Sinaloa Cartel, led by the recently captured Joaquín “El Chapo” Guzmán, is responsible for an estimated 25 to 50 percent of all illegal drugs that come into the United States through Mexico.

According to experts, Guzmán’s organization has annual revenues of more than $6 billion, and is one of the main culprits behind the spiral of violence in Mexico that has claimed more than 100,000 lives.

The Gazette spoke with Evelyn Krache Morris, an associate with the International Security Program at the Belfer Center for Science and International Affairs, about the effects of El Chapo’s arrest on the Mexican drug trade.

Krache Morris is writing a book on the history of Mexican transnational criminal networks and their impact on U.S. relations with Mexico.

GAZETTE: The number of people killed in Mexico due to drug-related violence is staggering. Between 2007 and 2014, there were around 164,000 deaths, more than the number of civilian deaths in the wars in Afghanistan and Iraq. And yet this tragedy doesn’t get a lot of attention here. Why is that?

KRACHE MORRIS: I think it doesn’t get a lot of attention because it doesn’t fit into what we have grown to understand as threats to the United States. It’s seen as a Mexican problem that doesn’t affect the United States because it’s not seen as a terrorist threat. It’s not ISIS or al-Qaida. And because of that, the violence is largely ignored. To the extent it is discussed, it is often in terms of “drug dealers killing other drug dealers.” That is as sophisticated as the rhetoric has gotten.

GAZETTE: What impact will El Chapo’s arrest have on the drug trade in Mexico?

KRACHE MORRIS: As long as there is money to be made, and with such a profitable market next door, this business is not going to go away, because if it’s not El Chapo, it’s going to be someone else. There is too much money to be made.

GAZETTE: How did he become the world’s most powerful drug trafficker?

KRACHE MORRIS: Separate from the fact that he’s a murderous criminal, he’s a very good businessman. In order to create and run an organization the size and scope of Sinaloa, that’s really a requirement. Also, he was quite adept at playing off other transnational criminal networks against each other within Mexico. El Chapo was, at least, the symbolic head of what most people call the Sinaloa Cartel. I think “cartel” is the wrong term, because his organization is involved in drug trafficking, particularly heroin and meth, but also in a number of other businesses, including smuggling people and pirated software.

GAZETTE: What’s the term you use to describe these criminal organizations?

KRACHE MORRIS: The term “drug trafficking organizations” gets closer, but drugs are only one of the products that these organizations are involved with. They’re also involved with things like avocado, limes, oil, and people. The term I like to use is transnational criminal networks, because that gets at the scope of what they’re doing.

Cartel implies they’re working together to fix prices, like OPEC. That’s not how these organizations function at all. They’re extremely competitive. Much of the violence is the result of competition among these organizations for routes and transit points, particularly into the United States.

GAZETTE: More than two decades ago, the drug trade was ruled by Colombian criminal organizations. How did the Mexican drug organizations take over?

GAZETTE: Were there other factors behind the emergence of the Mexican drug organizations?

KRACHE MORRIS: It was the dismantling of the Colombian drug organizations, but also the passage of NAFTA, which not only facilitated cross-border trade but also undermined Mexican agriculture. So you had lots of agricultural workers who were out of jobs and couldn’t support their families and were looking for something else to do. And one of the things they found was the drug trade.

GAZETTE: How big a business is the drug trade? Many experts say their revenues amount to those of big global companies such as Nike ($30 billion) and Facebook ($18 billion).

KRACHE MORRIS: The best number I found was $30 billion. It’s probably bigger than that now. It’s a multibillion-dollar industry spanning all across the globe. These Mexican transnational criminal networks are importing chemicals from China to make meth and fentanyl, or synthetic heroin, and they’re moving their products into the United States. They have connections in Europe, and they’re working with criminal organizations in Central America. They have a very broad reach.

GAZETTE: What is the role of these drug organizations in the violence that is engulfing Mexico?

GAZETTE: Does the United States have any role in this wave of violence?

KRACHE MORRIS: Mexico has stricter gun laws than the United States. About 75 percent of the guns used in Mexico are coming from the United States, where it is much easier to get them. States like Texas, where gun laws are quite liberal and share a border with Mexico, make it easy for guns to be trafficked into Mexico. The insatiable American demand for illegal drugs also, of course, contributes enormously to the violence and corruption in Mexico.

GAZETTE: How have the Mexican criminal organizations evolved since they took over the Colombian organizations? What’s their role in the opiate epidemic in the United States?

KRACHE MORRIS: Mexican organizations don’t sell much marijuana because it’s not profitable anymore. They’re into meth and heroin, which are extremely profitable.

They’re filling a void that was created in part by cracking down on the so-called “pill mills,” by which people were getting prescription painkillers or opiates. They became harder to find, prices went up, and that didn’t mean that people were going to stop using them, but that they were going to find a substitute product. It was the classic business model of product substitution. The Mexican organizations filled that gap with heroin and fentanyl. Poppies can be grown in Mexico, but heroin has a high labor cost because the sap has to be harvested from the poppies and then it has to be refined. Fentanyl is less labor-intensive because it is made from chemicals that can be imported and thus it’s more profitable than heroin.

GAZETTE: Speaking of profits, you’ve been advocating for more aggressive prosecution of the banks that have benefited themselves from laundering money from the drug trade. Could you tell us more about this?

KRACHE MORRIS: A number of banks, including HSBC and Wachovia, have paid fines as result of investigations into money laundering. But these have been for trivial amounts. And calling it laundering is, in some cases, glorifying it. Bank branches in the capital of Sinaloa reconfigured their deposit windows into the shape of the boxes that men would bring, full of dollars, to shove them under the windows. Every bank has a compliance department to ensure they’re adhering to all the rules they need to. If you’re laundering money for Sinaloa, and if you have windows cut in your branches to make it easier for people to shove their dollars through, you’re not in compliance. If senior-level people at these big banks were subject to criminal prosecution, I think the banks would tighten things up.

GAZETTE: What does it take to make a dent in the drug trade? Is it a combination of law enforcement, prosecution, interdiction, or maybe legalization?

KRACHE MORRIS: The real pie in the sky, which is never going to happen, is uniform federal legalization of drugs like meth and heroin so there is no interstate price arbitrage and the laws are the same as well as the tax rates. This would dramatically cut down the profitability. That’s not going to happen. I think a solution that might happen is cracking down on the banks.

GAZETTE: In your view, has the war on drugs been successful?

KRACHE MORRIS: The long answer is I don’t think it’s being taken seriously enough. I think there’s still this attitude that says, “If you use drugs, you get what you deserve.” Filling the prisons with drug users so they can meet other drug users, or drug dealers, is not a great answer. Rehab takes a long time, it’s expensive, and it doesn’t work with sound bites. The short answer is that it has been a failure.