A stronger sense of belonging 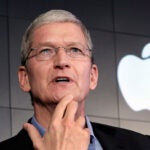 What Ana Barros ’16 most remembers about her freshman year at Harvard is the isolation she felt as a first-generation college student.

Overwhelmed at times by the ivied setting, Barros, who grew up in a house built by Habitat for Humanity in Newark, N.J., even skipped going to Annenberg Hall, the impressive freshman dining hall with stenciled ceiling, stained-glass windows, and walnut paneling.

“I went there two times,” said Barros on a recent evening at Adams House.

Jamaica Plain-bred Ted White ’17, whose father is an MBTA bus driver, felt the same way when he arrived in Harvard. With a wardrobe of T-shirts, shorts, and sneakers, he felt out of place among peers wearing boat shoes and button-down shirts.

“It was a culture shock,” he said, sitting next to Barros at Adams House, where he lives. “I felt I didn’t belong on campus, I felt I don’t think I’m supposed to be here.”

They don’t feel that way anymore.

Barros and White are members of the Harvard First Generation Student Union, which is hosting 1vyG 2016, a conference for first-generation students from Ivy League institutions, this weekend at Harvard.

The group expects between 300 and 400 students who are part of a new campus movement. Participants will exchange stories and discuss ways to ask for more institutional support to take advantage of the college experience. They’ll also try to shift the conversation around first-generation students by focusing on their contributions.

“So much of the discourse has been focused on what we lack,” said Barros. “We want to highlight that we’re valuable members of this community and we’re bringing something valuable to Harvard. We’re enriching this campus with our presence and we’re making it better.”

Over the past few years, the number of first-generation students at the College has grown from 5 to 15 percent, according to Niki Alicia Johnson, who directs the Harvard First Generation Program in the Admissions and Financial Aid Office.

Administrators will also take part in the conference because it will help them identify how the College can bolster student support, said Johnson.

Elite institutions have to respond to the demands of a changing student body not least because the benefits are shared among all, said Anthony Jack, a Ph.D. candidate in sociology and an associate doctoral fellow in Harvard’s Multidisciplinary Program in Inequality & Social Policy.

“When you support first-gen students, you are, in fact, supporting all students,” said Jack, whose research zeroes in on the often-overlooked diversity among lower-income undergraduates. “The opening of the dining halls last year here at Harvard and other initiatives to fight food insecurity on college campuses came about because of initiatives to help those from disadvantaged backgrounds that ended up helping international students and those who wished to stay on campus for research or rest.”

Harvard has made great strides in supporting first-generation students, said White, though more work remains. But the grassroots student movement has also changed attitudes about what it means be first in your family on campus.

“We’re carving a space to tell first-generation students that you have a home at Harvard, that you belong here,” said White. “That’s what the student union has done for me, and for all first-gen students.”

One of the highlights of the conference will be a dinner at Annenberg Hall. Both Barros and White relish the opportunity to go back to the imposing hall that made them feel intimidated when they first came to Harvard.

“It’s so overwhelming,” said Barros. “Somehow it encapsulated what I felt about Harvard during my freshman year: What am I doing here?”