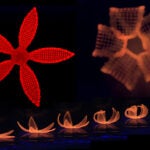 Muscle regeneration through mechanical stimulation may one day replace or enhance drug- and cell-based regenerative treatments, according to a new study by a team of engineers and biomedical scientists at the Wyss Institute for Biologically Inspired Engineering at Harvard University and the Harvard John A. Paulson School of Engineering and Applied Sciences (SEAS).

The study suggests that mechanically driven therapies that promote skeletal muscle regeneration could augment or replace methods currently being used. The finding was published Monday in the journal Proceedings of the National Academy of Sciences.

“Chemistry tends to dominate the way we think about medicine, but it has become clear that physical and mechanical factors play very critical roles in regulating biology,” said Harvard bioengineer David Mooney, the study’s senior author. “The results of our new study demonstrate how direct physical and mechanical intervention can impact biological processes and can potentially be exploited to improve clinical outcomes.” Mooney is a Wyss Institute core faculty member and the Robert P. Pinkas Family Professor of Bioengineering at SEAS. 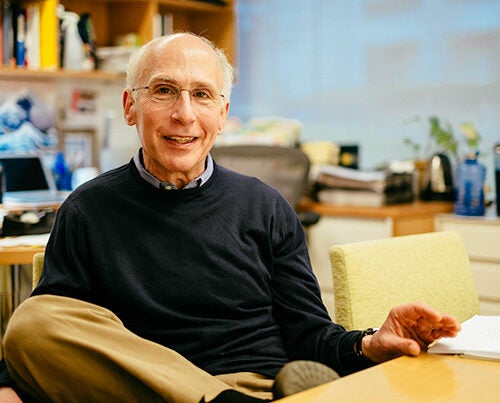 The multidisciplinary team spanning the Wyss Institute’s programmable nanomaterials and bioinspired robotics platforms was led by Mooney. It also included soft roboticist and Wyss core faculty member Conor Walsh, an associate professor of mechanical and biomedical engineering at SEAS and founder of the Harvard Biodesign Lab; and biomechanical engineer Georg Duda, a Wyss associate core faculty member, vice director of the Berlin-Brandenburg Center for Regenerative Therapies, and the director of the Julius Wolff Institute for Biomechanics and Musculoskeletal Regeneration at Charité-Universitätsmedizin Berlin.

In humans, up to half of body mass is made up of skeletal muscle, which plays a key role in locomotion, posture, and breathing. Although skeletal muscles can overcome minor tears and bruising without intervention, major injuries commonly caused by motor vehicle accidents, other traumas, or nerve damage can lead to extensive scarring, fibrous tissue, and loss of muscle function.

To alleviate severe muscle injuries, the team implanted a magnetized gel called a biphasic ferrogel, which would be in direct contact with the damaged tissue. Mice in another experimental group did not receive the ferrogel implant, but instead were fitted with a soft robotic, non-invasive pressurized cuff over the injured leg.

The ferrogel was subjected to magnetic pulses to apply cyclic stimulation to the muscle, while pulses of air allowed the cuff to cyclically massage the hind leg. Both groups received two weeks of localized mechanical perturbation using the two distinct methods.

The researchers discovered that cyclic mechanical stimulation provided by either magnetized gel or robotic cuff resulted in a 2.5-fold improvement in muscle regeneration and reduced tissue scarring over the course of two weeks, ultimately leading to an improvement in regained muscle function. The results confirmed that mechanical stimulation of muscle alone can foster regeneration, and the ferrogel implant and pressurized cuff resulted in very similar levels of regeneration.

“Until now most approaches to muscle regeneration have been biologic, relying on the use of drugs or cells,” said Christine Cezar, lead author on the study. “Our finding that mechanical stimulation alone is enough to enhance muscle repair could open the door to new non-biologic therapies, or even combinatorial therapies that employ both mechanical and biological interventions to treat severely damaged skeletal muscles.”

The direct stimulation of muscle tissue increases the transport of oxygen, nutrients, fluids, and waste removal from the site of the injury, which are all vital components of muscle health and repair. Mooney said one of the most exciting aspects of this research is that its translation to the clinic in the form of a stimulatory device could be relatively rapid compared to drug or cell therapies.

Down the road, the principle of using mechanical stimulation to enhance regeneration or reduce formation of scarring or fibrosis could also be applied to a wide range of medical devices that interface mechanical components with body tissues. Currently, clinical devices are often plagued by thickened tissue capsules that form at the intersection of machine and man. The team plans to explore how the findings can make the jump from the laboratory to the clinic.

“This work clearly demonstrates that mechanical forces are as important biological regulators as chemicals and genes, and it shows the immense potential of developing mechanotherapies to treat injury and disease,” said Wyss Institute Director Donald Ingber, who is a pioneer in the field of mechanobiology. “The challenge now is to advance this new mechanotherapeutic approach from the bench to bedside, where the real impact on human lives can occur.”

In addition to Mooney, Walsh, Duda, and Cezar, the authors of the study included Ellen Roche, a former doctoral student who completed her studies at the Wyss Institute and Harvard SEAS and is now a postdoctoral research fellow at the National University of Ireland, Galway, and Herman Vandenburgh, associate professor in the Department of Pathology and Lab Medicine at Brown University.