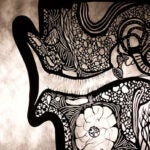 ‘The story of us’

After researching the devastating humanitarian effects of the deadly cluster munitions used in Afghanistan in 2002, Bonnie Docherty joined a worldwide campaign to eliminate them.

Six years after she started her probe, cluster bombs were banned. Her investigation on the use of cluster munitions in Afghanistan, and later in Iraq and Lebanon, was highly influential in a 2008 treaty, which 118 states joined in banning of these weapons.

For Docherty, a lecturer on law and a senior instructor at the International Human Rights Clinic at Harvard Law School, the battle to protect civilians from unnecessary harm continues.

Last month, Docherty traveled to Geneva to advocate for stronger regulations on incendiary devices, which she calls “exceptionally cruel weapons” that have been used in Syria, Libya, and Ukraine.

Docherty, who is also a senior researcher in the arms division at Human Rights Watch, recently sat down for an interview to talk about these weapons, killer robots, and her guiding principle: to protect civilians from suffering caused by armed conflicts.

GAZETTE: Before you became a disarmament advocate, you were a reporter for a local newspaper. Can you tell us about this part of your life?

DOCHERTY: After college, I was a reporter for The Middlesex News, now the MetroWest Daily News, outside of Boston, for three years. I covered mostly local news, government meetings, environmental issues, but I had the opportunity to go to Bosnia and embed with the peacekeepers for about 10 days in 1998. There was an Army lab in my town, that’s how I got the invitation to go to Bosnia. I had been interested in armed conflicts, but that trip definitely increased my interest in that field.

GAZETTE: How did you make the jump from suburban journalism to human rights and disarmament issues?

DOCHERTY: After I left the newsroom, I went to Harvard Law School. Right after graduation, I went to Human Rights Watch, which was a perfect mix of journalism and law because you go out in the field and you apply the law to what you find. My start date was Sept. 12, 2001, by happenstance, so whatever was planned was changed. Six months later, I was in Afghanistan researching the use of cluster munitions, which was my first exposure to disarmament issues.

GAZETTE: What are cluster munitions, and why are they so dangerous?

DOCHERTY: Cluster munitions are large weapons, such as bombs or rockets that contain dozens or hundreds of small munitions called submunitions. They’re problematic because they have a broad area effect — they spread over the size of a football field — and because many of them don’t explode on impact and lie around like landmines and explode in years or decades to come.

GAZETTE: How did your involvement with cluster munitions begin?

DOCHERTY: I went to Afghanistan, Iraq, Lebanon, and later Georgia to document the use of these weapons. I’ve spoken with dozens of victims of cluster munitions, but the story I remember the most is when I was in Lebanon with two students from Harvard Law’s International Human Rights Clinic in 2006. We were there doing field research after Israel used cluster munitions in Lebanon. We were at a restaurant, and someone asked us to go to the town of Halta immediately. When we arrived, we found out that two hours earlier a 12-year-old boy had been killed by a cluster submunition. He had been playing with his brother, who had been throwing pinecones at him. The boy picked up something to throw back at his brother. It turned out to be a submunition. His friend said, “Oh, no. That’s dangerous, drop it,” and when he went to throw it away, it exploded next to his head. When we were there, they were still cleaning up the pool of blood from his body. The Lebanese army found 10, 12 submunitions lying around right next to a village, waiting to kill or injure civilians, farmers, children.

GAZETTE: Your research on cluster munitions led you to become one of the world’s most widely known advocates against these weapons. How did this happen?

DOCHERTY: After years of raising awareness about the issue through field research, interviewing victims, witnesses, and military officials, I got actively involved in the campaign to ban them. This led to negotiations that lasted 15 months and ended up in a treaty that absolutely banned cluster munitions, which was adopted in 2008. That was the most rewarding professional experience of my life: to be part of the process from raising awareness to taking part in the campaign to seeing them banned. It was also great that I was able to involve students in all this work. They went on a field mission to Lebanon, saw the treaty negotiation, and helped write advocacy papers that were distributed to diplomats. To share that experience with them was really amazing.

DOCHERTY: Unfortunately, they are still being used, but not by the over 100 states that have joined the treaty. Those that have used them are certain countries that have no respect for international law, most notably Syria in recent years. There has been reported use in Ukraine, Yemen, and Libya. That’s something we want to condemn and work to eradicate, but the convention has had an impact on the countries that have joined and increased the stigma against the use of cluster munitions.

GAZETTE: Has the United States ever used cluster munitions? What other countries have used them?

DOCHERTY: The United States has not joined the treaty, but it has been influenced by the stigma of the treaty, and since the invasion of Iraq in 2003, it has only used cluster munitions in Yemen in 2009. After that, the United States has complied with the prohibition on the use of cluster munitions. The other major users are Israel, Russia, and the United Kingdom. The most egregious user is Syria’s Assad regime, which intentionally and recklessly has used these problematic weapons on civilians repeatedly in recent years.

GAZETTE: After cluster munitions, you turned your attention to incendiary weapons. What are those?

DOCHERTY: I continue to work on the implementation of the treaty on cluster munitions, but over the past few years I’ve been researching the use of incendiary weapons. These are weapons that create fire or injure by burning. The classic incendiary weapon is napalm. In my mind, these weapons are among the cruelest that exist today. They burn people to the bone. And for those who survive, treatment is required, which is likened to being flayed alive because doctors have to slough off the dead skin. The weapons also cause long-term deformities, psychological trauma, and victims have trouble reintegrating into society. While all weapons cause awful harm, these weapons are particularly cruel, to my mind.

GAZETTE: I understand you were in Geneva recently to take part in the session on conventional weapons, which include incendiary weapons. What were you doing there?

DOCHERTY: I was in Geneva with two students to release a paper on what should be done to strengthen international law on incendiary weapons. There is a treaty that regulates these weapons and was adopted in 1980, but the treaty is rather weak. Its definition doesn’t include all weapons with incendiary effect, most notably white phosphorus, which has been used a lot in recent years. It’s not only a smoke screen. When white phosphorous comes in contact with skin, it can burn you to the bone, and when you take off the bandages, your wounds can reignite. Also, the regulations for ground-launched weapons are weaker than for airdropped ones, and from a victim’s perspective, it doesn’t matter whether a weapon comes from the air or the ground. There is a reason to close these loopholes. An absolute ban would have the greatest humanitarian impact, but we’re calling on states to at least close the loopholes and amend the current treaty to make it stronger.

GAZETTE: Where are these weapons being used?

DOCHERTY: Again in Syria, which has been the most egregious user in recent years, but Human Rights Watch documented their use in Ukraine, and there have been allegations of use in Libya and Yemen. The Syria example sticks out for me. There is a report that came out recently and includes photos of children completely charred. It’s just unimaginable to comprehend the horror they must have experienced.

GAZETTE: Of the weapons you’ve researched, which one is the biggest killer of civilians?

GAZETTE: Your research has focused on governments’ use of these weapons. Did you find non-state armed groups that are using these weapons?

DOCHERTY: We documented the use of cluster munitions by Hezbollah. It’s frightening because it shows that these dangerous weapons are getting in the hands of non-state armed groups as well as countries. During the Lebanon-Israel war, I spent a week in Israel with a team of students researching the Hezbollah attacks on populated areas. Ten days later, I was in Lebanon doing research on Israel’s use of cluster munitions, with another team of students. And during the Gaza-Israel conflict in 2006, I researched both sides. The Palestinian rockets launched from Gaza into Israel were handmade and intentionally targeted civilians. The Israelis responded with artillery attacks in towns and villages that killed more civilians than the handmade rockets. We found international law violations on both sides.

GAZETTE: If you could compare governments and non-state armed groups, which one violates more international humanitarian law with the use of these weapons?

DOCHERTY: I’ve done more research on the use of these weapons by government forces than their use by non-state armed groups. But my research has included Hezbollah, Hamas, and various groups in Gaza. It’s a sign of the proliferation and its dangers, which is one reason why we don’t want these weapons in the wrong hands.

GAZETTE: You have said all the work you’ve done falls under humanitarian disarmament. Could you explain what that is?

DOCHERTY: Humanitarian disarmament’s goal is to end civilian suffering rather than protecting national security. It began in the 1990s with the Mine Ban Treaty. The Convention on Cluster Munitions was the next big step. Both treaties embody humanitarian disarmament because they seek to eliminate civilian harm caused by problematic weapons. My guiding principle is to try to minimize the effects of armed conflicts as much as possible and protect civilians from the suffering caused by war.

GAZETTE: Lately, you’ve begun research on killer robots. Could you tell us what those are and why we should be concerned about them?

DOCHERTY: Killer robots are also known as fully autonomous weapons. They don’t exist yet, but they’re in development. A killer robot would be able to identify a target and choose to fire on that target without any meaningful human control. They’ve been described as the third revolution in warfare after gunpowder and nuclear arms. They’re being developed in the United States, Israel, Russia, China, the United Kingdom, and South Korea. They’re a step beyond drones. A drone has a human making the kill decision. With fully autonomous weapons, you’d lose that human intervention. We find that deeply disturbing. And in my mind and in the minds of many others, that’s a threshold that should not be crossed.

GAZETTE: What will be the focus of your research in the next few years?

DOCHERTY: I’ll continue to work for stronger regulation of incendiary weapons, and also on killer robots, which are now at the top of the international disarmament agenda.

The field of humanitarian disarmament can be a slow process, but it can ultimately be successful. When I first went to Afghanistan to research cluster munitions in 2002, it was hard for me to imagine that six years later there’d be an absolute ban with the majority of states having joined in. I’m optimistic that in most cases determined advocacy, ongoing awareness, and research and documentation can lead to good disarmament results.