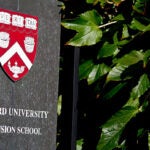 In October, Faust announced the creation of the HGI to support scholarship and programs that will deepen Harvard’s international engagement and promote University-wide research to address major global challenges. The institute will support projects that ally Harvard faculty and students with scholars from outside the United States to investigate problems of international consequence, produce findings, and advance goals in ways that achieve significant impact both here and abroad.

“The original impetus for the institute arose from the recognition that, although Harvard did not believe the establishment of campuses outside the United States to be advisable, there was nevertheless reason to consider building upon our existing intellectual presence at select international sites,” Faust said when the HGI was announced. “Such an effort, it was noted, might both strengthen existing programs and enable faculty without deep prior international experience to situate their work in a broader global context.”

In its inaugural year, the HGI will fund proposals for interdisciplinary research on issues that are of import to China and of relevance to other parts of the world. Research will take place on the Harvard campus and in China, where operational assistance will be provided by the Harvard Center Shanghai.

Funding will be available for both large and small grants.

The large-scale grants will support multi-faculty, cross-School, cross-discipline, integrative projects tackling problems or issues of global relevance that build on existing research and include significant collaboration with scholars in China and potentially in other countries. The funding for these projects will be $500,000 to $1 million annually, with the possibility for up to two years of funding.

Smaller grants will support innovative, interdisciplinary projects that also concern issues of global significance with a clear China focus. The projects may involve faculty from only a single School at Harvard, but preference will be given to cross-School collaborations. These grants will range from $50,000 to $100,000, also for up to two years.

The proposals will be reviewed by a committee consisting of the president’s senior adviser for global strategy, the vice provost for international affairs, and the vice provost for research. Based on this review, a subset of proposals will be chosen to participate in the final selection. The president will decide on the final awards by the beginning of the 2016–17 academic year.