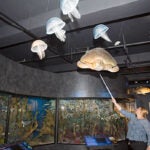 Some hope, no complacency, in Hu’s response to CDC report on diabetes

Is there light at the end of the “diabesity” tunnel? New data from the Centers for Disease Control and Prevention seem to confirm that recent reports showing the U.S. diabetes epidemic beginning to decline are not a statistical blip.

The CDC reported this week that the number of new diabetes cases in the United States rose by 1.4 million in 2014, a rate more than three times that of the early 1980s, but significantly lower than the 1.7 million of 2009.

Frank Hu, a professor of nutrition and epidemiology at the Harvard T.H. Chan School of Public Health and the principal investigator of the diabetes component of the landmark Nurses’ Health Study, responded to the CDC findings in an interview with the Gazette. While cause for hope, Hu said, these slim gains are no reason to relax efforts in the nation’s fight to reverse the epidemic.

GAZETTE: The Centers for Disease Control and Prevention released statistics showing new cases of diabetes declining from prior years in 2014. What is the significance of these numbers?

HU: I think the new data confirmed that the trend we have been seeing in the past several years is not an artifact; it’s real. So I think that’s good news.

The number of people diagnosed with diabetes increased dramatically from early 1990s until 2010-2011, then plateaued over the past several years, and came down substantially in 2014. I think the trend is pretty robust.

GAZETTE: Even with the decline, we’re still getting more than a million new cases in a year. What is the overall picture of diabetes today?

HU: The prevalence remains very high. That’s the reason it’s really too early to celebrate. We are still facing a diabetes epidemic and a major public health challenge in the U.S. and globally in terms of diabetes. Right now, almost 29 million people in the U.S. have diagnosed and undiagnosed diabetes. So that’s a huge number. And that large number of diabetes patients will have major implications for health care costs and impose a large burden on the health care system.

GAZETTE: What kinds of complications do you typically see with diabetes?

Diabetes is the most important cause of several other devastating complications such as blindness, non-traumatic lower limb amputations, and dialysis and kidney failure. That’s the reason it’s so expensive to manage and treat diabetes.

Right now, we don’t have a cure and people with diabetes have to be put on multiple medications to control their blood sugar. Eventually, those drugs are not effective anymore and these patients have to be put on insulin. It’s a lifelong treatment.

GAZETTE: How tightly bound are the diabetes and obesity epidemics? Is it possible to fight one without affecting the other?

HU: Obesity and type 2 diabetes go hand in hand. That is the reason we have this new terminology called “diabesity.” Obesity is the single most important risk factor for diabetes and the recent increase in diabetes in the U.S. and globally is largely due to rising obesity.

GAZETTE: Is the slowing growth in diabetes cases an indication that things are getting better with obesity?

HU: That’s an interesting question. Of course diabetes is a multifactorial disease, but, as I mentioned, obesity is the single greatest risk factor for diabetes.

In the past several years it looks like the obesity epidemic has plateaued in the U.S., although the last wave of data indicated a modest increase in women. But overall, when you look at the trend in the past decade, the increase has been much smaller. The plateau of the obesity epidemic may account for the plateau of diabetes prevalence and perhaps even a modest reduction in the diagnosed diabetes cases.

Another potential factor is an overall improvement of diet quality in the U.S. We published a recent paper in Health Affairs and, in that study, we found that there is modest improvement in overall diet quality in the U.S. That is primarily driven by two factors. One is that the consumption of sugar-sweetened beverages has declined by almost 25 percent and [the other is] the consumption of trans fats has decreased by 70 percent.

Those are major positive trends in terms of diet. Both factors are important for diabetes. There is also modest improvement in consumption of fruits and modest reduction in red meat intake.

Improvement in diet quality accounts for about a 12 percent reduction in diabetes prevalence in the U.S. in the past decade. That’s actually independent of changes in body weight and an interesting finding that hasn’t been widely described in the media or the literature.

GAZETTE: So the quality of our diet improving could have a positive effect on diabetes even if the obesity rate continues to inch up?

HU: If you look at the question from another perspective, the improvement in diet quality may have also contributed to the plateau of the obesity epidemic because we know that both quality and quantity of the diet are important.

We don’t have good data on quantity of dietary intakes — the number of calories consumed daily — but in terms overall quality it looks like there has been modest improvement. But we still have a long way to go in terms of achieving a more optimal diet quality. Overall, I think improvement in diet quality may have contributed to the plateau of both obesity and diabetes in the U.S. population.

GAZETTE: Any idea what might be working as far as intervention strategies?

HU: Sugar-sweetened beverage consumption had decreased substantially. I think there is increasing public awareness about the deleterious effect of sugary beverages on obesity and diabetes. And there are certainly more policies that have helped to reduce consumption of sugary beverages in schools, in government buildings, and perhaps in certain communities.

GAZETTE: Do we know how these numbers break down among subgroups?

GAZETTE: What is most important for the public to know about diabetes today?

HU: Diabetes is largely preventable by diet and lifestyle.

A lot of people think diabetes is a genetic disease and cannot be modified by what they eat and what they do. Diabetes runs in the family, but genetics plays only a small part in the diabetes epidemic. Unhealthy diet and lifestyle account for the vast majority of type 2 diabetes cases.

That’s the reason we need multipronged approaches to tackle this problem. We need to encourage people to change their diet and lifestyle, their behavior, habits, and I think equally important — perhaps more important — to create a healthy environment that can facilitate and support individuals to adopt healthy behaviors.