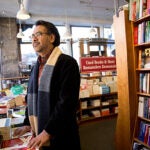 Ronald Schouten is the director of Massachusetts General Hospital’s Law and Psychiatry Service and an associate professor of psychiatry at Harvard Medical School. He has been studying the psychology of terrorism since the 9/11 attacks broadened his focus beyond workplace violence. In a conversation with the Gazette, he fielded questions on the attack in San Bernardino, Calif., and the psychology behind both terrorism and the fear it spreads.

GAZETTE: How does someone get self-radicalized in a case like San Bernardino, where there doesn’t appear to have been recruiting?

SCHOUTEN: I have two recent examples — I can’t go into too many details — of people who became self-radicalized and who fit the pattern found in several studies. One is a case I testified in out in Seattle where the defendant killed one police officer and wounded another. He was self-radicalized as an adult around the issue of police brutality.

He raised an insanity defense and after evaluating him, I testified that he was criminally responsible. Rather than the crime being result of a mental illness, it was an act of political violence, for the purpose of influencing the behavior [of] police officers. He was convicted on all counts. No one reached out to recruit him to do this; he was self-radicalized.

I have another case of an adolescent who has engaged in all sorts of bad behavior who’s also self-radicalized. He reached out and found his way to ISIS on the Internet.

Both of these are people who felt out of place in society because of their race, their ethnicity; who felt isolated from the rest of society and unappreciated in their personal lives. They were in search of an identity … in search of a sense of purpose, a sense of belonging.

There’s one very poignant [communication] that this adolescent has with the ISIS recruiter — and they are very good, by the way; it’s just amazing; they’re like pedophiles in terms of cultivating relationships, grooming the people they try to attract — and basically the recruiter asked him, “Why would you want to come here? Why would you want to leave the United States and come to the worst place on earth, where all this stuff is going on?”

And you know, [he responded], “My school threw me out. I don’t have any friends. My friends betrayed me. Girls won’t go out with me. Everybody’s on my case. Nobody cares about me. My parents don’t care about me. I’m looking for a real brotherhood.”

GAZETTE: Is there an element of mental illness in the people who go through this process of radicalization?

SCHOUTEN: What do you mean by mental illness? We have to define our terms. One of the fallback positions is that there are two choices in the world. If he’s Muslim, he’s an Islamic terrorist. Otherwise, if he’s a white guy, he’s mentally ill.

[Fred] Calhoun and [Steve] Weston have this wonderful graphic in one of their papers, called “The Pathway to Violence.” It depicts how violence starts out with a grievance, real or imagined, justified or not. If I don’t see any resolution to that grievance — no one is listening to me, no one pays attention to me, no one supports me — the only way for me to solve this problem is through an act of violence.

And then people start to fantasize about carrying out the act of violence. They get used to the idea, they develop an affinity for the idea and then they start to prepare for it, and they may test it out, they may rehearse it, they may probe the target.

GAZETTE: Are there opportunities for intervention at different stages?

SCHOUTEN: If you can intervene, if you can catch people at one of those points before the ultimate acts of violence, you can potentially reverse the process. So for the kids who are getting recruited by ISIS, if we can find out about that, we can potentially intervene. Our thinking on this, in many ways, is along the lines of what you do with kids who are vulnerable to being pulled into gang violence.

We talk about violence as being in two broad categories, reactive or predatory. Reactive violence is spur-of-the moment, triggered by a recent event or interaction — road rage, workplace or school shooting. Someone gets upset, they have access to a weapon of any type, and they respond to the situation by using the weapon. It’s usually highly emotional in terms of triggering the event and carrying it out, then the emotion drops out.

Predatory violence — targeted violence — is planned; it’s not impulsive. There’s generally less acute emotional arousal, and the intention arises from longstanding beliefs. What makes San Bernardino confusing is that clearly they were preparing to do something. But we’re confused by the fact that there was a conflict or an apparent argument at this holiday party, and he goes home and comes back with his wife, fully armed, and kills 14 people and wounds 19. So that’s a confusing situation. It’s going to be very hard to sort that out until we get a lot more detail.

Violence is the intersection of three sets of variables: individual risk factors, environmental factors, and triggers. So, you’ve got individual risk factors, and there’s a whole host of them, depending on the type of the event itself. They include personality traits, life experiences, ability to dehumanize the victims — the people whom I’m going to hurt are less human than me, they deserve what I’m doing.

GAZETTE: When you get to the point when you walk in with the gun, are the decisions essentially made? Is it too late at that point for people to change their minds?

There was a piece in The New Yorker sometime in the last year, about a young man who’s now attending college who was planning a shooting in his high school with his two friends. And they actually went into the school armed.

They fortunately had done what an awful lot of people do and they’d revealed their intent to others. Basically somebody tipped off the police, the police were there and they intervened and this kid called it off. So he clearly had some ambivalence. His was the classic story of him being bullied, feeling like an outcast. These other kids felt the same way, and they were going to do what they knew had been done at other schools.

This identification with other acts of violence — whether you call it copycat phenomenon or inspiration or a combination of the two — is very common, whether in school shootings, workplace shootings, terrorist activities. That’s why we worry so much about the increase in these incidents. School shootings in Europe and the U.S. routinely cite the perpetrators at Columbine as inspiration. It’s one of the reasons why we encourage the news media not to use the names of these people because we don’t want people to say, “Wow, I could be as famous as so-and-so and so-and-so if I do this. If have nothing else in my life I might as well be famous.”

There’s something called the Herostratus syndrome. Herostratus was the guy who burned down the temple of Artemis at Ephesus in 356 B.C. And when the Greeks caught him and tortured him, prior to his execution they asked him why he did it. And he said, “Because I knew I wouldn’t ever be known for anything in my life. I wanted to be known for something.”

GAZETTE: How about the public’s response? In this political season, you have the opposition trying to criticize the current administration and see who can be more strident on this. Is that creating a feedback loop with the broader fear in the country?

SCHOUTEN: Cass Sunstein has a wonderful article, I think it’s from 2003, called “Terrorism and Probability Neglect.” One of the things that he lays out is the notion that terrorists understand three things. One, the principal thing to inspire fear is the belief that something else bad is going to happen, that you’re in danger from us. So we’re going to increase your sense of risk.

What would increase that sense of risk? One thing is the availability heuristic. If there is a recent event, I believe there’s a higher probability of another event like it occurring. That’s reinforced by the copycat phenomenon. People do imitate and are inspired by the acts of others.

The second thing is people perceive greater risk and are more frightened of things unfamiliar to them or viewed as harder to control. So terrorism by people from a minority group we don’t know, random acts of violence by people we don’t know, who are unfamiliar, makes us feel that we’re at great risk. It helps explain why there is so much more fear generated by violence in the name of ISIS than by the Planned Parenthood attack.

And [terrorist groups] also understand the notion of probability neglect. That says that when strong emotions are involved, the risk is viewed as much higher than the statistics would justify. So terrorists understand that and use those tools to disrupt society.

If I’m a politician and an event occurs and I want you to support me, I want to encourage you to be anxious and then convince you that I am the one who can do something about the threat. I want you to keep it in mind and I’m going to increase your sense of risk and take advantage of that because I want the availability heuristic to be active. I’m going to make you think another one is imminent, and I’m going to attach the blame to a specific group, preferably a minority group, because you’re unfamiliar with them, they’re scary. I’m going to suggest that under the current administration they’re uncontrollable, but that I can control them. I’m going to take advantage of your increased sense of risk.