An Rx for the T 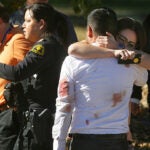 After last winter’s record snowfalls caused equipment failures that forced system-wide shutdowns and major, near-daily service delays, a host of expert panels, consultants, and government officials pushed for immediate and future reforms to get the perennially debt-ridden agency back on track. Changes to the T’s financial oversight and upper management were made, and new equipment was purchased, but the troubles are far from over.

The long-planned Green Line extension into Somerville and Medford stalled and may be canceled after it was revealed in August that cost overruns could exceed $1 billion. Late-night T service, which began in 2014, has failed to attract enough riders to justify the $14 million annual loss and is likely to get the axe. Just last week, riders on the Red Line, which passes under Cambridge, endured several days of delays because of signal problems, rider injuries including a fatality, and a train that sailed through several stops with riders aboard but no operator at the controls.

Charles Chieppo is an Innovations in American Government Fellow at Harvard Kennedy School’s Ash Center for Democratic Governance and Innovation. A veteran Massachusetts public policy adviser, consultant, and T gadfly, Chieppo has issued a new analysis identifying key issues plaguing the system and recommending changes. The Gazette spoke with Chieppo about the challenges facing the T, the progress so far, and what’s still needed as winter nears again.

GAZETTE: Many studies calling for systemic reform of the MBTA have been done in recent years, and yet little has improved. If anything, service is worse, and costs are higher now. What prompted this analysis?

CHIEPPO: The reason I really wanted to do it was because now, for once, there is a real focus on these issues, especially with the winter coming again. People are thinking about the T, are thinking about trying to make it work. We’ve got this finance and management control board, so I feel like it’s one time when maybe we can actually focus some attention on it. It’s kind of the “last best chance to really get something done,” is the best way to put it.

GAZETTE: Ridership is at an all-time high, and yet costs persistently outpace revenues. You cite rail line expansion, the para-transit service for disabled passengers known as The Ride, and bus maintenance as very costly areas that ought to be reformed. What are the problems?

CHIEPPO: Boston is not one of the faster-growing metropolitan areas in the country. And yet, over 25 years, the MBTA has been far and away the fastest-growing transit system in the country. That’s fine if you’ve got a way to pay for it — to build the new stuff and to maintain it and to operate it — but we did it all on a credit card, essentially. No one thing is responsible for the way the T is today, but I would say, certainly, uncontrolled expansion is first among equals in terms of what has gotten us here.

Greenbush, extending several commuter rail lines, the Green Line extension, the Silver Line: I’m by no means saying that all of these were bad projects. It’s just it was all done with no funding mechanism. That was a huge problem. What we need to do is to stop until we can get this $7.3 billion maintenance backlog under control. Going forward, when we take on expansion, it needs to be not just based on “Can we afford to build the line?” It needs to be based on “Can we afford to build it, can we afford to operate it (because these all lose money), and can we afford to maintain it?” We don’t want to get back into this robbing Peter to pay Paul to build new lines, and taking the money from maintenance.

With The Ride, when the Executive Office of Health and Human Services can provide the same service for basically a third of the cost, there is a problem. And I think there’s clearly a problem with the model that the T uses to provide those services, which is three statewide contracts that create incentives for the contractors to do as many trips as possible, which means never doubling up on passengers who may be going from the same place to the same place, that kind of thing. If they’re doing essentially the same thing for a third of the cost, the T has got to take a look at changing the way they’re providing that service, because it certainly seems to me that there are serious savings you can achieve there without cutting the service or creating more of a problem for the really vulnerable people who are using it.

Bus maintenance: We’ve got this opportunity to take advantage of a three-year moratorium on the Pacheco law, which makes it very, very hard to privatize anything. Gov. [Charlie] Baker said, and I think he’s right, that nobody is looking to do wholesale privatization at the T, but when you’ve got one discrete service that costs a lot of money and that, when compared to the five transit systems that are most like the T, essentially costs twice as much as those systems do to maintain buses, then you’ve got a fiduciary responsibility to see if we can get a better deal by contracting out the bus maintenance. Frankly, I suspect that we can.

GAZETTE: How is it that T bus maintenance costs per mile rank highest among 452 other systems nationwide, and 92 percent higher than the average of five peer cities?

CHIEPPO: The T has about 60 percent more maintenance employees per vehicle revenue mile — that’s a typical measure in the transit industry — than these other five agencies, and I think that’s a big reason for it. Other studies have shown that the maintenance work that the T does is not terribly effective. [A study by Gregory Sullivan,] the former inspector general, a couple years ago showed they were doing a lot more maintenance, and yet they had twice as many breakdowns as the Minneapolis-St. Paul bus system, which was a good comparison because not only is it the same size as the T in terms of the bus fleet, but it’s also a similar, horrific climate.

GAZETTE: We know the trains are decades old, but are the buses so old that they can’t be repaired?

CHIEPPO: Over the decade leading up to 2013, the T’s buses were almost exactly the same age as the buses in the other five comparable [city transit] agencies. In 2013 they were, on average, about 40 weeks older. That wouldn’t account for maintenance costs being nearly twice as high.

GAZETTE: You say fares have to go up. What increase would realistically reduce the repair backlog without driving riders to ride-sharing and private services like Uber, Lyft, or Bridj, or getting back in their cars?

CHIEPPO: When you get to the financial situation that the T is in, there are no good options. You are forced to make really bad choices, and this is an example of that. We can’t do big fare increases because, you’re right, we don’t want to push people out. We’re talking about 5 percent every two years, something like that.

The other thing that I’ve advocated looking at is low-income fare discounts. This is something the smart-card technology has now made possible. There’s a program that started last winter in Seattle, and I’m very eager to get some real numbers on that. And what they’re doing is if you’re below 200 percent of the federal poverty level, you get a half-price fare. I don’t know if we can afford it. The reason I’m very interested in looking into it is because one of the basic ideas behind transit is to promote economic growth. A big part of economic growth is providing a way for people of limited means to get to jobs and to have an opportunity to climb the economic ladder. Now the problem, in the T’s case, the T has to get that money back. The T can’t afford to give that money away, so the whole thing comes down to “Can you make the service good enough so more affluent people will stay on it?” And to me that question is all about customer service.

GAZETTE: You propose the T adopt a “customer-service culture.” How can that be accomplished when the existing management and staff have never operated that way, and with a union that’s quite powerful and resistant to change?

CHIEPPO: The T has to undergo total cultural transformation. It really has to be a service that is all about customer service because, you’re right, it has to compete with Uber and Bridj and Lyft, and it has to provide the service that’s good enough to attract, or at least keep, more affluent people using it. You don’t want a system that is a last resort. You’ve got to make the service reliable; you’ve got to make it comfortable. This is why I really am pushing for this idea that you have a set of metrics related to the customer experience, [like] on-time performance. This is going to take time.

This is not a problem that Gov. Baker will have enough time to completely solve, even if he wins a second term. It’s going to take new management; it’s going to take public pressure; it’s going to take these customer-service metrics being put online; you’re going to need some legislative changes so that you can change, for example, some of the abuses in the pension system, so that you don’t have a system where people have an incentive to just hang on and not do anything. You’re going to have to have real consequences. You’re going to have to have a situation in which there’s a relationship between job security and compensation and performance. You’ve got have something to provide that motivation for people to change the way they do things.

GAZETTE: What changes should/can lawmakers make to initiate meaningful reform, and what’s been preventing them from taking this on before now? And does the business community need to lean on state officials to get things moving?

CHIEPPO: I started writing about the T and the problems it was having financially and where it was headed in 2000. Nobody paid attention, which was really frustrating. But now I think attention is being drawn to these specific needs. We’ve had some real important changes with the finance and management control board, with the exemption from the Pacheco law. Legislators need to look at some serious changes to the MBTA pension fund, which is just a mess. At the very least, you’ve got to make it completely public. By some strange quirk, it’s considered a private trust, so we don’t know a lot of what’s really going on there; we just know it’s failing financially. It is a black box. The right thing to do is to create a plan, and this is difficult to do financially, in which new employees transfer to the state pension fund, and over time we simply phase the MBTA pension fund out.

I think we’re making progress. All the moves that have been made recently are right on. I think the real challenge is going to come over time because the fact of the matter is that we’re in such a deep hole here that it’s going to take a lot of hard decisions over an extended period of time. And the issue becomes one of maintaining the kind of political will we have right now over an extended period. And that’s really hard to do. [In terms of business pressure,] if you look at the estimates for the lost productivity last winter, it was staggering. In a way, that’s good because what that means is that the pressure won’t let up. The pressure to fix this will continue and will be ongoing, and that’s what’s required here.