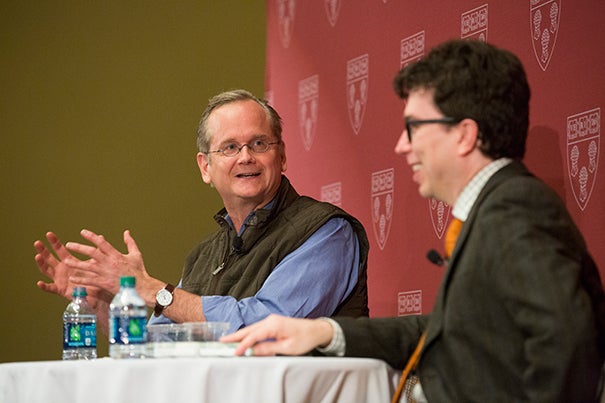 They bad-mouth you to work colleagues behind your back; they angrily demand the impossible from everyone but themselves; they make unwanted comments about your attire.

At some point in our careers, most of us have come across someone known as a “toxic worker,” a colleague or boss whose abrasive style or devious actions can make the workday utterly miserable. Such people hurt morale, stoke conflict in the office, and harm a company’s reputation.

But toxic workers aren’t just annoying or unpleasant to be around; they cost firms significantly more money than most of them even realize. According to a new Harvard Business School (HBS) paper, toxic workers are so damaging to the bottom line that avoiding them or rooting them out delivers twice the value to a company that hiring a superstar performer does.

While a top 1 percent worker might return $5,303 in cost savings to a company through increased output, avoiding a toxic hire will net an estimated $12,489, the study said. That figure does not include savings from sidestepping litigation, regulatory penalties, or decreased productivity as a result of low morale.

Despite their seeming ubiquity, quantifying bad apples is an understudied area.

“Most of the work in organization design and human resource management has been focused on what I would say are ‘positive outliers’ — the really top performers,” or star talent, said economist Dylan Minor, a visiting assistant professor of business administration at HBS and the paper’s co-author. “[As] it turns out, we’ve all had personal experiences where we have a worker on the other side of the distribution [who], rather than really helping performance, actually hurt performance in one way or another.”

Looking at the existing academic literature on negative performance, Minor said it soon became clear how little is known about who these workers are, where they come from, how productive they are, or what effect they have on organizations and other employees. And because of privacy restrictions, much of that research is based on laboratory results, not real life.

The term “toxic” is meant to convey both a person’s ability to cause harm and their propensity to infect others with their bad attitude, said Minor, who is here from the Kellogg School of Management at Northwestern.

“I wanted to look at workers who are harmful to an organization either by damaging the property of the company — theft, stealing, fraud — or other people within the company through bullying, workplace violence, or sexual harassment,” he said. “The other reason I chose the term ‘toxic’ is that, as I find in the empirical study, it also tends to spill over — that if you are exposed to these toxic workers, then you become more likely to ultimately be terminated … later on.”

Analyzing rarely available employment data on nearly 60,000 workers across 11 companies, the study focused on only the most egregious kinds of toxic behavior: conduct that resulted in a worker’s termination.

The data suggests that toxic people drive other employees to leave an organization faster and more frequently, which generates huge turnover and training costs, and they diminish the productivity of everyone around them.

Although not part of the study, Minor said client customer surveys indicate that toxic workers “absolutely” tend to damage a firm’s customer service reputation, which has a long-term financial impact that can be difficult to quantify, he said.

Who is most likely to be a toxic worker? The research shows three key predictors. First, whether a person has a very high level of “self-regard” or selfishness. Because if such people don’t care about others, they’re not going to worry about how their behavior or attitude affects co-workers.

Second, feeling overconfident, which can lead to undue risk-taking. “Imagine you’re going to engage in some misconduct and steal something from your company. If you think the chance that you’re going to get away with it is much greater than it really is, … you’re more likely to engage in that conduct,” said Minor.

And lastly, if a person states emphatically that the rules should always be followed no matter what, watch out.

“That is kind of counterintuitive. In a simple world, we would just ask someone, ‘Do you always follow the rules?’ And if you do, then of course, you’re not going to ever break them. But I find very strong evidence in my study that those that say ‘Oh no, you should always follow the rules’ — versus those that say ‘Sometimes you have to break the rules to do a good job’ — that the people who say ‘I never break the rules’ are much more likely to be terminated for breaking the rules,” said Minor.

Getting rid of toxic workers is often difficult because they’re also more likely to be high performers, or to be perceived as such, which can blunt or blind supervisors to the true depth of their impact on the workplace.

“A natural question I get from people is ‘Why would anyone have a toxic worker? That’s crazy!’” said Minor. “But then you realize they’re incredibly productive. And so, it makes sense then that maybe managers would look the other way because they’re really hitting all their productivity numbers.”

Rooting out toxic workers not only stops the immediate harm they’ve been causing, but acts as a deterrent for others tempted to go down the same path. “Literally, the worst thing to do is to not do anything, which happens a lot, unfortunately,” Minor said.

Hiring decisions that only consider an applicant’s potential upside, or prioritize it over other traits and skills, open the door to toxic workers, said Minor.

“Most managers, if you ask them, ‘Do you want to have someone who cares more about others?’ They’d say, ‘Of course, I want that.’ But at the end of the day, most of them aren’t hiring much based on that.”

By considering someone’s potential toxicity as well as their productivity, managers might hire employees who don’t look like world-beaters on paper, but will, in the end, bring more value to an organization.

Managers and human resource staffers should take a more holistic, multidimensional hiring approach, one that values productivity and corporate citizenship, said Minor, for as the study makes clear, having good people working for you who care about others, and keeping the bad ones out, is not just a nice thing to do, it’s good for business.