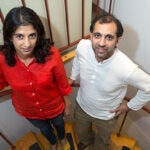 Following a scathing 323-page report, the World Anti-Doping Agency (WADA) accused top Russian athletes, athletic trainers, coaches, physicians, law enforcement, and even the country’s anti-doping agency and official drug-testing labs of participating in an elaborate and long-standing scheme to assist and conceal the widespread use of performance-enhancing drugs in Russia.

Former WADA President Richard W. Pound, a co-author of the report released Monday, said the extent of Russian doping was “the tip of the iceberg,” comparing what the report called Russia’s “deeply rooted culture of cheating” to the notorious state-sponsored campaigns run by the former Soviet Union and East Germany three decades ago. The report said Russian athletes accounted for 225, or 12 percent, of all drug violations recorded in 2013. WADA called for lifetime bans on five athletes and coaches and has recommended the International Association of Athletics Federation (IAAF) suspend the All-Russia Athletic Federation from international competition. IAAF President Sebastian Coe said that the panel would consider immediate sanctions against Russia that could include temporary or full suspension.

Russian athletic and political officials said that individual athletes are to blame, not the state, and they said that doping in Russia is no greater than what occurs in other countries. One member of Russia’s physical education committee said that WADA was leading a politically driven campaign by the West to undermine Russia’s athletic success.

Eugen Dimant studies unethical behavior and co-authored a working paper, published earlier this year, on the economics of corruption in sports that he worked on while he was a 2014–15 visiting fellow at Harvard’s Edmond J. Safra Center for Ethics. Now a postdoctoral researcher at the University of Pennsylvania, Dimant spoke with the Gazette about the Safra Center report and the difficulties in detecting and punishing doping in athletics.

GAZETTE: What do you make of the WADA report? Were you surprised by any of the findings?

DIMANT: We knew that investigations were ongoing since a documentary in 2014 aired in Germany that investigated how Russia was involved in doping practices. The German documentary triggered this investigation. We are surprised at the extent. It’s more damaging than expected. We all thought Russia was involved in doping cases in the past, and it resembles East Germany and how [it] handled doping in the past. But what is surprising is how conducive the Russian sports environment is to [behaving] unethically and how systemic this whole problem is.

GAZETTE: How does this compare to the most recent FIFA (the international soccer governing body) and International Olympic Committee (IOC) bribery scandals?

DIMANT: In these FIFA bribery scandals and the IOC, the higher-ranked officials [were] pocketing money, agreeing to sell the rights to broadcasting, things like that. In this doping case, it’s very different because it’s about the core values of sports; it’s about having fair competition; it’s about ensuring that people who pay for the sports actually get to see fair competition. This is more problematic, really, because it attacks the core values and now renders questionable whether we can believe in fair competition or whether it’s just that the people with a lot of money are buying results and buying themselves into these competitions.

GAZETTE: What would motivate Russia to orchestrate this kind of campaign and cover-up?

DIMANT: In Eastern Europe, sports is a very important part of the culture, especially track and field. The Russian culture very much identifies itself through sports. There’s definitely some geopolitical perspective in it, as well. The report states that even the FSB [the Russian Federal Security Service] was involved, threatening lab staff not to cooperate with WADA and instead getting rid of positive blood-doping tests, and things like that. Russia immediately replied that the allegations are politically motivated because [Russia has] always done extremely well in sports. It was a way for them to prove the country’s global standing, basically. And right now, with the current economic struggles, it seems reasonable that Russia would try to outcompete and do what it can do to remain in this position.

GAZETTE: Having adequate testing labs doesn’t seem to prevent doping from happening on a broad scale.

DIMANT: You’re right, and that’s a problem. In Russia, the report says it became a systemic issue where it’s not only athletes, it’s government officials, it’s trainers, it’s coaches, but it’s also high-ranking officials at the IAAF. They accepted bribes and accepted the fact that they wouldn’t [provide] the Moscow anti-doping lab [data] as they should. When the news broke that WADA would come and actually test Moscow’s anti-doping lab, they got rid of 1,400 blood-doping files. They just removed them so no one can check whether they’ve tested positive or not. So just having an institution doesn’t mean it will work; you need somebody to follow through with them, which was not the case in Russia.

GAZETTE: Is the decision to dope or to facilitate doping by a state or organization driven by the same calculations and incentives as [those of] an individual athlete?

DIMANT: Obviously, from an individual perspective, it’s about prize money, it’s about setting records, things like that. From a state perspective, the stakes are way higher. There’s way more money involved; that’s one reason. Two, there’s a lot of cross-country reputation, so there’s a lot of risk at stake that you will lose the reputation of being the dominant force in the sport. From a country perspective, it’s called a “prisoner’s dilemma,” where no nation wants to fall behind, and they justify their behavior by saying, “It’s not only us who do that. Other countries do this as well. You just haven’t caught them yet, so in order to level the playing field, we’ll do the same.” That’s what the WADA report said, something like: Russia is not the only country, but they just orchestrated the systemic doping to a ridiculous extent.

GAZETTE: With increased scrutiny, more-sophisticated testing, and heightened punishments for doping, are we seeing more cheating than decades ago, or does it just appear that way?

DIMANT: This is difficult to answer for the following reasons. One is, we have a lack of data and, especially, a lack of reliable data. We make this point in our paper: that the estimations vary tremendously based on the fact that doping and corruption by definition are happening under the surface. And there’s a statistical effect that we shouldn’t underestimate. You might have the same magnitude of doping as you had say 30, 40 years ago, but now you’ve improved the approach to uncover doping cases, and now you just see more. But that doesn’t mean that there’s actually more — you just observe more. So now it’s hard to say if we actually have more doping, but we actually uncover more doping than we have in the past. We have higher stakes involved, people are now more willing to dope because they can win more, so the return on doping is higher than it was before due to betting platforms, more prize money, media exposure, stuff like that. Many studies suggest that there might be something like between 25 and 50 percent of doping at the top level and below 10 percent of doping cases at the elite level. But these are just rough estimations; they’re not overly reliable.

GAZETTE: What could or should be done to reduce the incentives to doping both on an individual and institutional level?

DIMANT: WADA suggests a couple of points. They suggest that the whole Russian Federation should be excluded from the IAAF, and they also suggest that this Moscow anti-doping laboratory should have its accreditation revoked. They also want Russian athletes expelled and excluded from international competition. The problem with this is that it will require a great deal of political willingness to follow through. There’s a lot going on with Russia right now, and this just adds more noise and more problems. I think the IAAF said they’re thinking about excluding [Russia] from the Olympic Summer Games in Rio de Janeiro. My personal opinion is [that] I doubt that this will actually happen, but this is what should be done to set an example.

From an economic point of view, there are different ways to tackle this problem. You can try to increase the costs of doping by trying to have more-sophisticated measures of uncovering it by increasing the prevalence of randomized testing. Or you could reduce the benefits, you could reduce the prize money, and have less incentive to dope. The problem with this [approach] is that if you reduce the benefits, then you reduce the overall attractiveness of sports, which makes it unlikely to happen. We discuss this in the paper too. You can also try to increase the incentives for self-reporting and whistleblowing. I believe this is not going to happen anytime soon, but I hope that the IAAF will actually implement some measures in terms of excluding some people from some competitions and make this case salient.

GAZETTE: What’s likely to happen next as a result of this report? Is there a process to be followed?

DIMANT: I believe the officials will come up with a list of things that Russia has to follow through on as quickly as possible in order to not be excluded from the Olympic Games. Russia will definitely have the option to justify and respond to the accusations, which they did already in the media. But then what will happen is the IAAF will maybe put an ultimatum on them and tell them, “Either you comply with these rules, or we will remove your athletes from competition.” I believe the outlook is more gloomy than that. As soon as the media coverage goes away, people will sort of forget about it, and this case will be swept under the carpet until the next big outbreak. With the FIFA scandal still ongoing, that dominates the media, at least here in Germany where I’m visiting. I don’t know what it’s like in the U.S. I believe people are like, “Oh, we always thought Russia was doing something fishy; now we know.” But in two weeks, no one will talk about this.