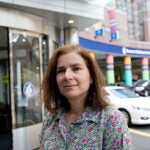 Taking care on painkillers for kids

The system adopts an approach — tracking searches for key words and phrases such as “flu,” “flu symptoms,” “treating the flu” — that has been tried before with varying levels of success, but combines it with additional data to improve accuracy.

The result, according to Samuel Kou, a professor of statistics, is the most precise method yet.

“If you see a spike in search volume, it probably indicates that something is going on,” Kou said.

The history of tracking the flu using search data goes back several years. The most notable effort, Kou said, was that of Google Flu Trends, released in 2009 and discontinued last summer. Though Google Flu Trends used sophisticated algorithms and was revised repeatedly, its predictions often missed the retrospective analysis of the Centers for Disease Control and Prevention, which tracks actual reports of people with flu-like symptoms seeking medical attention across the country.

CDC data are considered something of a gold standard in disease surveillance, Kou said, but it takes one to three weeks for reports to be compiled, making it hard for public health officials to stay ahead of the flu.

Though most sufferers recover relatively quickly, the disease can be deadly, killing 500,000 annually around the world. In the United States, it kills an estimated 3,000 to 5,000 people each year.

The approach, called ARGO, for AutoRegression with Google search data, combines Google data with historical records from the CDC and information on seasonality of the flu. It also accounts for changes in the inner workings of Google’s search engine and shifts in search behavior. People learn as they search for information, Kou said, changing their queries and becoming better searchers.

“If I want to search for something, I do it better now than I did two years ago. Besides, Google’s search engine evolves, and so does the interaction between people and the engine,” Kou said.

The project began about a year ago after a casual conversation on the topic between Kou and Santillana, who also has an appointment at Harvard-affiliated Boston Children’s Hospital. The team is currently working to make ARGO open source and widely available.